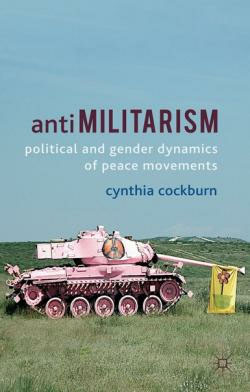 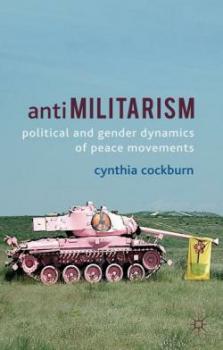 I’ve never been that drawn to reading histories of the peace movement but this book, with its particular perspective, has been an exception. I do like a bit of theory and this book has just enough of it, accessibly written, to provide a framework for analysing and understanding the diverse cross-national case studies offered.

The framework is a feminist one which, as Cynthia Cockburn argues, ‘has opened up a pathway for the left’, and is a necessary rather than optional tool for understanding power relations, the relationship between masculinity and militarism, and the ‘continuum of violence’ that stretches from inequality in everyday life to the battlefields of current conflicts.

She provides a rich exploration of differing responses within the peace movement to ‘militarism as mindset and militarisation as practice’, notably those informed by the concept of nonviolence which seeks to prefigure a world without, or with less of, the everyday violence of militarism.

The case studies are written with personal perspectives that bring them alive. The concise histories of the UK peace movement and War Resisters International, in relation to women’s struggles within it, are enlightening; the examination of anti-militarist struggle in Spain, Korea and Japan are fascinating, not least for an understanding of how movements in different countries differ; and the focused examination of the anti-NATO protests in Strasbourg in 2009 and the cross-cultural solidarity actions for Gaza in Leicester in 2010, provide very readable and valuable evaluations of these events.

The studies reveal tensions within and between groups with many divergent principles and  strategies, some of which are difficult to reconcile, and despite significant gains, women continue to struggle to get their voices heard within organisations. Many still choose women-only groups to mitigate at least one part of their struggle.

Yet a picture emerges of the peace movement as a social movement, collective action ‘by people who think about what they are doing’. The complex diversity of groups mobilising around militarism, spanning political and religious as well as gender perspectives, are united by a desire for ‘a different common sense’ that questions the inevitability of war and raises the possibility that we do not have to choose violence.

Rich in reflection and awareness, this is a book that should be read by anyone involved in campaigning, man or woman, who desires to be effective, to engage people and to make a difference.