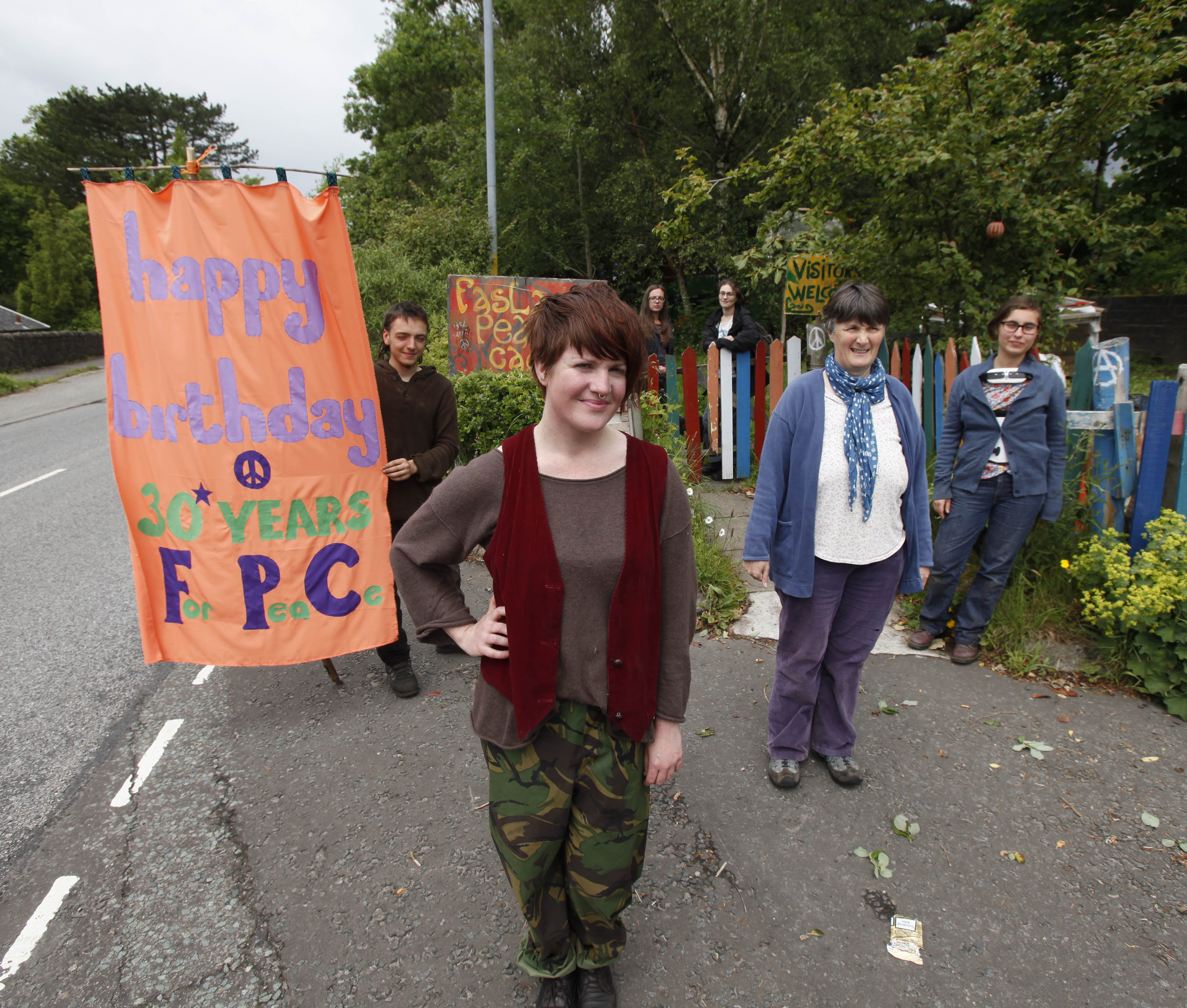 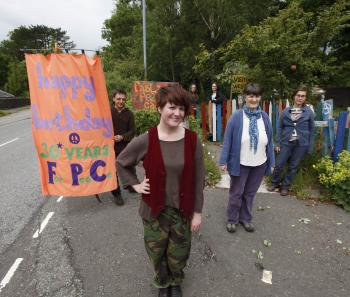 The Scottish Independence debate has created a situation in which Scotland, where most of us are categorically opposed to nuclear weapons, has the potential to refuse to continue to host the British nuclear weapons system. With a lack, south of the Border, of alternative venues anywhere near as strategically important as Faslane, coupled with the current financial climate and the upcoming decision on Trident replacement, this could effectively force the UK government toward nuclear disarmament.

It is this political climate that is keeping the current campers focused and active. The time for anti-nuclear action is now. For the first time in decades, we have a tangible opportunity to set the ball rolling for nuclear disarmament. The small group of us at the Peace Camp are committed to keeping Trident in the media and in the minds of the people of Scotland as they prepare to decide their political future.

To this end, and to commemorate the 30th anniversary of the camp this month, we announced a campaign of 30 Days of Direct Action from June 9th to July 9th. We have been causing mischief daily in the form of trespasses, blockades, banner drops, vigils, workshops and protests. We take our inspiration from the years of activists that have come before us, breaking minor laws and putting their freedom on the line to uphold the greater law of humanity.

Nuclear weapons are immoral, illegal and maintain a world order of power that is unjust and unfounded. For as long as they are here, we at the camp will be here. A reminder that their very existence as part of an acceptable defence strategy represents a lack of morality and a violence at the very heart of our society. We, the people of Scotland, can send a clear message to the UK government and we have the power to make them listen. We implore you, come! Join us!

Slipping into the water on 13 June to manoeuver around the fence blocking the bay at Coulport, Leonna and I were expecting armed marines to come out of the shadows and arrest us at any moment, but all was silent.

To our amazement, navigating the hills approaching Coulport and the fence perimeter undetected proved a little too easy. We made our way over a temporary jetty and razor wire fencing to the main fence enclosing the SOCPA-designated area [the Serious Organised Crime and Police Act criminalises trespass at certain ‘national security sites’].

A push up and over, a dance through the coils of razor wire on top, and I was in. After gaining a surprising distance inside I was arrested by an MOD police dog- handler.

Our initial intention for this action was simply to see how far we could get. A test, if you like, of the security of what should be the most heavily guarded naval base in the UK. What is stored at Coulport has the capacity to permanently damage or destroy all life on this planet, even by accident, yet two relatively inexperienced peace campers, without tools, were able to get within yards of the Explosives Handling Jetty where fully-armed Trident nuclear warheads are loaded onto the nuclear-powered submarines.

This action was part of our 30 Days Campaign. For us, direct action is an effective way of disrupting the running of the nuclear weapons system at Faslane and Coulport, as well as highlighting the sheer absurdity that these weapons, reportedly here for our protection, are simply not safe. Media coverage and being prosecuted through the courts for charges like SOCPA give us forums to challenge the morality and very legality of these undemocratic and horrifying weapons.
Angus Chalmers has been a Faslane Peace Camper since Feb 2011

When I came from my home town in Germany to live at Faslane Peace Camp, I was wondering: ‘Where are all the peace activists in Scotland?’ In Germany, where there is a thriving anti-nuclear movement, I have kettled a nuclear power plant with thousands of people. I have sat laughing and enjoying the warmth of countless fellow protesters on a railway track to stop a train loaded with nuclear waste.

When we are holding our weekly vigil at Faslane, with a handful of Trident Ploughshare and CND friends, I am always asking myself ‘Where are all the peace people? The members of CND? The people who want Britain to get rid of nuclear weapons?’ This is the home of the nuclear weapons, this is the time for resistance and we struggle to gather the eight people needed for a successful blockade.

Partly my wishes have started to be fulfilled during the 30 Days of action. I strongly feel that this current political climate presents a good opportunity to gather the anti-nuclear movement again and make ourselves visible and organised in Scotland.

Here young activists are meeting with experienced ones and learning from them so that the knowledge gathered over the decades of dedication is passed on.
I want to sit with hundreds of lovely people on the road to Faslane! I want people – I want you – to get onto the street and protest against Trident.

Leonna O’Neill has been a Faslane Peace Camper since February 2011.

Angus Chalmers has been a Faslane Peace Camper since Feb 2011

Julia Herzog has been a Faslane Peace Camper since July 2011.