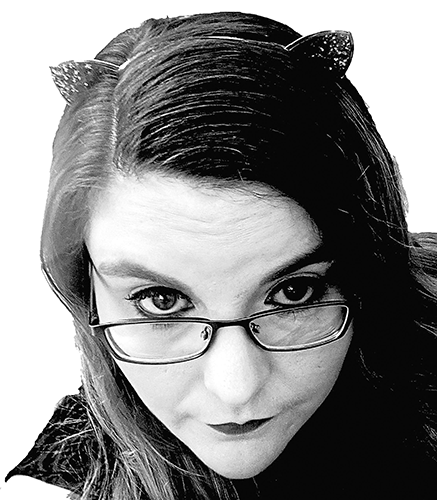 It’s not often a work of televised fiction comes along that I would call important.

Watching Russell T Davis’ new five-part miniseries, It’s A Sin, for me, ‘important’ was the only word to describe it.

The series focuses on the lives of a group of young, gay men and their friends, in London during the height of the AIDS crisis in Britain. It’s A Sin is, unsurprisingly given the topic, tough viewing; I am not ashamed to admit I wept.

I was born in London in 1985, at the height of the UK AIDS epidemic. My father is a staunch straight ally, often taking me to Pride as a child. He raised me to know that love, however it is expressed, is always something beautiful – something to be cherished and celebrated.

Because of the timing of my birth, I remember the sorrow of seeing friends get thinner, sicker, as their immune systems failed them. I remember the hospital admissions. I remember the fear of one ‘aunty’ that she would be forgotten, having died before she could make her mark in the world, the virus having robbed her even of her chance to be a mother herself.

I remember the sorrow in people’s eyes; the forced smiles as they tried to shield my childhood from their grief. Living through COVID-19 has given me a fresh perspective on what the community I would come to call my own, the LGBT+ community, went through; watching It’s A Sin has hammered it home.

Although I am a relatively well-informed bisexual woman who grew up on the periphery of the AIDS crisis, I learned a lot from It’s A Sin; particularly regarding the shocking state violence inflicted on patients by Thatcher’s government.

By, of and for

It's A Sin is important for another reason; it was written and directed by, and stars, members of the gay community.

This drama is a fictionalised telling of British gay history, told by members of the British gay community.

While I do not wish to detract from the brilliant and moving American fiction that’s been created about the AIDS crisis (particularly Angels in America), it is different, not to mention closer to home, to see the British side of the story.

Russell T Davis has spoken openly about how his own life inspired many of the details in the series. ‘The Pink Palace’, the London flat shared by the group of friends in It's A Sin really existed.

One cast member, Nathaniel Hall, has spoken openly and knowledgeably in the media about what it is like to live with HIV in today’s Britain, including the ongoing social stigma often rooted in out-of-date information.

HIV is no longer a death sentence. The words ‘undetectable viral load’ are as beautiful and moving as any symphony.

Because of modern medicine, Nathaniel Hall and others whose HIV is controlled are not only healthy, but it has been scientifically proven they’re unable to transmit the virus.

This, combined with pre-exposure prophylaxis (PrEP) – a combination of HIV medications designed to prevent infection with the virus – for their partners, means that HIV+ people can now enjoy sex without the physical barrier of a condom.

But this is not the case for everyone. In the Global North, people who are unaware of their HIV+ status still run the risk of getting sick, passing on the virus and dying. In the Global South, even those who have access to testing may not have consistent, or any, access to medications.

If HIV medication is not taken consistently, it can quickly lead to drug resistance, making the HIV of that individual (and of anyone they may infect) very difficult to treat. As always, it is refugees, internally displaced persons and people in poverty who are most at risk.

We will probably never know the true impact of AIDS, and COVID-19, in the Global South. Reporting bias, apathy and the assumption that people everywhere are doing as well as people in the West is doing active harm to people living with HIV/AIDS around the world.

It's A Sin is a stark, honest, touching and often funny (Thatcher’s coffee!) reminder of what people experienced then, and continue to experience today.

I urge everyone to get tested.

For the 33 million we lost, and the 38 million living with HIV/AIDS today.

Rebecca Elson-Watkins is a differently-abled writer, reader and geek.