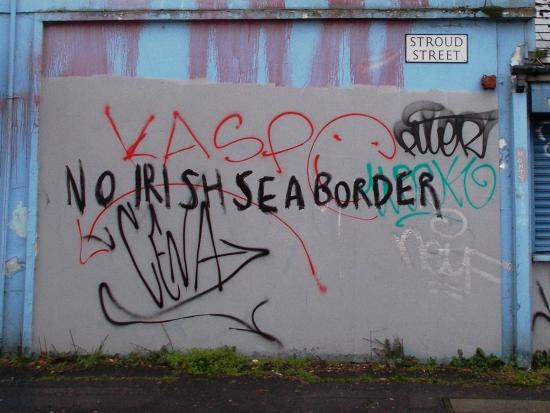 Both unionists and nationalists need to start thinking creatively about possible futures inside and outside of the UK, says Rob Fairmichael

A Quick guide to NI
by PN staff

As many readers will know, the Northern Ireland mini-state was created when the British government partitioned Ireland 100 years ago, on 3 May 1921.

Since then, there have been people in NI who want to reunite the six NI counties with the rest of Ireland – they’re known as ‘nationalists’ and ‘republicans’. Against them have been those who want to maintain British rule over NI – known as ‘unionists’ and ‘loyalists’.

Northern Ireland is not part of Britain (Wales, Scotland and England) but it is part of the UK, whose full name is ‘the United Kingdom of Great Britain and Northern Ireland’. (The word ‘Northern’ was put in in 1927.)

There is a religious side to this division, as most nationalists/republicans have been and are Catholic and most unionists/loyalists have been and are Protestant. However, these ‘religious’ terms are more cultural or tribal than religious in the narrow sense – and both categories include non-believers.

‘Be careful what you wish for’ should not be an argument against working for change but it should be a strong argument for careful analysis and planning – and taking others’ views into account.

The DUP had the option, when Theresa May was prime minister, of all the UK staying in alignment with the EU and having a ‘Norwegian’- or ‘Swiss’-style UK-EU agreement.

Their decision to back a stronger Brexit has been a disastrous gamble for them which has created an ‘Irish Sea Border’ between Northern Ireland and Britain.

This means that lorries can drive across the border with the Republic of Ireland (which is in the EU) without any checks having to take place.

But goods going from Britain to Northern Ireland do have to be checked (because they’re entering the EU single market), even though there are no tariffs to pay.

This has created an ‘Irish Sea Border’, causing a certain amount of pain and anger, particularly among unionists and loyalists (the more extreme elements of unionism including paramilitaries). Threats have been made to port inspection staff at Larne, on the north-eastern coast.

Some unionists and loyalists have been calling on the UK government to use Article 16, an emergency measure to derogate (diverge) from the part of the protocol causing serious problems. This would allow trade to flow more freely.

Then, foolishly, it looked like it was the EU commission which was going to invoke Article 16, over a vaccines dispute with AstraZeneca – before the commission pulled back, after expressions of horror from all sides in Ireland.

A new opinion poll shows the DUP suffering a haemorrhage of support to Jim Allister’s Traditional Unionist Voice (a more right-wing party even less inclined to compromise). This does not bode well for co-operation in Northern Ireland.

Although, in the other direction, the cross-community Alliance Party is shown to continue to do well.

While some issues to do with the Northern Ireland Protocol will be resolved by mutual agreement with the EU, there are many that may not and, in any case, considerable bureaucracy is likely to remain.

The rhetoric from unionists and loyalists is ramping up. It remains to be seen how much it remains just rhetoric.

The maximum flexibility is required from the EU to defend peace in Northern Ireland – but this also needs Britain to co-operate.

Perhaps the opportunity for ‘the best of both worlds’ (remaining part of the UK but also being freer to trade with the EU) just might outweigh unionist anger. But at the moment, the pressure is increasing and that brings the risk of violence from loyalists if the trajectory continues.

‘Be careful what you wish for’ also applies to those working for a united Ireland, and those, such as Sinn Féin, who want a referendum on unification (a ‘border poll’) to take place within a few years.

According to the Good Friday Agreement, a united Ireland can be brought about if, in a referendum held in Northern Ireland, there is a ‘50 percent + 1’ vote in favour of unification.

On the one hand, if a ‘50 percent + 1’ vote in favour of remaining in the UK means Northern Ireland does just that, it is then unfair if a ‘50 percent + 1’ vote the other way doesn’t lead to a united Ireland of some description. But how does this happen? How soon does this happen? And what guarantees of fair treatment would unionists and Protestants receive?

A ‘yes/no’ binary referendum can be very divisive, even destructive, as the de Borda Institute frequently points out. A ‘united Ireland’ which has not gone through a fair process of engagement with everyone is going to be a failure for a long time.

Loyalist violence and intransigence could accompany unification if done badly. If Irish nationalists feel the fair wind, at the moment, is in their direction, they would do well to take it easy and not rush anything.

Loyalist commitment to any form of democracy in relation to a united Ireland is far from certain, despite their rigid majority-rule views in the past.

While many unionists and loyalists may refuse to engage in such a process, and therefore make it difficult, a referendum delivering an arithmetic majority in favour of a united Ireland should not mean a united Ireland the next day.

But it might mean that unionists and loyalists who had previously been reluctant to engage with any process would see the writing on the wall and decide that it was in their interests to do so.

In other words, if a referendum does give a majority for unification (and it might well not, even in a few years’ time, despite changing demographics), it should not be seen as the end of a process but the start or continuation of another.

Nothing is written in stone and much more needs to be spelled out by those who favour a united Ireland so that people can make an informed judgement.

In the 19th century, economic interests in the north of Ireland, with industrialisation and dependence on a British market, contributed to the growth of staunch unionist feeling.

The realities today are very different. Northern Ireland is nearer to being an economic basketcase than an economic powerhouse.

It is possible that now, in the 21st century, economic interests will pull the North more towards unification with the Republic. But this is neither a certain nor a speedy process, and issues of health and social security may determine the result.

Jude Collins, in the republican Andersonstown News of 30 January, states that ‘the south’ (the Republic of Ireland) needs a health service that matches or surpasses the NHS in the north before any border poll.

He emphasises that unification means an entirely new state – ‘we need to be open to radical, maybe uncomfortable change: a new national anthem, a new flag, Stormont as a regional Assembly, a guaranteed number of unionist places in the Dáil’ (the Dáil being the parliament in Dublin).

This is starting to think creatively.

Unionists need to think creatively too about the future, either for NI-in-UK or how a united Ireland could give them the protection they would seek in such a circumstance.

There are further dangers for Irish neutrality (the Republic not being in NATO) in such a scenario – though in any case the EU is becoming increasingly militarised.

The best hope Northern Ireland has is that people break away from the strait-jacketed and polarised views of past divisions and look at opportunities for the future anew.

This is not impossible but it is a big ask and needs a huge amount of work and goodwill to take place. And the more uncompromising extremes can thrive in any void of uncertainty and misinformation.

Rob Fairmichael is the co-ordinator of INNATE (Irish Network for Nonviolent Action Training and Education): www.innatenonviolence.org