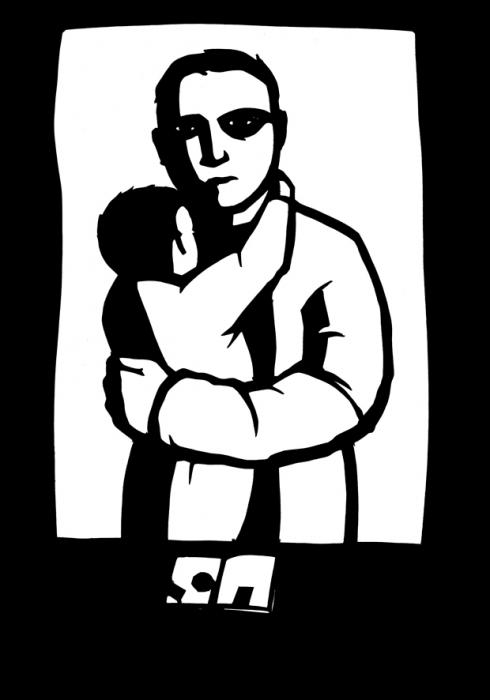 Has the pandemic changed the media’s approach to immigration?

The British press is notoriously hostile in its coverage of immigration. It is a deeply-ingrained campaign, one that rears its head in inflammatory language, unjust and unfounded associations, and a startling lack of empathy for the harrowing situations that immigrants often face.

But at the height of the first lockdown, a notable softening in attitudes occurred.

Immigrants were universally lauded for their immense contributions on the pandemic’s frontline, with even the staunchest of anti-immigration voices displaying appreciation for their sacrifices.

In light of the symbiotic relationship between public opinion and press coverage, now is a good time to assess how the latter responded to this softening. Did a notable shift in language occur, or is the hostile and divisive coverage still just as present?

Before the pandemic, press coverage of immigration was marked by xenophobia and divisiveness.

Immigrants were depicted in all manner of harmful ways, from criminals to benefit scroungers, all of which served to drive home a number of falsehoods regarding immigration’s social and economic impact.

For example, the repeatedly-peddled notion that the ‘immigrants are overwhelming the UK’ appears to have taken root in the public consciousness.

A 2018 Ipsos MORI survey found the average guess at the size of the UK’s immigrant population to be 24 percent, despite the actual figure standing at 14 percent.

When headlines such as ‘Massive surge in migrants trying to reach Britain’ are published on a regular basis, it is easy to see where such inflated perceptions stem from.

It is important to note that the British media’s approach to immigration is unique within an international context.

A UNHCR study into press coverage in five different European countries found the UK to be the most negative and polarised, with Britain’s right-wing media ‘uniquely aggressive’ in its campaigns against refugees and migrants.

Journalists use a number of techniques to push the anti-immigrant agenda. One technique is called ‘semantic framing’.

By repeatedly mentioning immigrants in certain contexts – such as criminality – an association between immigration and crime builds up in the public consciousness.

The following headline, for an article published in the Daily Mail on 4 October 2019, is a good example of semantic framing:

Interestingly, though words such as ‘criminal’ or ‘illegal’ do not feature directly, the article is still using a ‘villain’ frame.

The migrants in question are described as being ‘on the run’, a phrase that not only implies wrongdoing, but is frequently used in relation to escaped criminals.

Further to this, the headline says that migrants were ‘caught’ crossing the Channel, rather than ‘spotted’ or ‘found’. In doing so, it implies that those undertaking the perilous journey are guilty of a crime.

The ‘villain’ frame is incredibly common in media coverage of immigration. A 2013 Migration Observatory study found that, across all newspaper types, the most common word used to describe immigrants was ‘illegal’.

A study by Statewatch found that the ‘villain’ frame was used in 47 percent of the 648 migration-related articles that they analysed.

These findings point to the existence of a systematic campaign to associate immigration with illegality.

Some policymakers, organisations and media outlets use ‘migrant’ as an umbrella term for all persons who change their country of residence. However, in the UK, ‘migrant’ is widely used to refer to people who willingly move countries to improve their standard of living.

But the people mentioned in the headline (‘Migrants go on the run in the English countryside...’) are almost certainly asylum-seekers.

On 3 September 2020, the director general of the government’s visa and immigration service (UKVI) stated that, of the 5,000 people who had completed the Channel crossing in 2020 up to that point, 98 percent had claimed asylum.

By using ‘migrants’ instead of ‘asylum-seekers’, the journalist is merging the two categories into one negatively-charged label.

This blurs crucial differences between immigration and asylum, and, in doing so, deprives the reader of important information regarding asylum-seekers’ unique circumstances.

For example, by suggesting that ‘illegal immigration’ is taking place, the perfectly legal basis for seeking asylum is excluded from the narrative.

The UNHCR study mentioned above found this example of inaccurate labelling to be particularly common in articles in the UK media, suggesting a calculated attempt to blunt any feelings of empathy among readers.

The key question is whether press coverage has changed in light of the change in attitudes towards immigrants that occurred during the first lockdown.

Based on the available evidence, there are grounds to suggest that it has. This headline, published in the Daily Mail on 16 December 2020, uncharacteristically draws attention to the government’s degrading treatment of asylum-seekers:

Not only does the headline shed light on the stark conditions facing detainees, it correctly refers to the facilities as ‘asylum seeker camps’ rather than ‘migrant camps’, thus providing the reader with accurate information and avoiding the confusion discussed in the previous example.

With this in mind, press coverage appears to have responded to the increased awareness of the situation of asylum-seekers that has occurred during the pandemic.

Having said this, there is also evidence to suggest that there is as much hostile coverage as there was before the first lockdown.

The following headline – published in the Daily Mail on 5 November 2020 – refers to the same camps discussed in the previous example, but uses markedly different language and carries a far more negative tone:

Interestingly, this headline uses the word ‘migrants’ to refer to the inhabitants of the camps, despite the previous example – from the same publication – correctly using ‘asylum seekers’.

This reveals a deliberate and conscious attempt by the newspaper to merge together ‘migrants’ and ‘asylum-seekers’, which in turn indicates the persistence of the pre-pandemic approach.

Additionally, the 5 November headline brings in the ‘villain’ frame through its deliberate mention of the police being called.

This also suggests that many of the long-standing themes used in press coverage of immigration are still just as present, and, therefore, that the pandemic has not led to any meaningful change in the media’s approach to this topic.

The headlines we’ve discussed are small examples of wider trends.

On the one hand, there is evidence to suggest that the unprecedented events of the last year have triggered a softening in press coverage of immigration – a softening that follows the lead given by public opinion.

However, there is also still quite a lot of negative rhetoric, suggesting there is some way to go before truthful and considerate reporting is the norm.

Cameron Boyle is a political correspondent for the Immigration Advice Service:
www.iasservices.org.uk