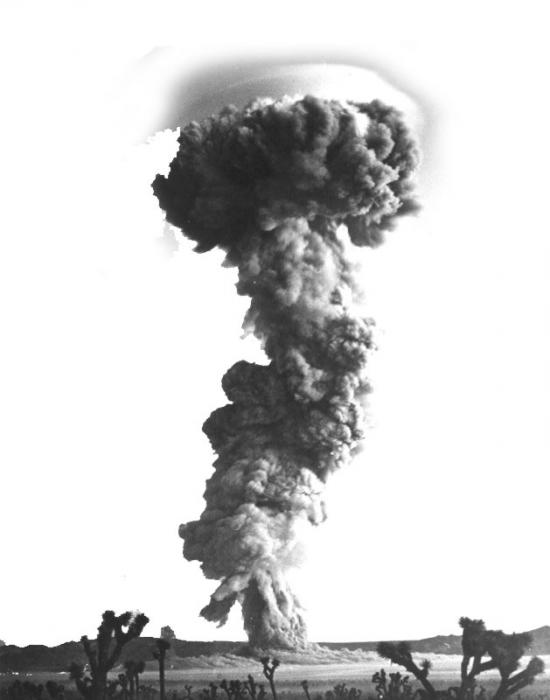 The US has accelerated funding of its warhead plans

It is just over a year since the UK government notified parliament of its plan to develop a new nuclear warhead. The surprise renationalisation of the Atomic Weapons Establishment (AWE) last summer was obviously made in the context of the plan, but probably had more to do with AWE’s repeated failures on safety matters.

Beyond this we’ve learned very few specifics about the warhead plan, but various events provide some clues.

The Bomb we have

There is no officially-published information about the UK’s current warhead, sometimes known as the ‘Holbrook’ warhead.

We do know the government is partway through a life-extension programme to upgrade its whole stockpile to the ‘Mark 4A’ version of the current warhead.

The upgrade doesn’t change the plutonium and uranium components, but it does involve replacing electronic components, such as the arming, fusing and firing system. The Mark 4A upgrade is thought to provide an increase in reliability, and perhaps also in destructive power, which has allowed the UK to reduce its total number of warheads without any change in its capabilities.

The destructive power of the UK warhead is widely thought to be around 100 kilotons (kt), around seven times more powerful than the bomb dropped on Hiroshima. Up to 40 warheads are carried on each submarine.

The original Holbrook warhead had an option to detonate with a smaller explosion, but this is thought to have been phased out in the mid-2000s.

The warheads are carried on US-made Trident missiles, giving the weapons system its common name: Trident.

Similarly, any missile that replaced Trident would need to be fully compatible with all currently deployed warheads and submarines. However, current indications are that Trident missiles will be kept in service longer than the new warhead through additional future life-extension programmes.

The UK government were forced into their warhead announcement by developments in the US.

The US government needs congressional approval for its budgets and asked for money to start a new warhead programme in Fiscal Year 2021. The budget request was for $53m in FY2021 (which runs from October 2020 to September 2021), with a plan to more than double the budget each year until FY2025, when the programme would cost $1.1bn.

This new US warhead will be known as the W93, and it will be the first new warhead built in the US in three decades. Unsurprisingly, this proposal was controversial and attracted significant attention and pushback from congress. The US already fields two main types of Trident warhead: the W76 and the W88.

The UK warhead is very similar in design to the W76, which has also recently received the Mark 4A upgrade.

Additionally, a small number of W76 warheads were converted to the W76-2 configuration under the Trump administration. These are intended as ‘tactical’ nuclear weapons, with an estimated explosive power of less than 10kt.

The W88, a much more powerful weapon than both the regular W-76 and the UK warhead, has an explosive power of about 455kt. It is also partway through a life-extension.

The intended purpose and justification for the new W93 warhead has not been made public, despite concerns that congress might refuse to approve funding. It isn’t intended as a direct replacement for either the W88 or the W76. An internal memo that was leaked to the Guardian speaks vaguely about it being a ‘hedge’ against something going wrong with either of the two existing warheads.

In a hearing of the armed services committee of the US House of Representatives, the head of US Strategic Command refused to even confirm that the W93 was a new warhead. Instead, he called it ‘a new programme of record’.

This vagueness suggests the W93 is a warhead in search of a justification. Key technical details are clearly yet to be decided.

US plans speed up

The W93 programme, which was known as the ‘Next Navy Warhead’ in FY2020 budget documents, was not originally expected to begin until FY2023. It has obviously been moved forward.

Part of the reason for this will likely have been bureaucratic planning for the possibility of Donald Trump losing the 2020 election. Starting the programme while he was in office, has made it much more politically difficult for his successor to quietly kill it off.

The other potential reason for moving the programme forward is to support the UK warhead programme.

From the outset, the US administration has touted the potential for the W93 to support a ‘parallel’ warhead project in the UK, resulting in the US accidentally announcing British plans before they had been officially made public.

‘Supporting the UK’ was a key argument used by the Trump administration in their congressional budget battles, and the British defence secretary took the highly unusual step of writing to members of Congress claiming the ‘future of NATO as a nuclear alliance’ was at stake.

In December, the permanent secretary at the ministry of defence said there would be ‘very significant implications’ for the UK’s plans if the US did not fund the W93.

"The ministry of defence said there would be ‘very significant implications’ for the UK’s warhead plans if the US did not fund the W93."

In the event, the budget passed by Congress fully funded the W93 at the level requested by the Trump administration.

The Biden administration is expected to publish a nuclear posture review which will give a clearer picture of the programme’s fate. It’s more likely the focus for any US policy change will be land-based missiles capable of reaching Russia (ICBMs).

So the W93, and by extension the UK’s warhead plans, appear to be safe for the time being, but what have we learned?

Firstly, and unsurprisingly for anybody paying attention, the UK cannot develop nuclear weapons alone and is entirely reliant on its links with the US programme.

The UK may need certain technical parameters to be decided before it can proceed with its designs – or there may be experimental testing work that can only be carried out in the US.

Either way, it is clear that key elements of the design will be determined by the US with the UK following its lead.

Secondly, the US W93 doesn’t yet have a settled size, range or ‘mission’. It might partially replace some of the two current US Trident warheads, but is intended to exist alongside them.

If the explosive power of the W93 is yet to be determined, the same will be true of the new UK warhead. While the UK government may be aiming for a like-for-like replacement of the current warhead, design work will not have got that level of detail yet.

What is known is that the W93 is intended to be lighter than its predecessors, allowing it to strike targets at a greater distance using the same Trident missile.

Given the need for compatibility, it is very likely that an increased range will be one of the consequences of the UK warhead upgrade.

What isn’t known is the reason for the apparent urgency from the UK.

The Mark 4A upgrade was in progress as of December, and is expected to keep the current warhead in service for another 30 years.

The government had previously said that producing a new warhead would take about 17 years.

The moving forward of the W93 project suggests that either something changed, or some interdependency between UK and US plans came to light that hadn’t been previously appreciated.

However much the government would like to present their warhead plans as settled and beyond debate, there are clearly a lot of open questions and potential openings for public pressure. Nuclear Information Service will be looking into these issues in our next large report.

David Cullen is the director of Nuclear Information Service: www.nuclearinfo.org