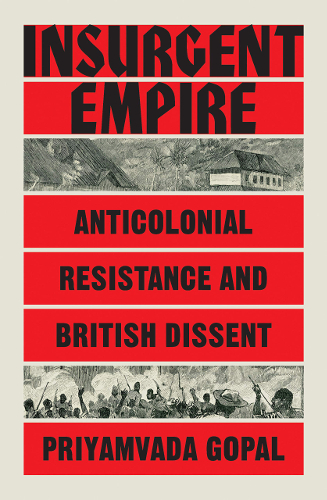 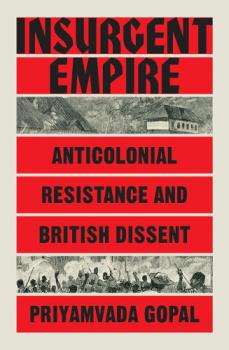 In this book, Cambridge university academic Priyamvada Gopal confronts the now infamous 2014 YouGov poll which found 59 percent of Britons thought the British empire was ‘something to be proud of’.

Resistance to empire was frequent, she notes, with connections formed between critics of imperialism based in the UK and rebels in the colonies.

Furthermore, Gopal argues that a form of ‘reverse tutelage’ took place, as insurgents and the movements they led helped to shape the discussion back in the UK: ‘the resistance of the periphery helped radicalise sections of the metropole.’

Rather than a comprehensive narrative history of this opposition, the book focuses on specific, influential crises. Gopal conducts close analytical readings of primary sources, including speeches, pamphlets, books and newspaper reports.

The case studies range from the well-known (the so-called Indian Mutiny of 1857 and the Mau Mau uprising in Kenya) to conflicts that are largely forgotten – in Britain at least – such as the 1865 revolt in Morant Bay, Jamaica, and the British invasion of Egypt in 1882.

Overlaying this are fascinating portraits of dissidents like the Chartist Ernest Jones, the poet Wilfred Blunt, the Communist MP Shapurji Saklatvala and the anti-war activist Fenner Brockway.

With over 90 pages of references and a huge bibliography, Insurgent Empire is a tour de force likely to shape the debate on empire for years to come. However, its academic tone, especially in the introduction, means peace and anti-imperialism activists may not find it the most accessible or directly useful read.

Despite this, I think it’s an important activist resource for at least three reasons. First, by showcasing contemporary critics of British colonialism, it demolishes the apologist argument that today’s critics are judging the British empire by 21st-century moral standards.

Second, the book highlights episodes which show that today’s establishment propaganda has a long historical pedigree.

For example, Gopal shows how, prior to the British invasion of Egypt in 1882, the British ‘press and official sources had taken a virulent pleasure in painting [leading Egyptian nationalist] Urabi, as a “military oppressor” and “dictator”.’

Elsewhere, a 1907 article from Indian philosopher Aurobindo Ghose is cited, noting how the English are happy to hear tales of Russian tyranny but seem impervious to hearing ‘home truths about England’s dominion in Hindusthan.’

Most of all, as Gopal concludes, ‘these lines of resistance and genealogies of dissent’ will ‘give heart and hope to those who look toward a more fully decolonised future for both Britain and the postcolonial world.’