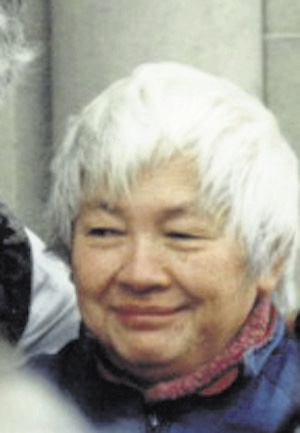 A powerhouse of a woman whose activism spanned many decades 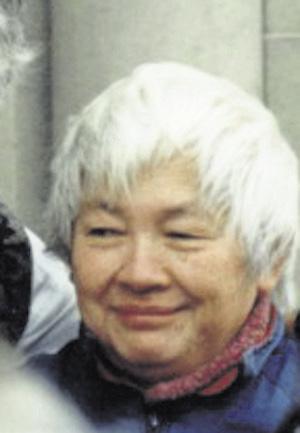 Ellen Moxley was a powerhouse of a woman whose profound belief in the sacredness of all life and all creatures was the driving force of her life. She was the beloved mother of Marian Beeby and deeply loved civil partner of Helen Steven, who died in 2016. She received both the Right Livelihood Award in 2001 and the Gandhi International Peace Prize (with Helen) in 2004.

Ellen's mother Marian left New York to go to China with her Mandarin teacher, Sun, to teach English. She married Sun and they had Ellen in Nanjing in 1935. Marian and her baby escaped to the US just before the Japanese invasion in 1937.

In 1945, Marian married Jim Moxley. Ellen went to Mount Holyoke university for women in Massachusetts, where she graduated in zoology in 1957.

It was in studying zoology that she discovered the sacredness and beauty of all life and all creatures. While working at San Diego Zoo in a summer job, Ellen rescued Nebbie the raccoon, hiding him in her bag to smuggle him out – possibly her first time practicing nonviolent direct action.

It was also at university that she first attended a Quaker meeting and became part of a community that was a wellspring of strength and support and a focus for her commitment for the rest of her life.

Ellen and her mother moved to Europe round about 1961, first to Paris and then to London, where Ellen worked as a research assistant in St Bart’s hospital. When her mother died in 1967, Ellen found much support from her Quaker friends in London.

Ellen was appointed by the Gordon Barclay Vietnam Fund, a Quaker organisation, to manage an orphanage in Saigon, where she lived and worked from 1972 to 1974. During that time, she met Helen Steven, who was to become her life partner, and also Marian, a baby from the orphanage whom she adopted formally in 1975.

By 1981, Ellen, Helen and Marian had moved to Scotland where Ellen became a co-founder of the Gareloch Horticulturalists nonviolent direct action group.

In 1985, with the support of Quakers and the Iona Community, Ellen and Helen opened Peace House in Braco near Dunblane. They worked as a most effective team, running residential courses on peace and justice themes most weekends for 12 years.

More than 10,000 people were challenged, inspired and nurtured over the years.

“We feel that it is our responsibility, as global citizens, to take nonviolent, safe, accountable and practical action to disarm these nuclear weapons ourselves.”

Along with two other women, Ulla Roder and Angela Zelter, Ellen boarded the nuclear weapons facility Maytime in Loch Goil and emptied it of all its computers and equipment – leaving only the first aid kit.

The Trident Three were kept on remand in Cornton Vale prison for three months. At trial, they were acquitted by the sheriff in a historic judgement. It was this daring action that led to the Right Livelihood Award in 2001.

In 2002, Helen and Ellen 'retired' to Burnside, their house in Raffin in the Assynt area of the Highlands.

Ellen became known for her great food and welcome, and her activism was channelled through the Assynt for Peace group and her ongoing Iona Community commitment.

From her mid-70s, Ellen’s health began to deteriorate as a result of a lung condition. But this didn’t stop her undertaking a four-day fast for peace outside the Scottish parliament to commemorate Hiroshima Day and Nagasaki Day in August 2015 when she was 80.

The last three years of Ellen’s life, after Helen died, were an enormous struggle for her.

Ellen died peacefully at her home in Lochinver on 8 July, with close friends at her side.