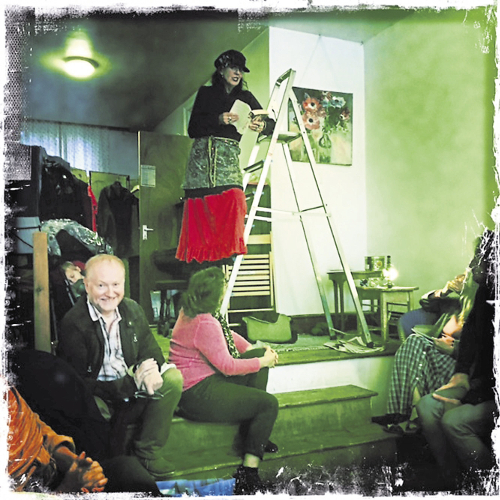 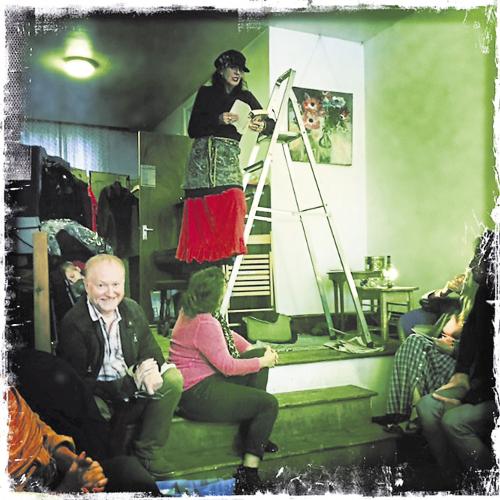 Imagine a place where the latent genius in all of us becomes ripe, expresses itself and communicates with others.

A place where the human mind and human creativity explore the arts and the sciences for the delight of being alive.

No certificates are awarded at this university, no prospectuses have to be printed, no students have to bribed to study, there is no fear of ‘outcomes’.

This place is also a nursery, a laboratory, a music hall and a kitchen.

Since 2014, Fun Palaces have been built all over Britain and have spread across the oceans as far as Dar es Salaam, British Colombia and New Zealand.

Presently, Fun Palaces exist only for a day or a weekend at the beginning of each October and their fabric is made of constructions of the imagination erected within the bricks and mortar of host buildings.

The Fun Palace was conceived by theatre director Joan Littlewood and architect Cedric Price in 1961. It was an idea that a new sort of building could break down the exclusion exuded by institutions, that it would be a revolutionary, fluid space which never grew stale and which enabled and responded to the energies and flows of the community.

Joan wrote: ‘we are going to create a university of the streets – not a gracious park, but a foretaste of the pleasures of the future. The “Fun Arcade” will be full of the games that psychologists and electronics engineers now devise for the service of industry, or war.

‘Knowledge will be piped through jukeboxes.... An acting area will afford the therapy of theatre for everyone: men and women from factories, shops and offices, bored with their daily routine, will be able to re-enact incidents from their own experience, wake to a critical awareness of reality.... But the essence of the place will be informality – nothing obligatory – anything goes.

‘There will be no permanent structures. Nothing is to last more than 10 years, some things not even 10 days: no concrete stadia, stained and cracking, no legacy of noble contemporary architecture, quickly dating.... With informality goes flexibility.’

Cedric Price designed the aviary at London Zoo and hugely influenced architects to think about the politics of communities and their relationship to structures. He never got to build the Fun Palace but it remained an powerful vision.

In 2014, writer and performer Stella Duffy wanted to celebrate the centenary of Joan Littlewood’s birth by setting up a campaign for cultural democracy where the spirit of Littlewood and Price’s dream would be continued.

The idea is that anyone anywhere can build a Fun Palace and invite the neighbours in because curiosity, creativity and conversation are inside all of us. Culture is what happens when people come together.

I have been part of creating Fun Palaces in North London. I have found there is an exquisite pleasure in trusting that culture happens all by itself. A pleasure in overcoming the doubt that is manifested in scheduling, providing, entertaining, fundraising, teaching.

Stepping into a Fun Palace is a free-fall down a rabbit hole and on landing you discover you have arrived in the best possible place for being human.

This year, Fun Palaces are on 5 and 6 October. Find your nearest one at: www.funpalaces.co.uk.