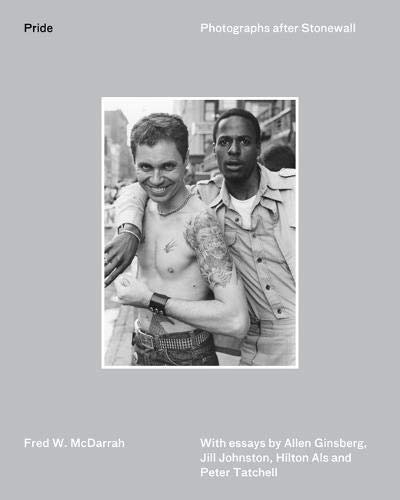 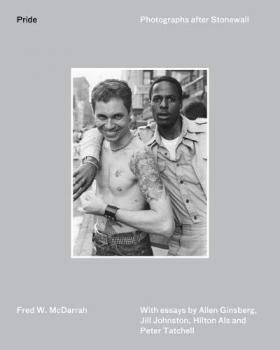 This book was first published 25 years ago as Gay Pride to commemorate what was then the 25th anniversary of the Stonewall riots. This edition has lost the word ‘Gay’ (embracing the wider range of contemporary ‘Pride’) and has gained some additional photographs.

Introductory texts by Peter Tatchell and Hilton Als have been added to essays by Allen Ginsberg and Jill Johnston.

In Tatchell’s foreword, he reminds us of the massive strides made in the last 50 years. ‘Back then, LGBT+ persons could be sacked from their jobs, barred from bars, arrested for kissing in the street, refused rooms in hotels, evicted by homophobic landlords and denied custody of their children by court order.’ [‘LGBT+’ stands for Lesbian, Gay, Bisexual, Trans plus other sexual and gender minorities – ed]

It is hard to remember that even in New York, homosexuality was illegal until 1981 and was only made legal across the USA in 2003.

Since the Second World War, Greenwich Village in New York City has been a gay meeting place and by the late 1950s the fight for gay rights had begun.

The Mattachine Society and the Daughters of Bilitis campaigned for equality and took their cues from the anti-war, civil rights and feminist movements. The opening pages of Pride show a ‘sip-in’ at a New York bar in 1966, at a time when it was illegal to sell liquor to homosexuals.

The Stonewall Riots started in New York in the early hours of 28 June 1969. It was a hot night on Christopher Street and ‘something had gone wrong’ with the Stonewall Inn’s pay-offs to the mafia and cops.

The police raided the bar, and a crowd of onlookers gathered, refused to disperse and grew in numbers. As they witnessed the confrontations between the police and patrons of the bar, the crowds erupted, in Jill Johnston’s words, ‘in a mass action against its agents of oppression’.

The book includes a few images from the night of the riots and the aftermath. The true value of McDarrah’s photographs lies in how, from the late 1950s to his death in 2007, this straight photographer documented the lives and political victories of the New York gay community with love and respect.

Captions are short but informative, and there are additional quotes from the subjects of the photographs as well as contextual essays.

As Tatchell points out, the Gay Liberation Front learned from the civil disobedience tactics of Gandhi and Martin Luther King, but it also brought ‘Protest as Performance’ to the straight left. This is not just a tribute to all LGBT+ activists but a joyful book for everyone to look at and learn from.