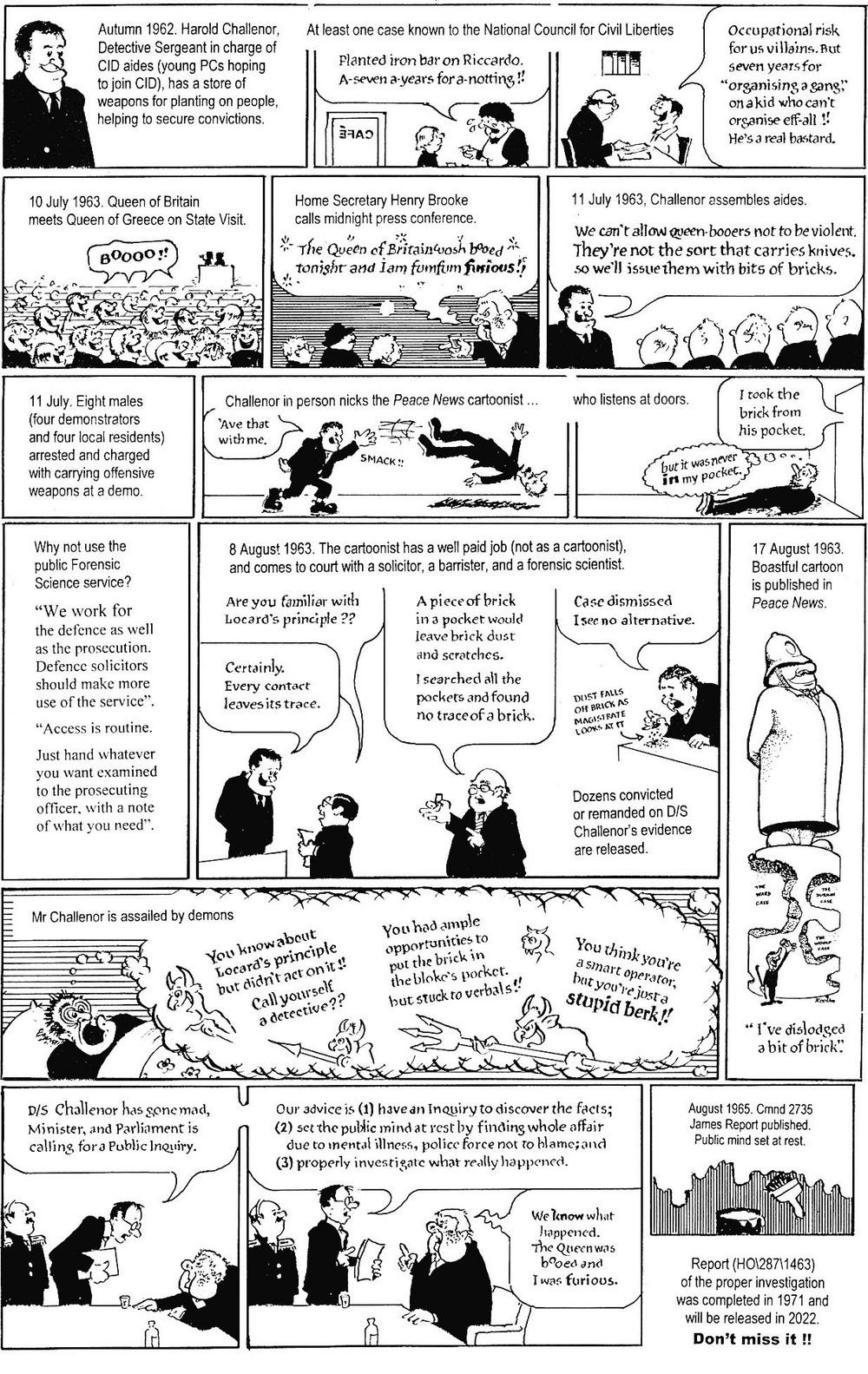 A tribute to Donald Rooum 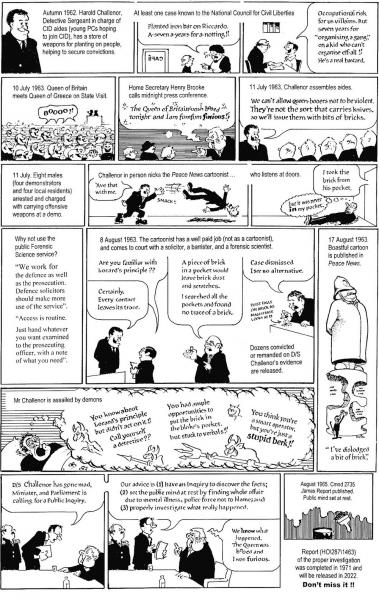 This page is a tribute to our very wonderful cartoonist, the life-long anarchist Donald Rooum, who sadly died as this issue was being prepared.

We will publish an obituary in the next issue.

Donald has been drawing cartoons for PN since 1962. We asked him to produce this graphic retelling for the 50th anniversary of the Challenor case in 2013 (PN2558).

As the panels show, Donald went to a demonstration against the visit of the Greek queen to London on 11 July 1963. It was outside Claridge’s hotel in central London where the queen (a former member of the Hitler Youth) was staying.

Donald and some friends were carrying a banner saying ‘Lambrakis RIP’.

Grigoris Lambrakis, a doctor, member of the Greek parliament and peace activist, had been assassinated by two far-right extremists in May 1963.

Lambrakis had been in England the previous month, on the Aldermaston march.

Donald asked: ‘Can I have my banner back?’

Detective sergeant Harold Challenor of the Metropolitan police, in plainclothes, replied: ‘Can you have your what back?’

Challenor then gave Donald ‘a terrific clout on the ear’. He hit and kicked Donald at the police station also, knocking him to the floor twice.

Challenor then entered a half-brick into evidence, saying he had taken it from Donald’s pocket at the demonstration. It was the reason Donald had been arrested for carrying an offensive weapon, said Challenor.

Donald later testified that three different bricks were involved: the one which Challenor showed in the charge room; another which he showed to inspector Arthur Munns a little later (it was bigger than the first one); and the final brick (a different size again) which was produced in court on 8 August.

Donald then acquitted himself, as the panels show, and helped to undermine the British public’s illusions about the police.

We miss you, Donald!