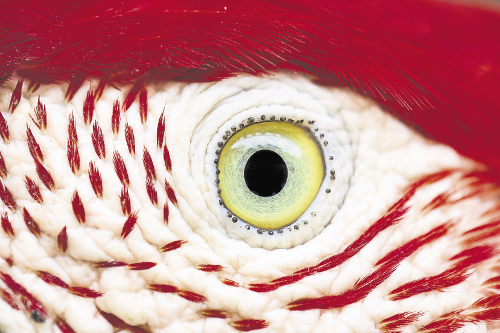 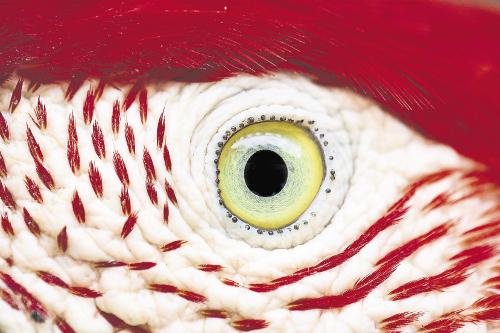 The eye of a Red and Green macaw, in danger of extinction, Brazil.Photo: LeonardoRamos [CC BY-SA 4.0] via Wikimedia Commons

My generation is more aware of climate breakdown and its impact than any before.

It is outrageous that people like Trump and Bolsonaro will not be alive to face the consequences of their ecocide, that will define our lives. We are protesting and taking part in Youth Strikes for Climate because our government and others around the world have not taken action to stop climate breakdown.

We had been disenfranchised by the adult system but now we have taken control of our futures and our campaign is energising many teenagers around the planet. It has given us hope and – more importantly – motivation to act.

We will grow and grow in numbers and will not stop until we have finally triggered the change needed. This is the first global protest that focuses on the needs and futures of young people, and gives us a voice. It is also essential for us to include all teenagers, of every background.

I have been in Brazil all summer, birding in the South East around São Paulo in the Atlantic Rainforest and in the Amazon around Manaus. The UN IPBES report published in May 2019* predicted that one million animal and plant species will become extinct, causing catastrophic problems such as food and medicine shortages.

What I have heard and found out is that bird species are becoming extinct for seemingly no reason.

People think that the underlying reason is rainforest fragmentation. Lots of birds and animals need large areas to roam, without which they cannot breed and survive.

Our guides are also conservationists who are able to use their income from guiding to allow them to do essential conservation work. Eco-tourism is essential here as well as ensuring that tourists’ eyes stop destruction.

At the moment, fires are raging across South-east Brazil but not yet on the scale of those in the Manaus area of the Amazon because tourists are watching. These fires are caused by agribusinesses and supporters of the Brazilian president, Jair Bolsonaro, threatening to shoot anyone trying to stop them.

Deforestation in July 2019 was up 218 percent compared to July 2018 and things are much worse in August.

I have been asking my friends why they are taking part in the climate strikes. The responses range from ‘I don’t want to die before I’m 50’ to ‘Decisions are being made without us. It has to change.’

Some schools have punished striking pupils but this is disrespectful and short-sighted as the benefits of them engaging with politics and protests outweigh a few lessons missed. My school has been very good.

I run nature camps for minority ethnic teenagers from the inner city and always try to inspire them to care about the environment.

They tell me that their schools punish pupils for striking, with a few allowing it only with parental consent.

However, their parents do not agree because they do not understand how important climate breakdown is.

My advice is always that the point of striking is to take control over our futures and so they should strike anyway. 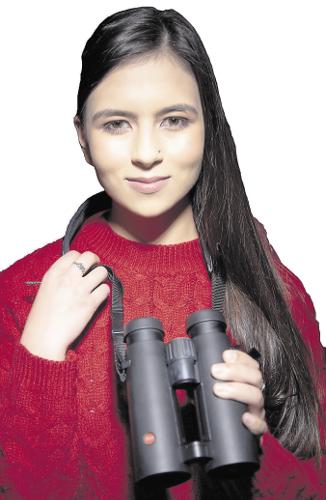 Another reason that I care so deeply about climate breakdown is the impact it has on people in poorer countries who have not contributed to its cause and cannot stop it; 16 of the 20 countries most at risk from climate breakdown are in the developing world.

For me, climate breakdown is not some grim future or vague concept, but something real and terrible.

My mum’s family are Bangladeshi and many living in the country are already facing the worst effects of it, with 3.5 million climate refugees in Dhaka.

Our village had terrible storms causing early flooding which wiped out rice crops.

As well as flooding, the country is affected by non-seasonal droughts and increased typhoons. By 2060 there will be one billion climate refugees worldwide.

I believe that, as environmentalists, we have a responsibility to only advocate action that is fair to people worldwide, especially those poorer.

The Western environmental sector was based on colonialism and has not shaken this off.

In everything that we suggest, we must consider the effect in the West as well as in any developing counties.

For example, the ‘go local’ for food and ‘no travel’ or ‘flight shaming’ campaigns make sense in terms of reducing our carbon footprint in the Global North but impact communities in the Global South disproportionately.

For this reason, these kinds of one-sided campaigns are globally unjust. We cannot pass on the pain of tackling climate breakdown to others who did not contribute to it or can least afford to absorb the financial impact. We need to first find alternative sustainable income sources to help those communities.

For every issue that is worsening climate breakdown, we must work out the change we can make in the west without the negative impacts in the Global South.

If the difficulties and cost are greater there, then we need to find a solution to those issues and pay for the implementation before suggesting the change.

For example, Bangladesh is one of the biggest manufacturers of clothing for the West. Before telling people to stop buying clothes made abroad, the West needs to invest in Bangladeshi textile factories, funding them to convert them to make saris or goods, such as solar panels, for their local market.

Mya-Rose Craig is a 17-year-old British Bangladeshi birder, naturalist, conservationist and environmentalist. As well as organising nine nature camps for children and teenagers since 2015, Mya-Rose organised a conference ‘Race Equality in Nature’ in 2016, looking at the barriers to Visible Minority Ethnic (VME) people engaging with nature, how to overcome those barriers and creating role models. Mya-Rose writes the Birdgirl blog: www.birdgirluk.blogspot.com