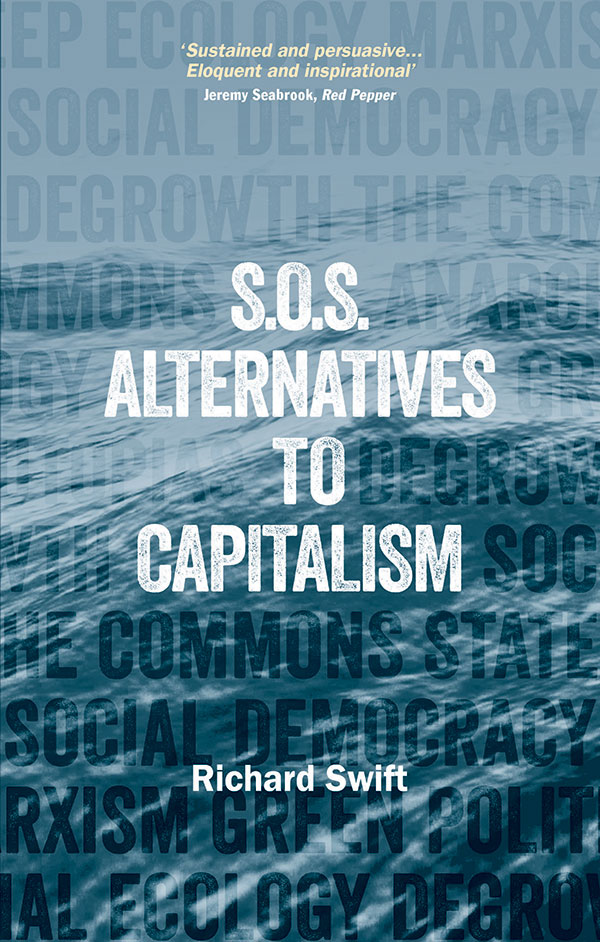 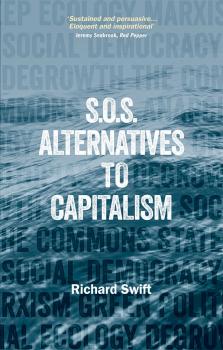 This book, now in a newly updated edition, begins with the hopeful reminder that capitalism is young compared with the human race, that its continuation is not inevitable and that there are many possibilities to build alternatives, some of which are explicitly against capitalism, while others seek to limit the damage it causes.

The urgency of the message, as the S.O.S. in the title suggests, is that in a world of limited resources, a system that relies on growth threatens the existence of the human race, if not the planet itself.

Swift considers the ruthlessness nature of capitalism and the eagerness of some political states to repress its opponents, such as in the ecological struggle, in which  environmentalists have been murdered for their activism and  Canadian police have tried to use anti-terrorism legislation against anti-pipeline protestors.

Discussing the historical background, Swift writes that people have always wanted to be in charge of their own lives, and their labour. He describes anarchism as the oldest and most continuous movement against capitalism, beginning with Proudhon and Kropotkin in the nineteenth century and still present today eg. in the modern feminist movement .

Degrowth – that is, a shift away from our current consumerist economic model - will come, Swift argues. For one thing, resources will become so scarce and expensive that only the rich will be able to afford them. On the other hand, a post-growth future must allow for everyone to have enough to live on. Here he draws positive examples from the Global South and people’s defense of the ‘global commons’ resources we all need, such as water and clean air.

The last chapter, ‘What should we stand for?’ includes a critique of forms of protest, used by peace activists among others, that ‘make demands’ or ‘bear witness’. Indeed, according to Swift, tactics such as blockades or attacks on property (eg. a ploughshares action) are ‘anti politics’. For example, while causing disruption and sending out a clear message, the protests against London's biannual DSEI arms fair leave the capitalist system that uses the fair intact.

The book contains an exhaustive list of recommendations for further reading, although I would have preferred more detailed discussion of particular examples. Written for anyone interested in the danger in which capitalism’s ruthless pursuit of growth has put democracy as well as our own existence, it should be a useful stimulus for further debate, with inspiring arguments for pursuing alternatives.