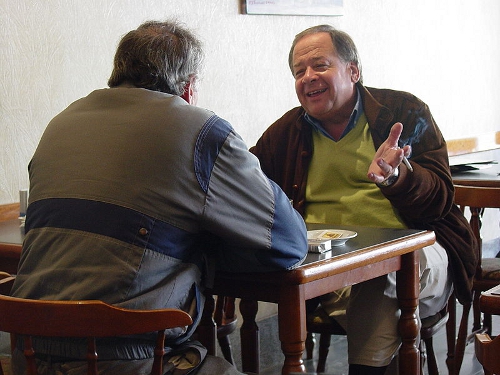 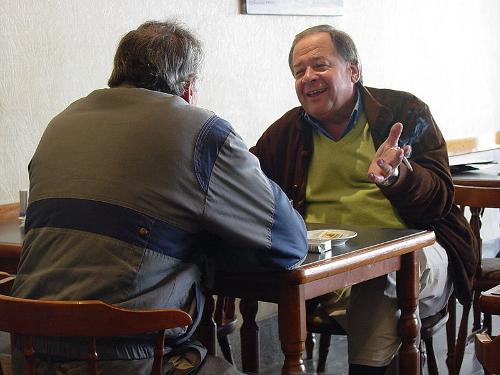 After I shared a cartoon on Facebook recently, I had an angry response (several hundred words long) from ‘John’, someone I haven’t heard from in years. The cartoon, by New Zealand-based illustrator Toby Morris, shows two people, equally intelligent and hard-working, growing up in different circumstances, and ending up in very different situations in adult life. The cartoon is about privilege and the meaning of ‘equality of opportunity’ in an unequal society.

Some of the things John wrote in his post: ‘we live in a meritocracy’, ‘my dad had to work his way up from nothing’, and ‘my upstairs neighbour on benefits plays loud music all day’.

I deleted John’s post, and sent him a message saying I was glad his dad managed against the odds, and I was sorry he had a shitty neighbour, but that his post couldn’t stay there on my Facebook wall.

‘Sorry did I pop your echo chamber? Why is the left so fascist in its censorship of facts and truth?’ was the quick response.

John and I were both in the fencing club at university, more than 10 years ago now. I’d bumped into him on a train a few years ago, but other than that, no contact. I knew he lived very nearby to me.

I responded that I was working hard to counteract being in a social media echo chamber while also retaining my sanity. He responded with South Park videos about ‘safe space’. This was getting difficult, and I felt afraid. I asked if he still lived locally, and if he wanted to go for a pint instead of doing this on the internet.

John agreed, but carried on arguing, moving rapidly through the benefits system, hate crime, immigration and refugees. He said: ‘I’m sooo fed up with left wing views being shouted on my Facebook feed, yet the silent majority are shut up instantly if they raise an opinion.’

Four days later, John admitted he was worried about meeting: ‘Should we just defriend on Facebook and say “nice knowing ya”?’

I was stunned. Of course we should meet, I said – acquaintances tend not to shout at each other face-to-face – that’s the great thing about Not The Internet.

So we met. We chatted about houses, DIY, partners, the area we live in... only slowly coming round to politics. He said I was a hypocrite for living in a mainly white gentrified area. (I’ve just checked, and my area is 37 percent white English, and 49 percent white overall. The UK average is 86 percent white.)

We went on to talk about immigration and refugees. A couple of times I repeated his words in an incredulous voice, and he asked me to keep my voice down as others in the pub might overhear. It was really interesting to me that he felt his views weren’t palatable in this ‘white gentrified area’.

We disagreed strongly about a lot of things. He was very well-informed, and taught me a lot about the history of US-Middle East relationships over oil from the ’60s onwards. He talked about the rise of right-wing views in Sweden, a country very welcoming to immigrants (this was a few days before Trump’s invention of a terrorist attack in Sweden).

John seemed to finish on a stance that he wasn’t racist, but that limiting immigration and even refugees would prevent the country from sliding towards fascism. He positioned himself as an adjudicator, taking difficult decisions (sending people back or preventing them from coming) for the long-term good.

I was born in Hong Kong in a white expat family: we moved to Lancashire when I was 10. I’ve since been an economic migrant to Liverpool, Sheffield, Edinburgh, Southampton and finally London. John said I wasn’t ‘that kind of migrant’. The exchanges were getting sharper; we’d made it through a couple of pints – it was time to go. I made it clear that I had found this meeting very useful, and that we should do it again.

As I left I asked a final question about John’s fiancée – her name had caught my ear earlier. She’s a Russian immigrant.