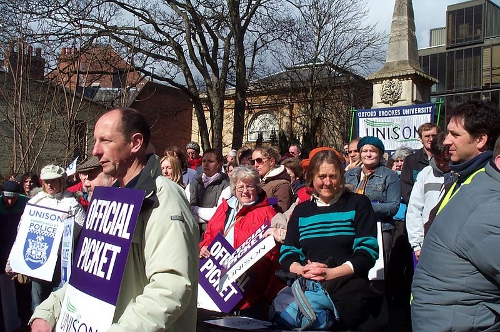 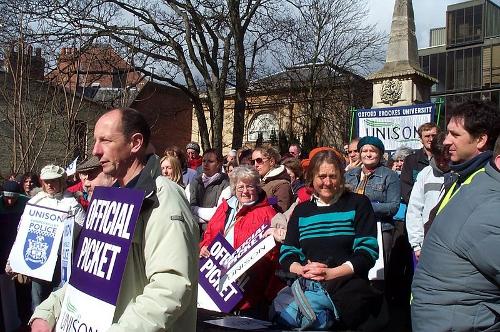 In May 2007, just after I started editing PN, we ran a front-page opinion piece by Dan Clawson, a US union activist and academic, on what trade unions and grassroots movements could learn from each other. He’d written a wonderful book about this, called The Next Upsurge.

Clawson gave an example of the new unionism he favoured: the Stamford Organising Project in Connecticut. The project was run by Jane McAlevey, a brilliant organiser who helped thousands of working-class people organise their own unions, win good pay and conditions for themselves, and defend their public housing from the local council and ‘developers’. The Stamford story is told in more detail in this issue, in our review of Jane McAlevey’s must-read memoir, Raising Expectations (and Raising Hell). It’s an amazing example of union organising enriched by social movement activism.

In his PN article, Dan Clawson described some differences between a classic social movement organisation (SMO) like Greenpeace or CND, and a classic trade union. SMOs tend to have ‘few viable chapters where people meet face-to-face’; they rely instead on deeply-committed staff and a small number of wealthy donors.

SMO members are generally self-selecting and rarely, if ever, attend a meeting of the organisation. Labour unions, Clawson points out, ‘enroll all or nearly all of the workers in a given workplace, people who often are sharply divided in religion, culture, and views on a wide range of issues’, but who meet each other face-to-face every day. The union is financially self-sustaining without the need for donor or foundation support, with all members paying substantial dues. Thousands of local chapters each have elected officers and regular meetings.

SMO activists think they are successful if they manage to mobilise a tiny proportion of the population they are appealing to. (A demonstration of half a million in Britain is a historic achievement – and less than one percent of the population.) A union, on the other hand, needs the support of something close to 90 percent of its membership to run a successful strike.

In his book, The Next Upsurge, Clawson writes: ‘Unions have close, ongoing, often intimate relationships with their opponents (management and corporations) and operate through compromise and small victories.... In contrast, the post-1960s groups have arm’s-length relationships with their opponents, and typically operate either through class-action law suits... or media exposure. When the group engages in direct action, it rarely involves the mass participation of a strike.’

In a union, everyone has a direct material stake in the struggle. In a typical activist group, ‘the day-to-day lives of group members rarely depend on material victories’. Therefore, Clawson observes, SMO groups are less likely to compromise ‘because the symbolic statement is more important than the incremental advance’.

Clawson went on: ‘The constituency of [SMO] groups, together with their reliance on foundations and wealthy donors, gives them a strongly middle-class character, although the groups typically vehemently deny this.’

The Next Upsurge and Raising Expectations show how some unions have been influenced by grassroots activism and community organising.

For an example in the other direction, we can turn to the Piedmont Peace Project (PPP) in North Carolina in the US, as described in Bridging the Class Divide by Linda Stout, the group’s working-class founder. She says the story of the PPP is the story ‘of people creating a new model for social change based on the perspective of low-income and working-class folks’.

The PPP organised workers and communities to press for their rights, and also had a strong peace agenda. In 1985, PPP lobbied against severe cuts planned for social security and disability and health care funds:

‘We organised four different groups to visit Congressman Bill Hefner, all on the same day. The first group was the peace group. They went in and talked to Hefner about the military budget and urged him not to cut social security disability. They specifically mentioned the MX missile and recommended cutting money for it in order to fund social security and other programs.

‘Then a group of low-income white folks that we had worked with, mostly farmers, went to Hefner’s office to talk about issues they were concerned about, including social security, farm subsidies, and the military budget. They also recommended cutting funds for the MX missile.

‘The third group that went in to see the congressman was an African American group. They talked about housing, health care, and educational opportunities for the youth in their communities and concluded by saying, “We don’t want you to vote for the MX missile. Use the money to invest in our communities.”

‘Finally, in came a group of disabled folks who wanted to talk to Hefner specifically about cuts in the social security disability program. When Hefner said there wasn’t enough money for this program, the group said, “Well you are voting to spend money on the MX missile, why don’t you cut that?” This was the fourth time the MX missile had been criticized by voters in one day. Hefner just put his head down on the table. He couldn’t believe that all these voters were complaining to him about the MX missile. When the vote to cut funds to the MX missile came up a few weeks later, Hefner, who had previously supported the missile, voted against it.’