Linda Stout, Collective Visioning: how groups can work together for a just and sustainable future 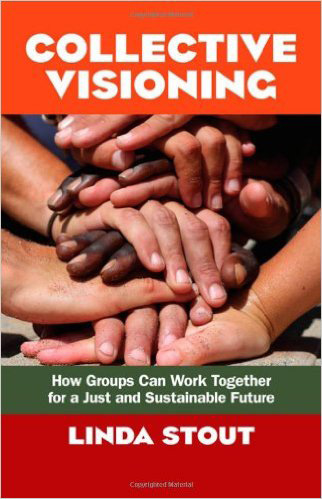 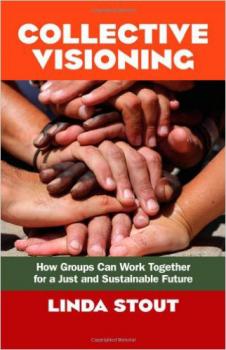 Linda Stout starts her book with a successful mobilisation that dwindled rapidly and is now almost forgotten – the US ‘Nuclear Freeze’ campaign of the early 1980s. She points out: ‘Supported by 70 percent or more of the [US] population, the freeze was endorsed by 275 city governments, 12 state legislatures, and the voters in nine out of ten states where it was placed on the ballot in the fall of 1982.’

The Freeze campaigners demanded an end to the testing, production and deployment of nuclear weapons materials, warheads and missiles – by both the US and the Soviet Union. A simple demand with radical implications.

Why did the Freeze fade away so fast? Linda Stout, a white woman raised in poverty, thinks there were three main reasons. Firstly, ‘the national [US] peace movement failed to mobilise most working-class people, low-income people and people of color’. Organisers ‘were unsuccessful because of their lack of attention to cultural differences and education levels and their inability to make the connections to the economic issues facing poor people.’

Secondly, the movement operated on anger and fear: ‘We didn’t understand how to move that anger and fear into sustainable, positive action.’

Thirdly, most importantly in Stout’s view, the Freeze was ‘a movement without a vision’ of a peaceful and cooperative world. This made it unsustainable.

Collective Visioning offers perspectives, examples, exercises and approaches that can help movements for social change deal with these three problems.

For Stout, founder of the wonderfully effective Piedmont Peace Project, ‘collective visioning’ is not just about imagining a better future for a particular community or issue, it is about making a practical plan – and building stronger relationships – to help move towards that future.

There are plenty of practical tips (don’t use the word ‘meeting’ when trying to get people involved, find out what would make people want to come to the ‘gathering’, ‘potluck’ or ‘dinner’). There are exercises to try out with your group at the end of every chapter (the ‘vision-and-plan’ strategy exercises look straightforward and sensible). Inspiring stories of change pepper the whole book. And there are intriguing and stimulating ideas (including about spirituality) that help us see things differently.

Stout says: ‘We have to go slow in order to go fast.’ Amen. Highly recommended.