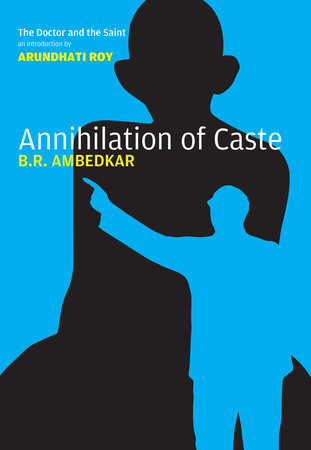 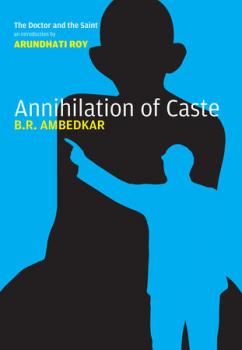 In 1936, the Indian scholar BR Ambedkar was invited to give a speech to the Jat-Pat Todak Mandal (Forum for Break-up of Caste), a group of high-caste Hindus. The controversial speech was never delivered, and the conference was cancelled, but Ambedkar published the speech himself, together with the letters and records of the ensuing debate.

In her book-length introduction, ‘The Doctor and the Saint’, Arundhati Roy draws out the significance of this speech (‘Annihilation of Caste’) for contemporary readers.

First, she shows how the low-caste Dalits (‘broken people’) are even now, because of their caste, affected by lack of educational and employment opportunities, and how modern global capitalism and the Indian trend for privatisation leaves them fighting to hold onto their jobs, however menial.

She also places ‘Annihilation of Caste’ in the context of the anti-caste tradition, which dates back to 200 BCE, and which includes 14th-century poets such as Tukuram and 20th-century groups such as the Dalit Panthers.

Most powerfully, she gives the dramatic background to Ambedkar’s text, including the confrontation between Ambedkar and Gandhi, who opposed Ambedkar’s reforms and wrote a rejoinder to the latter’s speech entitled ‘A Vindication of Caste’.

It is a ‘travesty’, Roy notes, that Ambedkar doesn’t figure in our common perception of Gandhi.

While striving for social reform, both men betrayed unfortunate views of the ‘depressed classes’, especially the Adivasis, the tribal peoples. Through Arundhati Roy’s determined reading of their work, western readers can fully grasp the stakes when we come to read the text of Ambedkar’s speech itself.

The most important and controversial part is his analysis of the manner in which, through social classification and the resulting injustice, a religion can lead to extreme violence against the poor. The label of ‘untouchability’ is, according to Ambedkar, an intrinsic part of the Hindu religion advocated by holy texts, and so he advocated the end of Hinduism itself. Gandhi, on the other hand, was an admirer of the caste system, but thought that all castes should be treated equally.

The story of how Ambedkar wrote the speech – and the debate that follows – is itself fascinating. And I recommend reading all of the footnotes in order to appreciate both the depth of Ambedkar’s intellect and the breadth that the historical references give to his argument.
Moreover, his speech is still topical. Indeed, it is still important to read in order to understand the current struggles between the Adivasis and the global corporations that would plunder their land.