Naomi Klein, This changes everything: Capitalism vs The Climate 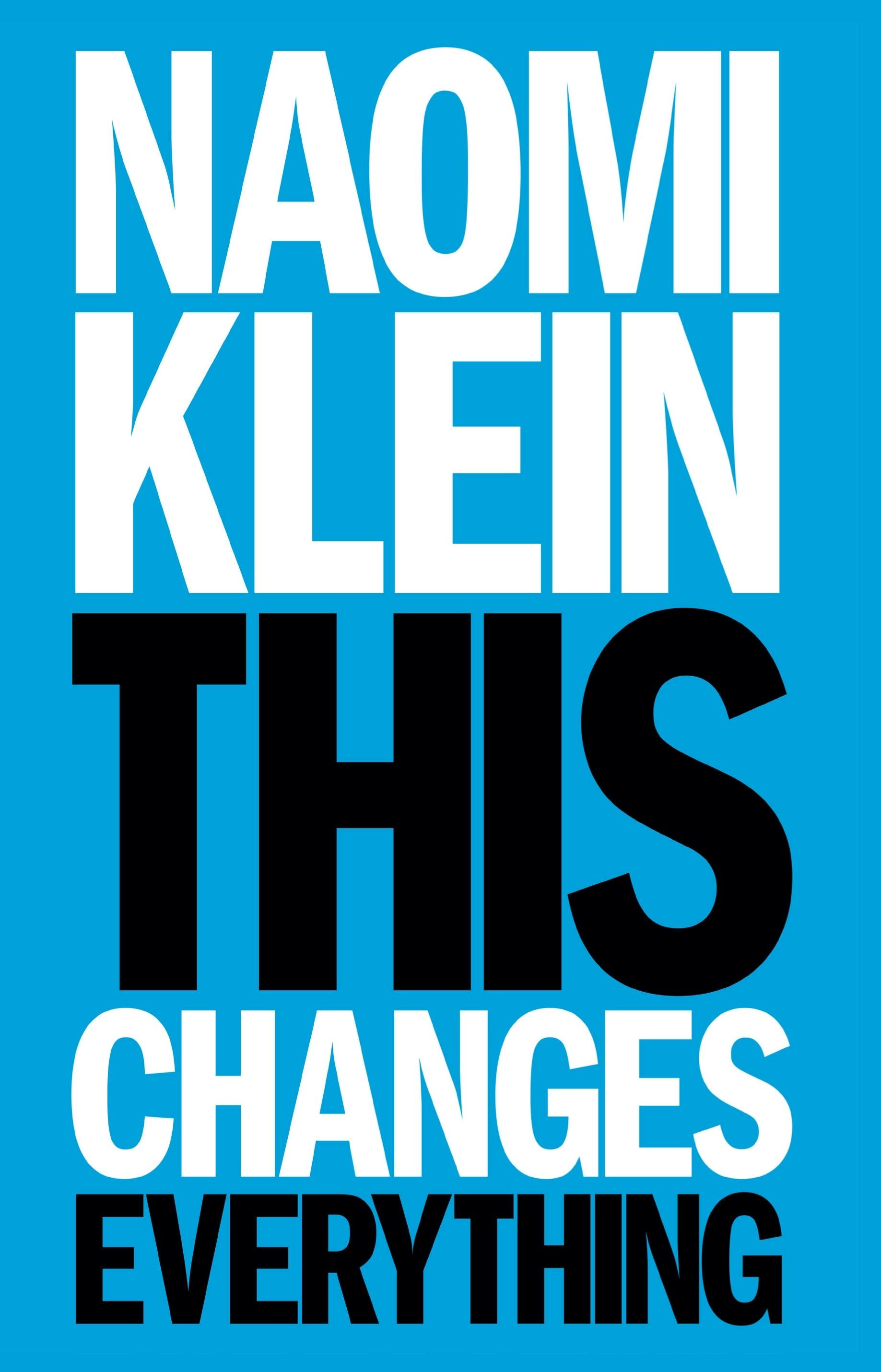 Coming, as it does, in the wake of the Intergovernmental Panel on Climate Change’s recent warning that global warming is on course to inflict ‘severe, widespread, and irreversible impacts’ on the planet, this book couldn’t be more timely or important.

To make the necessary reduction in carbon emissions, Klein explains, the world needs to institute immediate, transformational change on the scale of the American New Deal of the 1930s or the national mobilisations during the Second World War. Unfortunately, historical chance means our awakening to the dangers of global warming has coincided with the crowning of unregulated capitalism as the reigning economic paradigm. Built on economic growth, extractive ideology and relentless consumption, ‘the culture that triumphed in our corporate age pits us against the natural world’, she argues.

She is hopeful that there is still time to stop the worst effects of global warming but argues that this will involve ‘challenging the fundamental logic of deregulated capitalism’. Interestingly, she notes that the corporate-sponsored climate-denier think tanks and pundits understand the real significance of climate change much better than the liberal centrists who accept the scientific consensus.

For, while the latter naively believe that ‘the response can be gradual and painless and that we don’t need to go to war with anybody, including the fossil fuel companies’, the former realise, correctly, that ‘if climate justice carries the day, the economic costs to our elites will be real’.

Klein’s introduction, arguing that climate change is an ‘existential crisis for the human species’, will certainly frighten readers, but the sections on possible solutions are both positive and inviting. She argues that as part of the project to reduce emissions we ‘have the chance to advance policies that dramatically improve lives, close the gap between rich and poor, create huge numbers of good jobs, and reinvigorate democracy from the ground up.’ She doesn’t mention it but this argument fits neatly with the UK’s ‘one million climate jobs’ campaign (PN 2545).

How do we get from present inaction to a safer future? Klein is keen to stress that the answer doesn’t lie in green organisations working with big business, with millionaire philanthropists or with the techno fixes of geo-engineering. Instead she argues that ‘only mass social movements can save us now.’ What she calls ‘Blockadia’ has caught her attention – the global, increasingly interconnected, resistance to extractive projects like fracking and mountain-top-removal coal-mining.

She writes about grassroots campaigns battling corporate behemoths around the world, though she is naturally most at home discussing the burgeoning opposition in her native North America, in particular against the Canadian tar sands and the Keystone XL pipeline, in which indigenous groups have played a leading role.

Like Klein’s previous books No Logo and The Shock Doctrine, this book is set to become an era-defining manifesto. Journalism at its very best – cogently argued and clearly written, making complex issues accessible to the general reader – it’s a big book in every sense, channelling a huge amount of information (there are 57 pages of detailed footnotes). It’s hard going at times, though Klein does her best to keep things fresh and interesting.

Klein has said the book ‘is not written for the environment movement’ but ‘for people who would never read a book about climate change but are engaged with economic justice of other kinds.’ As this quote and the book’s title suggests, global warming changes everything in terms of activism, with Klein arguing that it should become the issue that unites all the other activist campaigns.

Peace News favourite George Lakey understands this, telling me a couple of years ago that his main concern today is climate change ‘because it is so overarching – if we don’t solve that one there is a whole lot else we won’t get much space to work with. We will be on such a survival level. It will be very, very tough.’