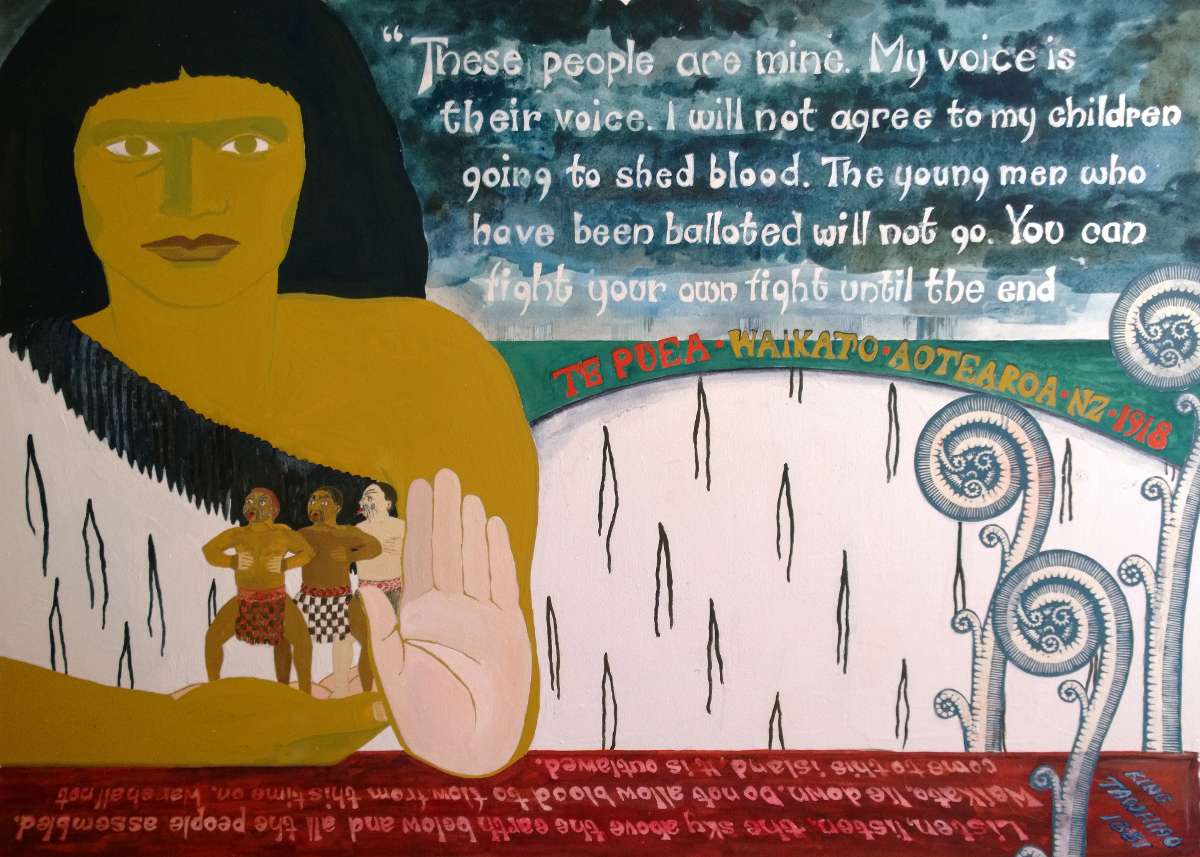 Te Puea Herangi, the Maori princess who led the Waikaito tribal confederation’s successful campaign of nonviolent resistance to conscription during the First World War, articulated one of their reasons for not fighting as follows: ‘They tell us to fight for king and country. Well, that’s all right. We’ve got a king. But we haven’t got a country. That’s been taken off us.’

From the war’s outset, the Waikato decided not to participate and no Waikato volunteers sailed for Europe in either of the first two native contingents in 1915. When conscription was finally extended to Maori in June 1917, it was made plain that it would only apply to the Waikato.

The Waikato then set about making it as difficult as possible to conscript them, by ensuring that the task of registration became an almost impossible feat, the inspector of recruiting services complaining that most young men ‘no longer visit towns, but have taken to the country, forests or settlements.’

Arrests were met with passive resistance. Non-cooperators were put on a bread and water diet and were eventually sentenced to two years imprisonment. Te Puea would take food to the prisoners and sit outside the prison.

Accused of having German ancestry Te Puea replied: ‘So [does] the British Royal Family. In fact I am neither pro-German nor anti-British. I am simply pro-Maori.’

At war’s end, no conscripted Maori had served overseas, making the campaign one of the most successful examples of communal resistance – violent or nonviolent – during the entire war. In May 1919, all remaining objectors were released from prison (against military advice), and the 100 unexecuted arrest warrants were annulled.