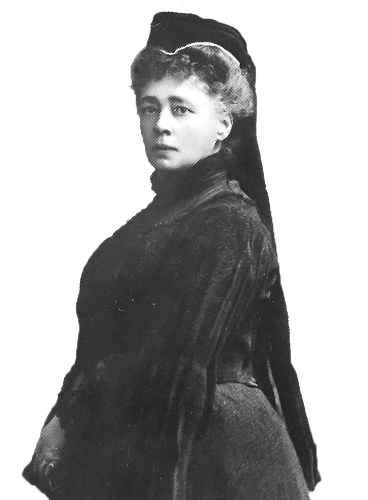 Celebrating the memory of a forgotten German pacifist

She is hardly known in this country. Faces go blank when I mention her name. Even amongst friends in the peace movement. At the same time numerous schools, streets and public squares in Austria and Germany are named after her: Bertha von Suttner, who lived from 1843 to 1914. The commemoration of the outbreak of the First World War would give a distorted picture if we did not simultaneously remember the courageous stories of those who campaigned against it. And Bertha von Suttner, Austrian author and peace activist, who died a few weeks before the shots in Sarajevo were fired in 1914, was one of the most prominent figures in the anti-war movement of the time.

Growing up in post-Second-World-War Germany, I was deeply moved by the film Herz der Welt which told her story. The film, directed by Harald Braun with Hilde Krahl in the lead role, was made in 1951-52, ie several years before West Germany’s re-armament in 1955 and thus at a time when the slogan ‘No more war from German soil’ expressed the mood of the population at large. It was in black and white with a haunting scene of her sitting in a rumbling train on her last journey from Berlin to Vienna, interspersed with flashbacks of her biography (and some invention of the plot).

Bertha’s husband Arthur von Suttner, financially of meagre means like his wife, had become a pacifist while writing reports on the Russian-Turkish war of the 1870s, but it was specifically the information of an existing International Peace and Arbitration Association in London, led by Hodgeson Pratt, that propelled her into action and into world fame with the publication of the novel Die Waffen Nieder (Lay Down Your Arms, 1889). It reached 37 editions and was translated into 12 languages.

Of crucial importance to the anti-war movement was Bertha’s influence on the inventor of dynamite Alfred Nobel, whom she had met 10 years earlier during a brief spell as his secretary in Paris. The film Herz der Welt explored the triangular relationship between the scientist, the pacifist and a fictitious callous arms dealer. The climax was of course the creation of the Nobel Peace Prize of which Bertha von Suttner was the first woman recipient in 1905.

She was in high demand as a public speaker, travelling twice to the US on speaking tours of some 50 cities. In 1897 she submitted a list of signatures lobbying for international arbitration to replace war as a means of solving conflict to the Austrian emperor Franz Joseph. She also played her part at the two international peace conferences in the Hague (1899 and 1907).

The philosophy of pacifism, although the word itself was coined later, began to gain ground in Europe after the Napoleonic wars. While more successfully integrated in the political culture of Britain, France and Scandinavia, it also found its adherents in Bismarck’s Germany where we saw the foundation of the Deutsche Friedensgesellschaft (DFG, German Peace Society) in 1892. Bertha von Suttner and the publisher Alfred Hermann Fried were the initiators.

It may be sobering to look at the figure of membership of the DFG on the eve of the First World War. The 10,000 members in 98 cities were ridiculed as utopian dreamers or despised as traitors to the national cause. There was no financial support from the state of the kind that organisations and societies with a more militaristic or imperialistic agenda received, whose membership stood at three million. This is all the more reason for us in the peace movement to remember the courage and stance of those others on whose shoulders we stand to continue the work.

There is a wealth of images of, writings by, and papers about, Bertha von Suttner online at:
www.berthavonsuttner.com. A 23MB PDF of her major work, Lay Down Your Arms, is available from that site – it is also available in a more easily accessed format at archives.org: www.tinyurl.com/peacenews2017. There is one major (and expensive) biography in English: Bertha von Suttner: A Life for Peace (Syracuse Studies on Peace and Conflict Resolution, 1996) by Brigitte Hamann.