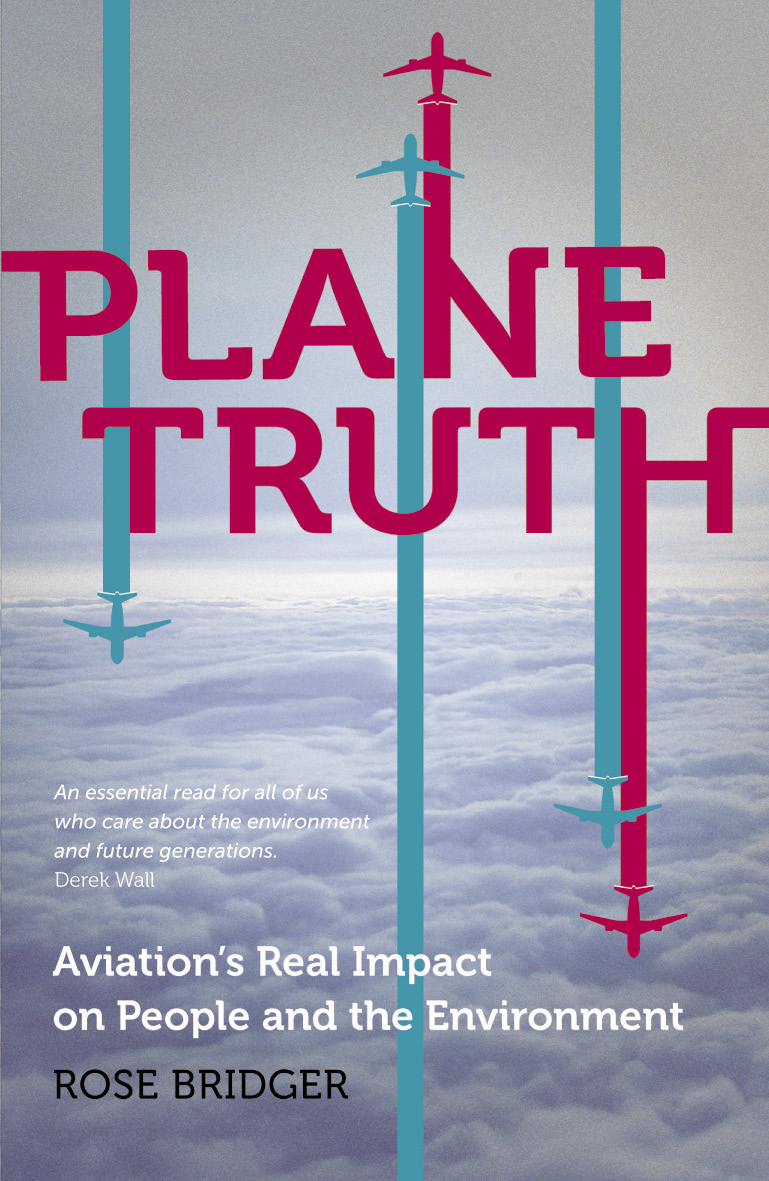 Rose Bridger has written a book on aviation quite unlike any other. In its scope, it is unique.

It ranges from the technical details of aircraft to the impact of new greenfield airports on poor farmers in India, from biofuels to aerotropolises.

Plane Truth is a book for activists. Bridger doesn’t hide where she is coming from. It is written from the perspective of an environmentalist: somebody who is concerned about the trafficking of arms across the world, who has little sympathy with international corporations.

As such, the book doesn’t so much assess the contribution of the aviation industry as outline its downsides. Some of it will be familiar to aviation campaigners: the tax-free fuel and other subsidies the industry enjoys; its use of biofuels; the fact that flying is overwhelmingly the preserve of the rich and the relatively rich.

There are other areas, though, where Bridger is breaking new ground. She is fascinating on the concept of the aerotropolis — where airports are buying up huge amount of the surrounding land to create self-contained development areas: airport cities.

Her descriptions of the impact of the rush to build new greenfield airports in the world’s emerging economies are well-researched and moving: ‘plans for a four-runway greenfield airport in Sriperumbudur, on the outskirts of Chennai, threaten to displace 37,000 people from 20 villages.’

The book has two informative chapters on air freight, an area which so often tends to get left out of the debate by both governments and activists.

Peace campaigners will be particularly interested in the role aircraft have played in transporting arms, with Bridger suggesting collusion between national governments, the airlines and multinational companies.

Plane Truth ends on a hopeful note. It outlines how a number of recent campaigns against airport expansion have been successful, before concluding that ‘the multifaceted nature of the movement against aviation expansion is its key strength. Tackling the seemingly unstoppable laying of concrete is possible.’

The book is well-researched, packed with facts, figures and examples. In fact, its one weakness may be that in places it goes into too much detail, so that the general reader may struggle to get the bigger picture.
Well worth reading, even if you are not an airport campaigner or even an environmental activist – it shows there is much more to aviation than just planes.