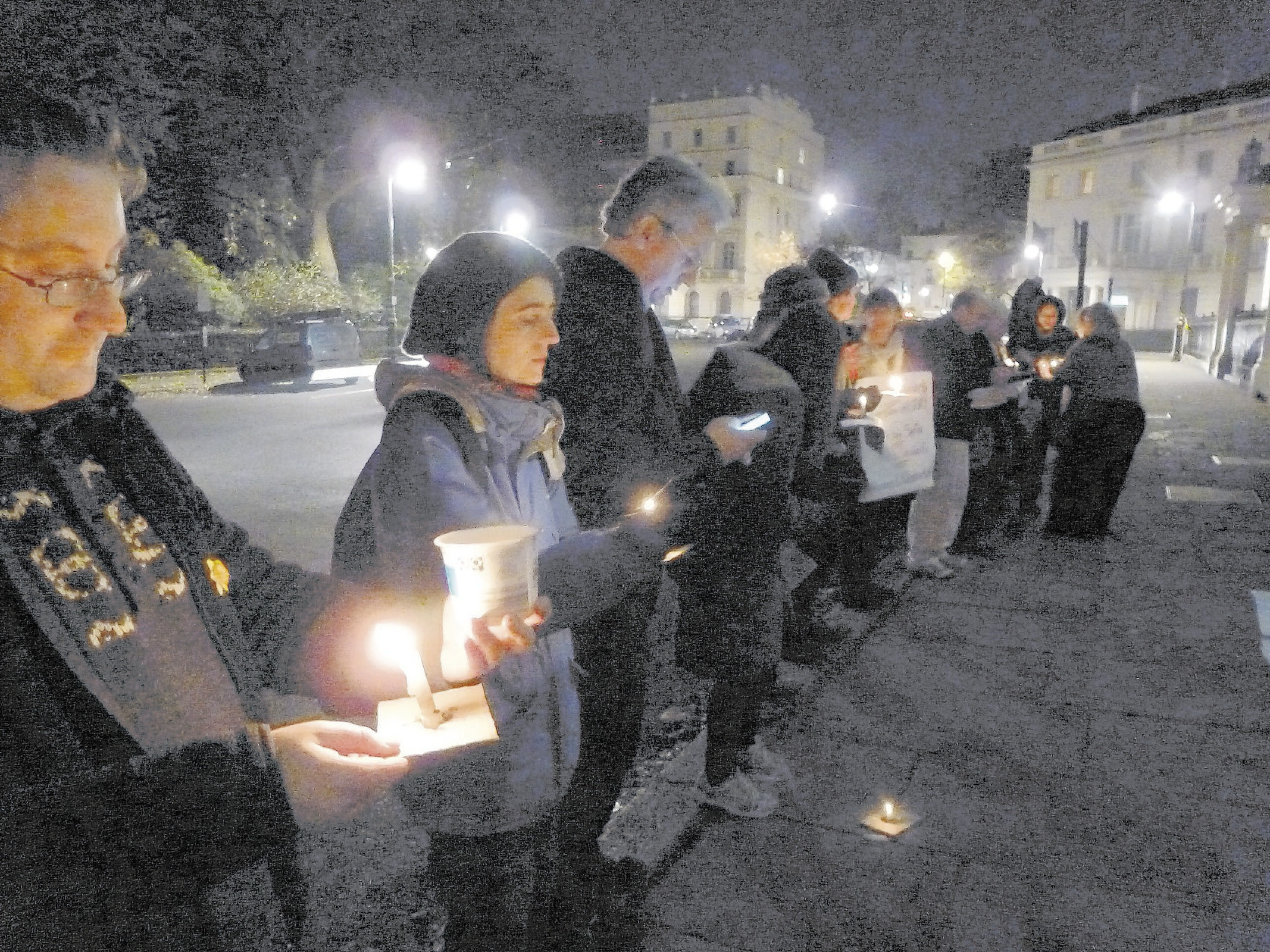 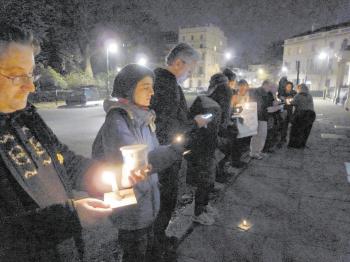 On 10 December, Syria Peace and Justice, a grassroots group formed in October 2013, marked International Human Rights Day with a ‘Peace Pilgrimage’ for the people of Syria.

Two feeder groups visited embassies and offices in central London with a connection to the Syrian crisis (including Downing St and the foreign office) to deliver a letter from the group. The two groups then converged at the US embassy and visited more embassies together en route to the Syrian embassy.

The bodies visited were asked to help achieve: