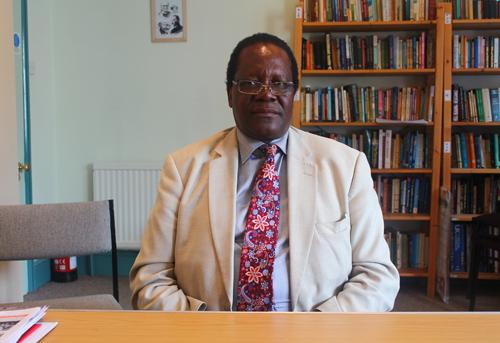 An interview with the director of England’s Fellowship of Reconciliation 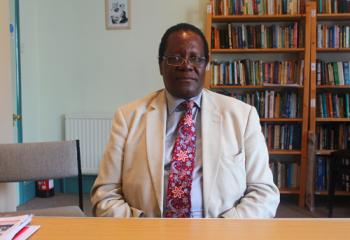 The current director of England’s Fellowship of Reconciliation (FoR) was born in what was then Southern Rhodesia, now Zimbabwe, the middle child of parents who sacrificed for their children’s prosperity. For 40 years, his father worked as a ‘kitchen-boy’ for a white man, making only £8.10 a month. His father agreed to work without pay if the man would pay for all seven children to attend primary school.

Millius Palayiwa remembers understanding his father’s financial situation as a pivotal moment. He felt it was wrong for his father to be exploited, for four decades, and in his own country, by this man.

‘He said: “You do not know what you are talking about. If it wasn’t for this white man you wouldn’t have gotten an education,’’ said Palayiwa.

These words, his education and lived experiences have shaped Palayiwa’s worldview and approach to peace work throughout his 20-year career.

‘Having grown up in Africa, having lived and been educated here in the UK, and having seen the conflicts in Africa, I know the causes of these conflicts,’ said Palayiwa.

Throughout various projects, he has travelled widely working to address conflicts and aid grassroots organisations throughout Africa, Asia and Latin America.

Palayiwa began his career of peace and nonviolence in 1993 when he was approached to work for International Alert (IA), an organisation that sheds light on global atrocities and works to provide solutions. He was recruited by the IA’s chair of trustees at the time, the Labour lord, Frank Judd.

‘He thought I would be good as someone who understood conflicts in Africa and someone with a legal background,’ commented Palayiwa.

At IA, he worked as a consultant and then programme officer and was drawn to a career that bettered the human condition.

His faith as a Christian also played a role in forging this path. He began to understand the causes of human suffering: money, greed, racism, and warfare.

‘I wanted to play a part in transforming those unjust systems,’ said Palayiwa.

Throughout his career, he has worked to educate people about nonviolence and implement policies promoting peace.

As a project manager for West Africa in IA, Palayiwa facilitated talks between the Sierra Leone government and rebel forces during its major conflict in the 1990s. ‘The facilitation culminated with the signing of the Abidjan Peace Accord on 30 November, 1996,’ he said.

After IA, he became international relations secretary for Quaker Peace and Service, managing two offices, in London and at the Quaker United Nations Office (QUNO) in Geneva. He worked with decision-makers on issues of peace-making and peace-building in areas affected by armed conflict, addressing the systemic causes of violence at a global level and trying to create a culture of peace with justice based on nonviolent change.

Before becoming director of FoR he worked as a chief officer in a large London borough, then for eight years as the registrar at Christ Church, Oxford.

With FoR, he is currently looking at ways of working with the diaspora of Côte d’Ivoire, in order to promote reconciliation that would filter back into that country.

A large portion of FoR’s work is education on nonviolence, as well as recruiting young activists. The organisation often hosts a ‘Called to be Peacemakers’ conference for young activists.

Palayiwa recognises that as the first black director of one of England’s major peace organisations, he can have an impact on young activists of colour.

‘I can serve as a role model for young black people,’ he commented. ‘At conferences, black people and young people will say: “We are pleased to see a black person working in peace.” ’

Long histories of racism have systematically blocked many people of colour from positions of power and influence. Similarly, many conflicts affect regions and communities of colour. ‘They feel, rightly or wrongly, that most of the conflicts have taken place in places like Africa, Asia, and Latin America. They think that being black and having grown up in Africa, one has a better understanding of how we could help resolve these conflicts.’

He agrees that his background and experiences provide a different ‘sight’ or awareness to shed light on overlooked issues.

‘At International Alert, I was the first person to talk about seeking “African Solutions to African Problems” ’ he said.

Often black and brown faces are overwhelmingly portrayed as the faces of conflicts, whether as victims or criminals. Palayiwa feels that the international criminal court (ICC) is a prime example.

‘The ICC has intervened in seven countries, all of them in Africa,’ said Palayiwa. ‘Africa does have the monopoly on violence, but one wonders why that is the case.’

Contrastingly, western leaders have never been prosecuted before the ICC. Palayiwa recalled the words of the late British foreign secretary, Robin Cook, when asked on BBC Newsnight whether people like Tony Blair and George Bush could one day be brought before the ICC for the invasion of Iraq and Afghanistan. Cook replied: ‘If I may say so, this is not a court set up to bring to book prime ministers of the United Kingdom or presidents of the United States.’

Palayiwa believes that the ICC was not designed to prosecute western leaders, so, in his words, ‘who was it meant for?’

Palayiwa has become more knowledgeable of, and works to end, Western countries’ ability to further fuel conflicts by supplying arms. He recalls a Sri Lankan man’s analogy of the west’s supply of arms to conflict areas, and its habit of paying NGOs to deal with the consequences. ‘It is as if a husband broke my son’s leg and the wife gave me crutches for the boy whose leg had been broken.’

By utilising his education, background, faith, and passion for humanity, Palayiwa continues to support regions that seek reconciliation and nonviolent methods.

He reflects on providing solutions to areas that have been crippled by conflict and foreign influence: ‘I don’t want the crutches, just don’t break my son’s leg and there will be no need for those crutches.’

Jordana Jarrett is a US student working with Peace News in London. She interviewed Millius Palayiwa in Oxford in June 2013.