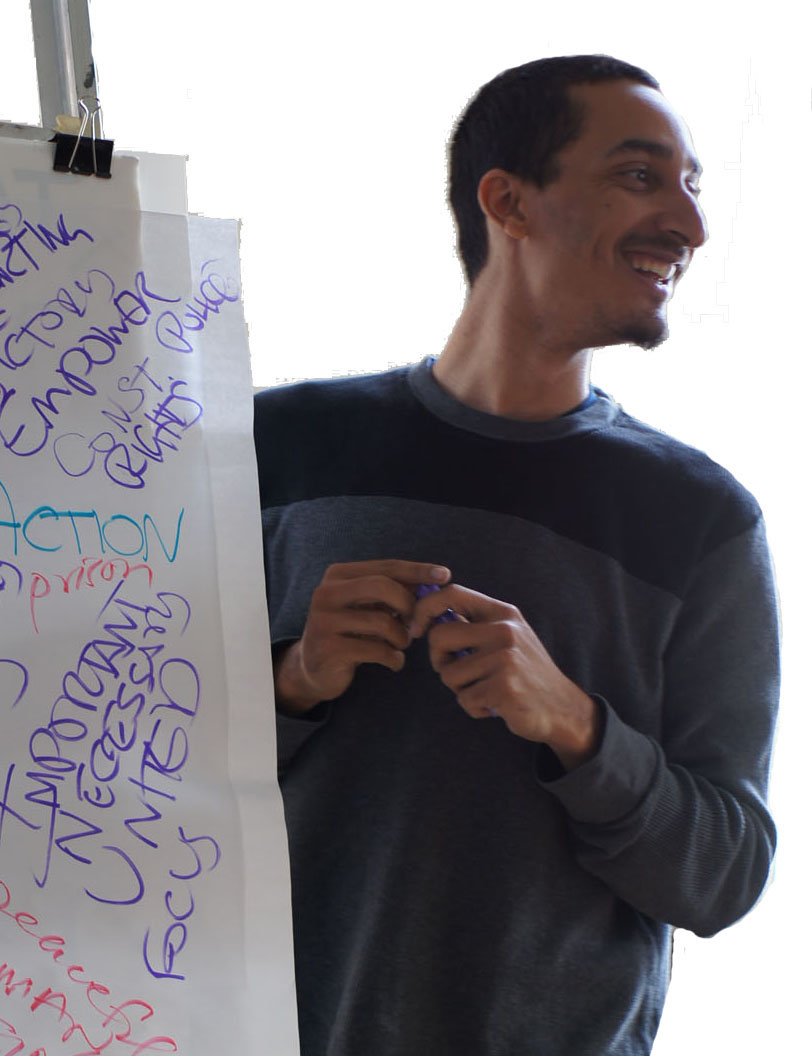 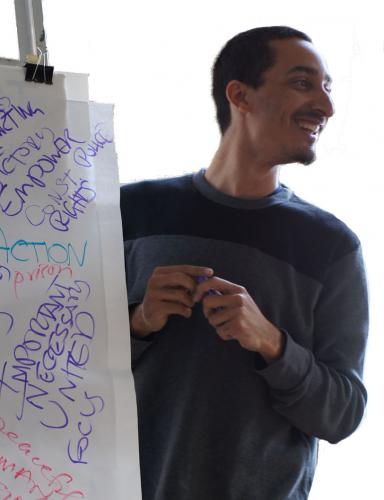 He was working in a union that represents workers at a senior-care facility. It was a mix of white and black workers who were pro-union, pro-solidarity, and for the most part worked pretty well together.

Still, they had talked very little about their differences and the leadership thought it would be a good idea to do so. So they brought in some anti-oppression facilitators to work with the group.

Very quickly the facilitators talked about how white people dominate black people and immediately applied that to the group, explaining that the group needed to understand its white privilege.

Had the facilitators found out a little more about the dynamics in the room, they would have learned that, through some quirks of history, the black workers were paid better than the white workers. That didn’t mean they didn’t benefit from white privilege in other ways, but the facilitators were completely clueless to the actual dynamics of this particular group.

Both black and white, the membership ended up thinking they were trying to divide up the group instead of supporting solidarity. And amongst the white workers it generated immense resistance. Rather than experiencing the facilitators as allies helping them grow, they saw them more like bosses, again telling them that they had no right to complain.

The organiser tells me it did nothing to help the group move forward and, in fact, created backlash against that kind of anti-oppression language and approach.
I’m hearing more and more stories like this, where activists apply their anti-oppression lens they learned on everything they encounter in their movement work, blind to anything else or other dynamics swirling in the room.

In this case, it replicated working-class people being told what to think, how to think, and that their own experience is invalid. The facilitators were experts. The participants were the clueless, the stupid.

It shows up in lots of ways.

Not long ago I was leading a workshop with a mix of activists, the bulk of whom were US and Canadian activists, with a healthy mix of activists from Asia and regions in Europe. During one session, one Canadian participant well-versed in anti-oppression politics tried to lead the group through an exercise on exploring issues of privilege in the group. She stood in the front of the room and asked the group to identify in this group who had power on issues of race.

At first the group hesitated.

Of course, that’s common enough. I’m sure when she’s done those workshops in Canadian contexts groups hesitate to give what feels like the obvious answer: white people.

She nodded and moved on to ask: And who has less power?

Slowly the resistance began to reveal itself. Some people started to identify different people of colour: latino, black, indigenous.… A participant from the country of Georgia spoke: ‘This really doesn’t make any sense to me. We don’t even have this label called “latino” in my country.’ The Thai participants likewise balked – ‘we don’t use these labels of race.’ This was a North American-based conversation and they felt completely distanced from it.

At that moment I felt a lot of compassion for the participant leading the session. She struggled magnificently to make meaning of the moment. But it was a tough moment, with those outside of the North American context feeling once more dismissed.

The problem wasn’t her direction. I agreed with her that the group had dynamics related to identity – and many of those were tied in with racial differences. The problem was she was following the model put forward by many of her young (and mostly middle-class) peers: start with generalisations.

In the above paragraph, I mention middle-class for a reason. I think there’s something especially challenging for people coming from academia – where cognitive theory and thinking about things is valued over having and learning from experiences of regular people.

As the son of two college professors, I know that land of academia well. It’s about defining, characterising, making abstractions, building theory, and using theoretical models as lenses to understand large (and small) social dynamics. That land has an almost unwavering (and rarely questioned) belief that if we can apply a label to it and create some theoretical boxes for it, we can understand it.

So well-meaning folks from that background – as in those two stories above – come into a room and label/identify/generalise based on what they have learned, rather than observing if it’s actually true here. They’re acting like academics who know better then everyone else what’s going on.

This is especially disturbing because the people who tend to be most marginalised are people on the margins of society. In this case, it was people from poor countries and the Global South.

I’ve seen this countless times. One of the groups most regularly marginalised by this process is white working-class – especially raised poor, straight men. Hidden behind their skin colour and masculinity are their stories experiencing the violence of poverty, the broken dreams and shattered hopes. Yet when they walk into a room they get told by middle-class kids: ‘Step back, you’re privileged.’

Thankfully, there is an alternative to the world of: ‘tell first, ask later [or never].’

Instead of starting from the land of generalisations and theory, one could walk into a room immediately curious and ask people what they experience.

The union organiser told me after kicking out the anti-oppression facilitators, he led the group through each of them thinking of a time when they felt dismissed by others. It was a unifying starting point consistent with union solidarity. Then he opened it up by getting people to get specific about those differences, allowing them some space to talk about racism, working-class oppression, sexism – but all rooted in people’s stories and the language they used to describe it.

That approach is consistent with the four-step experiential model Training for Change has been teaching which has had high impact. I believe this model would be high impact for anti-oppression trainers, too.

Experience: a personal activity, exercise, or some kind of doing which invites discovery

Reflection: thoughts and feelings related specifically to the experience

Generalisation: extending the learnings from the immediate experience to a larger context of knowledge or theory

Application: putting the new knowledge or theory to work in a fresh activity or exercise. This fourth step becomes, of course, a new experience (1), which frequently deserves reflection (2), generalisation (3), and so on.

This is what I proposed to the young woman trying to teach that highly multicultural group:

‘That’s because generalisation is about abstraction/classification. It’s an essential step because it anchors the knowledge in the cognitive map of the learner. The way we communicate about abstractions in learning settings is, of course, through a language. That’s the problem. Clarity of language is up for grabs in a multi-cultural setting. What words mean is enormously influenced by cultural background, and your understanding of a set of words might be different from mine.

‘An alternative is to start with people’s experience. Ask them how they felt marginalised in this room. Give them time to think about categories of how they might classify those stories (this would still be a debate, but if people get a chance to tell their stories first, it would increase the likelihood that people are talking about the same thing).’

The concept is still the same: teach people about social dynamics. But the process starts from an entirely different place.

This is an argument I’ve had for a while with a number of training programmes who profess to teach anti-oppression theory. They lead with definitions and rhetorical descriptions. Unfortunately, they’re not turning out reflective individuals who know what their personal patterns are – they just know the theory down pat.

That’s the exact opposite lesson the women’s consciousness-raising movement taught. There, women got together and explored what life was like for them. It was a revealing, moving experience for those involved. Rather than having some external force tell them what their experience was, they got to make for themselves meaning of their own experience. That’s empowerment – and that’s what anti-oppression workshops should be teaching!

Daniel Hunter is a training elder with Training for Change, and author of Strategy and Soul: a campaigner’s tale of fighting billionaires, corrupt officials, and Philly casinos (reviewed in PN 2556: ‘I can’t recommend Strategy and Soul too highly. Whether you’re new to activism or well burnt out, there is so much here to learn from, chew over or be inspired by’). www.trainingforchange.org

There will be a whole-camp anti-oppression workshop designed by Daniel Hunter at Peace News Summer Camp on Saturday 27 July. The camp is being held just outside Diss, Norfolk. See here for more details. More info and a link for tickets via www.peacenewscamp.info