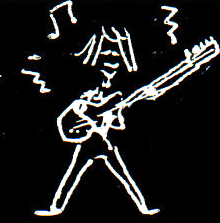 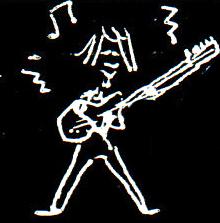 My father was a Gurkha and we lived in a British army camp in East Nepal where all the Nepalis lived on one side of the camp and all the British on the other. My father, a commissioned officer was given housing on the British side which made things kind of weird for me and my sister.

I would swim, ride horses, and attend the whites-only small, makeshift elementary school. At sleep-overs, I found myself wanting to eat the colonel’s daughter’s strawberry-flavoured imported Punch and Judy toothpaste. I’d watch as the Nepali maids bathed the little white kids.

There was generally a more community-oriented feeling on the Nepali side, where all the aunts and uncles were growing veggies in their gardens, where I learned to brush teeth with branches cut from a herbal tree, and play ‘looki mari’ (hide and seek) with my fellow sisters and brothers, running through everybody’s yard – something that was not done on the other side.

I’d fast forget about strawberry toothpaste with the novelty of brushing teeth with a small twig at my uncles. He was in charge of the farm at the camp and would let me come and hang out, search for duck eggs, hold baby chicks, and ride buffalo.

One day, my British friends and I were hanging out and suddenly one of them said: ‘You know, you shouldn’t be living on this side of the camp. You’re supposed to be on the other side. Anyway, you don’t even belong in our pool. You should be swimming in the blacks-only pool. And you’re not supposed to go to the farm, it’s our farm!’ I didn’t quite know how it was that I was allowed, but I’d never questioned it. They all looked at me sniggering, and one of them said: ‘You don’t belong in our pool because you’re a blackie.’

It’s probably inappropriate for me to write this in a pacifist newspaper, but today I would have stood up and given my best Bruce Lee back-fist punch to all of them. Alas, I was around eight-years-old and hadn’t started Jeet Kune Do yet. I just trembled in fear until eventually they started to say that I should quit following them around because I was a ‘blackie’ and I just kind of stood and stared, holding down tears as they all walked off . There were Nazi youth in East Nepal, of all places.

Years down the line, I’m still hanging out with minority status within the subculture I associate myself with – that being a) Asian, b) a womyn, c) a 40-year-old guitarist in the punk scene.

Musically, men probably dominate 30-1 in the punk scene, and that’s what I’ve seen in the West. Let’s not even count Nepal, I’m a drop in the ocean. Forget fighting for gender equality — it’s pretty clear that the majority of women are not into ripped clothes and viciously slaying others with their noisy guitars or drums to a bunch of mainly, equally scruffy-looking, disillusioned, angry men. You can’t drag a horse to the water and make her drink and all that.

I’ve never seen many Asians at shows either when I’ve gigged the circuit in the West. OK, maybe I did once. I got all excited but we had no chance to mingle like two lost souls in a fish bowl because they left early. Sometimes I wonder what I’m doing in this radically anti-fascist, anti-racist, anti-sexist movement. More so, it’s extremely rare to see a brown, over-40-year-old in this scene.

I think it’s time for me to switch to hip-hop.

Sareena Rai lives and works in Kathmandu, Nepal. She is working to include more brown women in punk music and self-defense. It’s a losing battle, but it’s not the winning that counts, it’s the fun.