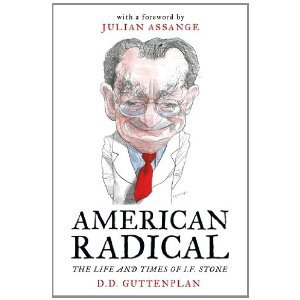 The US journalist I F Stone thought so 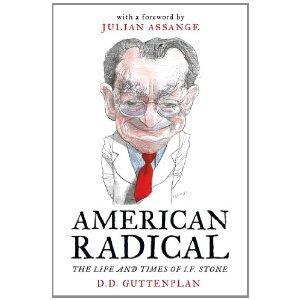 The US radical broadcaster Democracy Now! calls IF Stone “the premier investigative reporter of the twentieth century.” During his remarkable career, he exposed the reality behind the Great Depression, big business resistance to the New Deal, the atomic bombing of Hiroshima, the Korean war, the Cold War, the McCarthy years, the civil rights movement and America’s war in Vietnam. The FBI tapped his phone, rifled through his rubbish bins and placed him under surveillance in an attempt to uncover his sources and intimidate him. When the mainstream press barred him, he founded his own newspaper, IF Stone’s Weekly. In the 1960s, it had a circulation of more than 70,000 and was required reading for radical activists everywhere. His motto: “All governments are run by liars!”

Born Isadore Feinstein Stone, a pedlar’s son in the slums of Philadelphia, and raised in rural New Jersey, by the age of 25 this college drop-out had transformed himself into an influential New York city newsman, enjoying easy access to key figures in New Deal Washington and the salons of Manhattan.

From the great sit-down strikes marking the rise of the CIO union to the sit-ins for racial equality, from the earliest marches in favour of nuclear disarmament to the gigantic demonstrations against the war in Vietnam, wherever there was a US opposition, Stone was in the thick of it. The key to Stone’s achievements lay in the force and passion of his political commitments. Though the FBI tracked his every move, especially during the repressive McCarthy years, he was never intimidated and never slowed down. His faith in the long-term prospects for North American democracy gave enduring power and resonance to his calm, devastating reports on US politics and institutions. Read today, many of his pronouncements – about government secrecy, about Korea, Vietnam, Israel and Palestine, about urgent issues of war and peace – have the force of prophecy.

IF Stone’s inspiring reports amount to a hidden history of our times. And, as my book An American Radical makes clear, they are a stirring reminder of how much difference one man can make