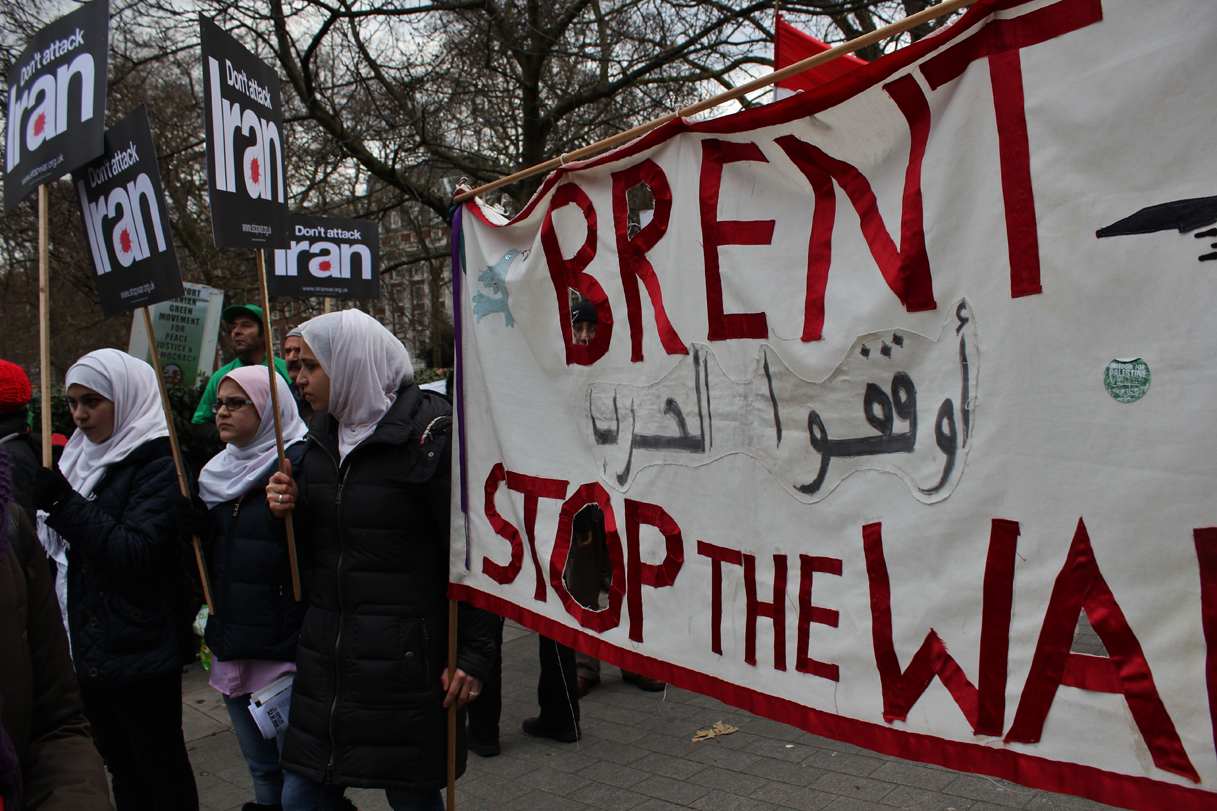 Scuffles break out at Syria/Iran action 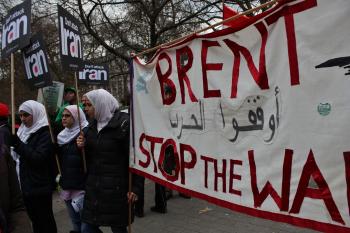 With increasing pressure for a military attack on Iran and for military intervention in Syria, the Stop the War Coalition called a demonstration at the US embassy on 28 January under the portmanteau title ‘Stop the war before it starts: don’t attack Iran/Syria.’

Coupling the two was illadvised – there are important differences. And so it proved: several speakers were booed or chanted down, and groups supporting the Syrian and Iranian governments (waving national flags) were soon fighting with Iranian opposition groups, equally opposed to an attack on Iran but with banners calling for a ‘Free Iran’.

Not a good advertisement for the peaceful resolution of disputes!