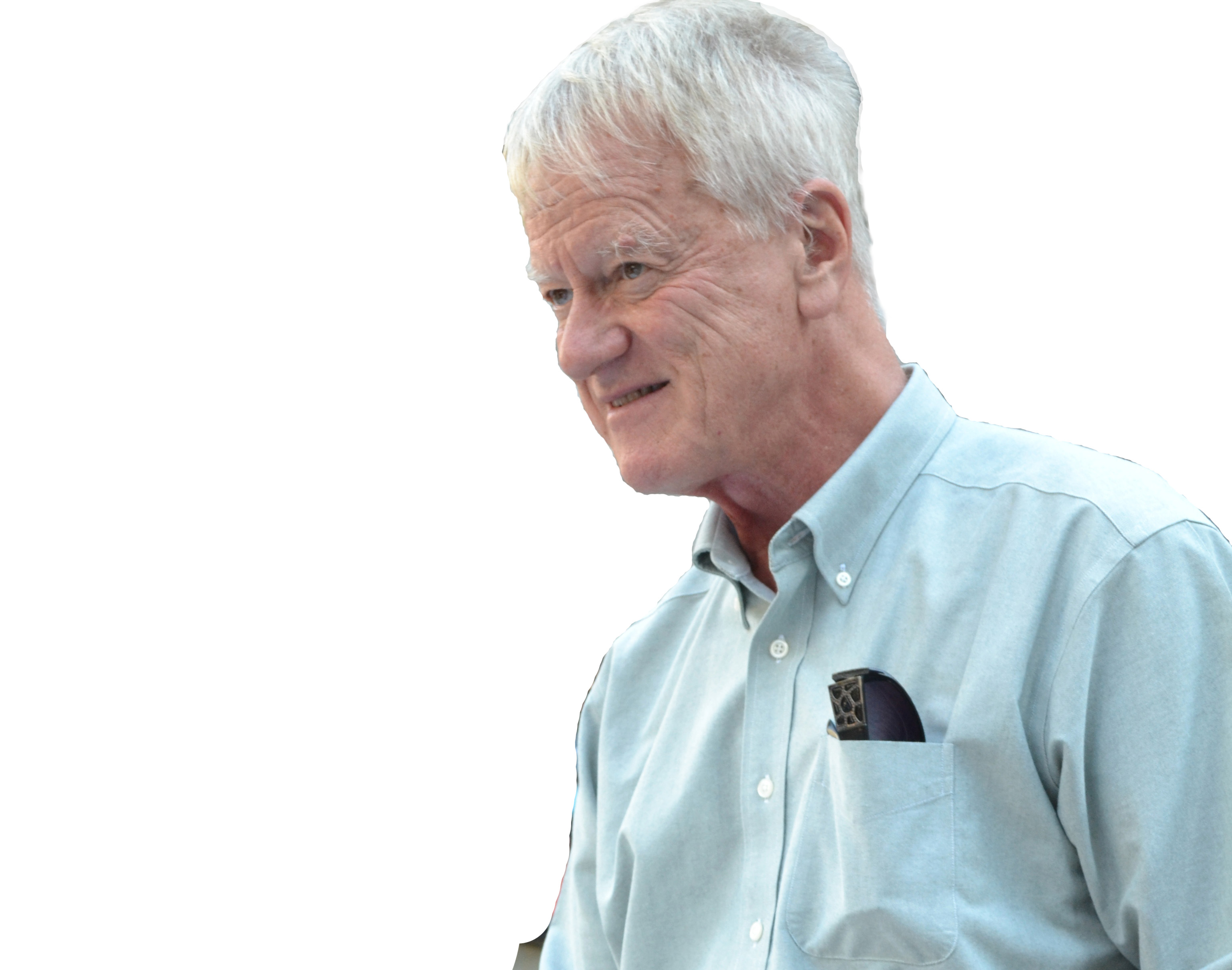 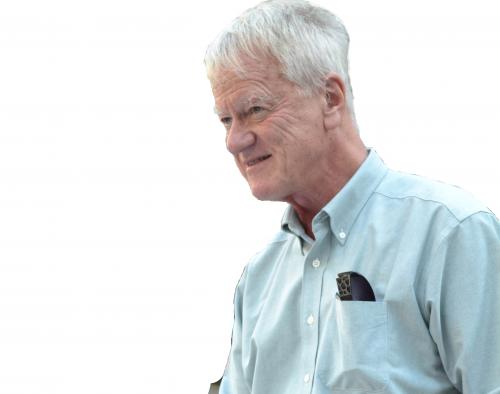 While many of us are working to ensure that the Occupy movement will have a lasting impact, it’s worthwhile to consider other countries where masses of people succeeded in nonviolently bringing about a high degree of democracy and economic justice. Sweden and Norway, for example, both experienced a major power shift in the 1930s after prolonged nonviolent struggle. They ‘fired’ the top 1% of people who set the direction for society and created the basis for something different.

Both countries had a history of horrendous poverty. When the 1% was in charge, hundreds of thousands of people emigrated to avoid starvation. Under the leadership of the working class, however, both countries built robust and successful economies that nearly eliminated poverty, expanded free university education, abolished slums, provided excellent health care available to all as a matter of right and created a system of full employment.

Unlike the Norwegians, the Swedes didn’t find oil, but that didn’t stop them from building what the latest CIA World Factbook calls ‘an enviable standard of living’. Neither country is a utopia, as readers of the crime novels by Stieg Larsson, Henning Mankell and Jo Nesbø will know. Critical left-wing authors such as these try to push Sweden and Norway to continue on the path toward more fully just societies.

However, as an American activist who first encountered Norway as a student in 1959 and learned some of its language and culture, the achievements I found amazed me.

I remember, for example, bicycling for hours through a small industrial city, looking in vain for substandard housing. Sometimes resisting the evidence of my eyes, I made up stories that ‘accounted for’ the differences I saw: ‘small country’, ‘homogeneous’, ‘a value consensus’.

I finally gave up imposing my frameworks on these countries and learned the real reason: their own histories. Then I began to learn that the Swedes and Norwegians paid a price for their standards of living through nonviolent struggle.

There was a time when Scandinavian workers didn’t expect that the electoral arena could deliver the change they believed in. They realised that, with the 1% in charge, electoral ‘democracy’ was stacked against them, so nonviolent direct action was needed to exert the power for change.

In both countries, the troops were called out to defend the 1%; people died. Award-winning Swedish filmmaker Bo Widerberg told the Swedish story vividly in Ådalen 31, which depicts the strikers killed in 1931 and the sparking of a nationwide general strike. (You can read more about this case in an entry by Max Rennebohm in the online Global Nonviolent Action Database.)

The Norwegians had a harder time organising a cohesive people’s movement because Norway’s small population – about three million – was spread out over a territory the size of Britain. People were divided by mountains and fjords, and they spoke regional dialects in isolated valleys.

In the nineteenth century, Norway was ruled by Denmark and then by Sweden; in the context of Europe Norwegians were the ‘country rubes’ [bumpkins], of little consequence. Not until 1905 did Norway finally become independent.

When workers formed unions in the early 1900s, they generally turned to Marxism, organising for revolution as well as immediate gains. They were overjoyed by the overthrow of the czar in Russia, and the Norwegian Labour Party joined the communist International organised by Lenin. Labour didn’t stay long, however.

One way in which most Norwegians parted ways with Leninist strategy was on the role of violence: Norwegians wanted to win their revolution through collective nonviolent struggle, along with establishing co-ops and using the electoral arena.

In the 1920s, strikes increased in intensity. The town of Hammerfest formed a commune in 1921, led by workers’ councils; the army intervened to crush it. The workers’ response verged toward a national general strike. The employers, backed by the state, beat back that strike, but workers erupted again in the ironworkers’ strike of 1923–24.

The Norwegian 1% decided not to rely simply on the army; in 1926 they formed a social movement called the Patriotic League, recruiting mainly from the middle class. By the 1930s, the League included as many as 100,000 people for armed protection of strike breakers – this in a country of only three million!

Labour leadership understood that in a protracted struggle, constant outreach and organising was needed to sustain a nonviolent campaign.

In the midst of the growing polarisation, Norway’s workers launched another wave of strikes and boycotts in 1928. The Depression hit bottom in 1931. More people were jobless there than in any other Nordic country.

Unlike in the US, the Norwegian union movement kept the people thrown out of work as members, even though they couldn’t pay dues. This decision paid off in mass mobilisations. When the employers’ federation locked employees out of the factories to try to force a reduction of wages, the workers fought back with massive demonstrations. Many people then found that their mortgages were in jeopardy. (Sounds familiar?)

The Depression continued, and farmers were unable to keep up payment on their debts. As turbulence hit the rural sector, crowds gathered nonviolently to prevent the eviction of families from their farms.

The Agrarian Party, which included larger farmers and had previously been allied with the Conservative Party, began to distance itself from the 1%; some could see that the ability of the few to rule the many was in doubt.

By 1935, Norway was on the brink. The Conservative-led government was losing legitimacy daily; the 1% became increasingly desperate as militancy grew among workers and farmers. A complete overthrow might be just a couple years away, radical workers thought. However, the misery of the poor became more urgent daily, and the Labour Party felt increasing pressure from its members to alleviate their suffering, which it could do only if it took charge of the government in a compromise agreement with the other side. This it did.

In a compromise that allowed owners to retain the right to own and manage their firms, Labour in 1935 took the reins of government in coalition with the Agrarian Party. They expanded the economy and started public works projects to head toward a policy of full employment that became the keystone of Norwegian economic policy.

Labour’s success and the continued militancy of workers enabled steady inroads against the privileges of the 1%, to the point that majority ownership of all large firms was taken by the public interest. (There is an entry on this case as well in the Global Nonviolent Action Database.)

The 1% thereby lost its historic power to dominate the economy and society. Not until three decades later could the Conservatives return to a governing coalition, having by then accepted the new rules of the game, including a high degree of public ownership of the means of production, extremely progressive taxation, strong business regulation for the public good and the virtual abolition of poverty.

When Conservatives eventually tried a fling with neoliberal policies, the economy generated a bubble and headed for disaster. (Sound familiar?) Labour stepped in, seized the three largest banks, fired the top management, left the stockholders without a dime and refused to bail out any of the smaller banks.

The well-purged Norwegian financial sector was not one of those countries that lurched into crisis in 2008; carefully-regulated and much of it publicly-owned, the sector was solid.

Although Norwegians may not tell you about this the first time you meet them, the fact remains that their society’s high level of freedom and broadly-shared prosperity began when workers and farmers, along with middle-class allies, waged a nonviolent struggle that empowered the people to govern for the common good.