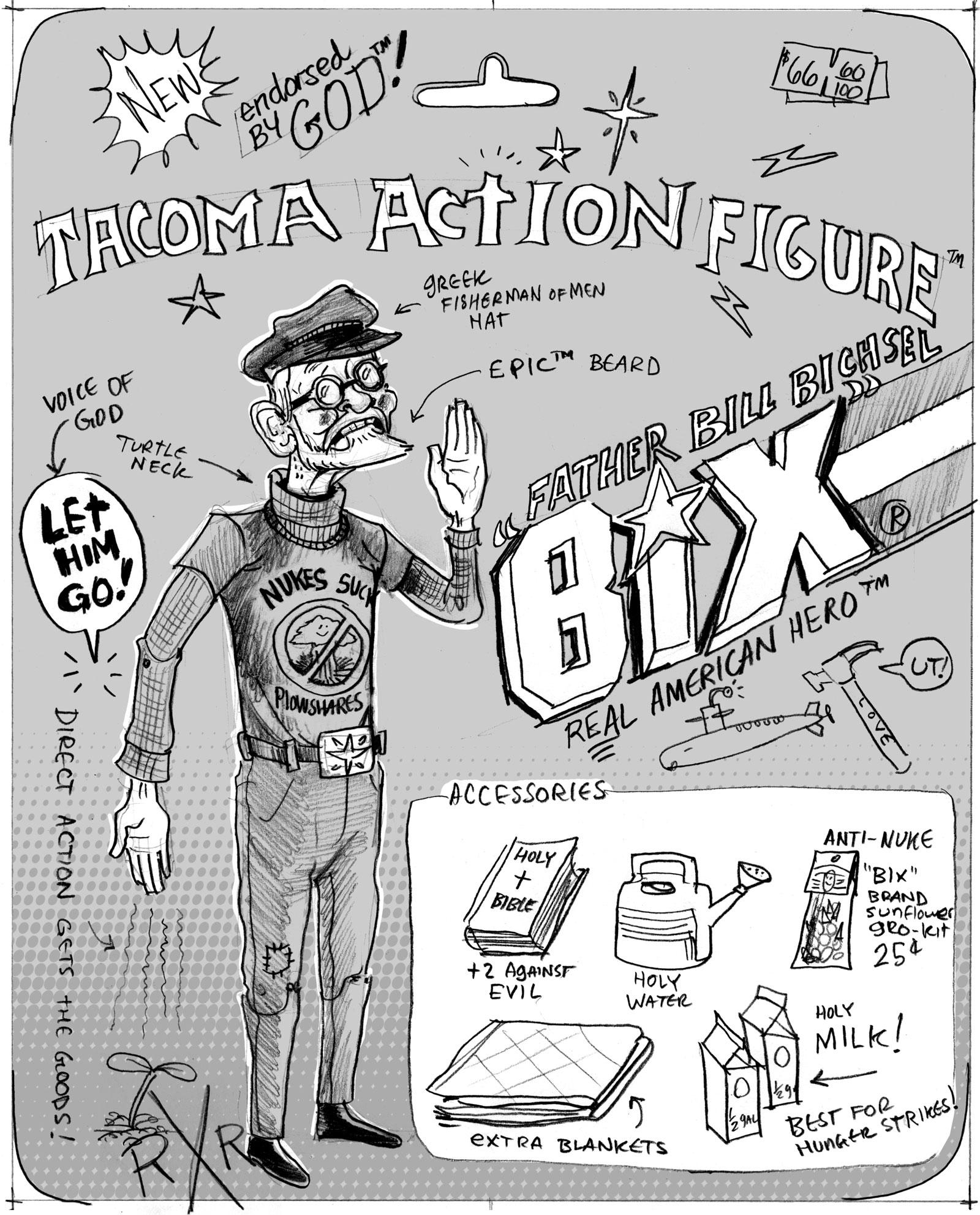 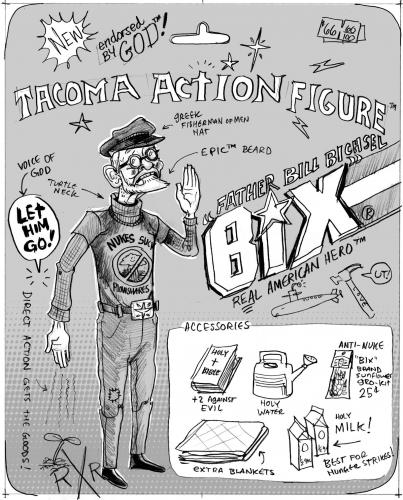 Father Bill ‘Bix’ Bichsel, 83, recidivist peace activist, was imprisoned (for three months) for trespassing at the Y12 nuclear weapons complex in Oak Ridge, Tennessee. Bix left prison on 9 February (having completed 19 days of fasting against ‘nuclear weapons, inhumane treatment at prisons and the separation of policy from conscience’). This picture by cartoonist and inventor RR Anderson (from Bix’s home town, Tacoma) is of a Tacoma Action Figure: ‘REAL ULTIMATE American Hero Bix Bichsel’. Anderson writes: ‘The Jesuit priest known by many simply as “Bix” is likely in the top five greatest TACOMANIANS who’ve ever lived on this planet. When was the last time you personally have spoken out against the obscene, illegal and immoral waste these weapons of instantaneous mass murder represent? Bix may have ended his hunger-strike, but he hasn’t surrendered in his quixotic endeavour to make the world a better place.’