This is super-super-late news, there are no excuses. Chelsea Manning, US army whistleblower, was freed way back on 12 March, after attempting suicide in prison the day before.

Chelsea had been detained for over 11 months at that point because she refused to give evidence to a grand jury investigating WikiLeaks.

This sum was raised in less than 48 hours (… 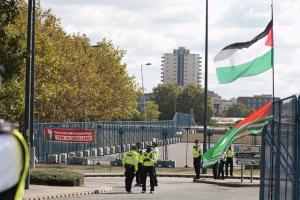 More than 60 doctors wrote an open letter expressing their fear…

There are strict rules, but you can write letters (not cards) to these two political prisoners.

Please write (using white paper only!) to the US whistleblower: 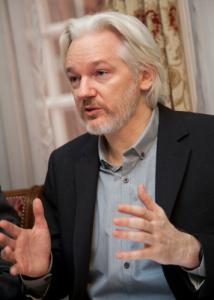 Assange is being charged under the US Espionage Act 1917, mainly for obtaining… 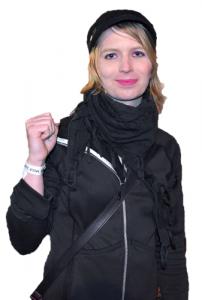 Chelsea Manning, who bravely exposed atrocities committed by the US military, is again imprisoned in a US jail. On International Women’s Day, 8 March, she was incarcerated in the Alexandria, Virginia, federal detention centre for refusing to testify in front of a secretive grand jury. [In the US system of law, grand juries decide (in secret)… 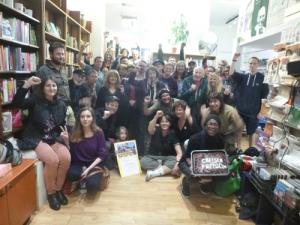 The Peace News/Housmans Bookshop ‘Chelsea Manning Freedom Party’ had people crowding into the bookshop on 17 May to eat cake and hear trans women Kirsten and Mika; Ben Griffin of Veterans for Peace; and others.

Chelsea Manning is a whistleblower who was working for the US military as a data analyst during the US-led coalition war in Afghanistan. She was sentences to serving 35 years in military prison for leaking classified US government documents to the Wikileaks website, and revealing to the public that the US army, the CIA and Iraqi and Afghan forces committed human rights violations. The crimes she…

Sam Archie: On 17 January, in one of his last acts as US president, Barack Obama commuted Chelsea Manning’s sentence from 35 years down to seven years. The transgender military whistleblower is now scheduled to be released on 17 May. (PN is holding a party at Housmans bookshop – see p10. )

Veterans for Peace UK said: ‘Among her achievements was to prove to other military personnel that they were correct to question the wars and entitled to refuse, resist and disobey…

Please send a card (in an envelope) for 1 December Peace Prisoners Day! Please do include a return name and address on the envelope. Also: avoid writing anything that might get the prisoner into trouble.

On 13 September, military whistle-blower Chelsea Manning finally won the right to be given gender reassignment therapy, five days after she started a hunger strike. This will be the first time a trans prisoner in the US has received this treatment.

Chase Strangio, Chelsea’s attorney at the American Civil Liberties Union, commented: ‘This medical care is absolutely vital for Chelsea. It was the government’s refusal to provide her with necessary care that led her to attempt suicide…

On 18 September, US military whistle-blower Chelsea Manning revealed that the US military authorities were refusing her permission to grow her hair long, despite this being recognised as part of her treatment plan for gender dysphoria.

On 18 August, Manning was punished by prison authorities for possessing magazines: Vanity Fair (with another famous trans woman on the cover, Caitlyn Jenner) and Cosmopolitan (containing an interview with... Chelsea Manning). Also, she… 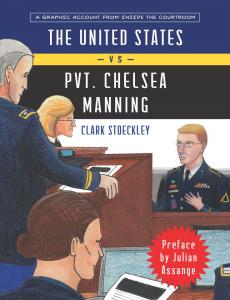 Clark Stoeckley’s crudely-illustrated non-fiction graphic novel provides an accessible precis of Manning’s trial, taking us from her first pre-trial hearing in December 2011 through to her sentencing in August 2013. Along the way, we learn…

Militarism, trans* liberation and our movements 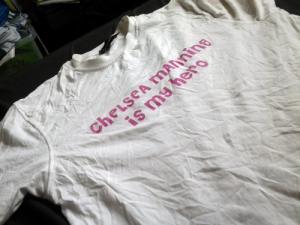 Chelsea Manning was already a hero of mine after releasing hundreds of thousands of classified documents revealing US war crimes in Iraq and Afghanistan. Her whistleblowing was digital direct action akin to the 1960s Spies for Peace revelations of UK preparations for nuclear war and exposure of the US COINTELPRO programme in the 1970s.

And then, as the world watched a military judge give her a 35-year sentence, she opened herself up with a beautiful and articulate statement: ‘I want…

On 7 October, US whistleblower Chelsea Manning stated publicly that she does not consider herself a pacifist, anti-war ‘or (especially) a “conscientious objector”.’

Manning, who is serving a 35-year sentence for leaking US military and diplomatic files, wrote: ‘it’s not terribly clear to me that my actions were explicitly done for “peace”.’

Manning was responding to the award to her of the International Peace Bureau’s 2013 Sean MacBride Peace Award.