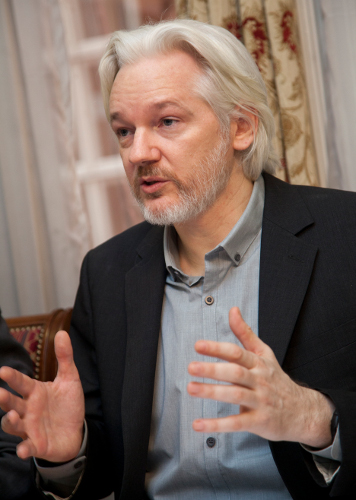 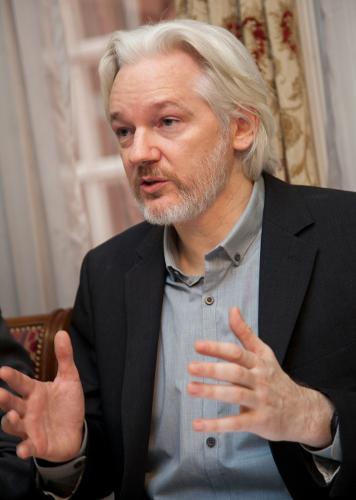 Assange is being charged under the US Espionage Act 1917, mainly for obtaining secret ‘national defense information’ (from Chelsea Manning when she served in military intelligence).

‘The charges rely almost entirely on conduct that investigative journalists engage in every day’, Jameel Jaffer, director of the Knight First Amendment Institute at Columbia University, told the New York Times. Jaffer added: ‘The indictment should be understood as a frontal attack on press freedom.’

The editors of the crusading online investigative journalism project, the Intercept, warned of ‘a major escalation in the US government’s criminalization of journalism’.

They went on: ‘Journalism isn’t espionage. Being a journalistic source isn’t engaging in spying. And publishing information that lays bare government misconduct or war crimes is not espionage. When journalism is treated as a crime, we are all in danger.’

Assange has been sentenced to 50 weeks in prison by a British court for breaking bail in 2012 when he entered the Ecuadorian embassy in London for sanctuary.

The Ecuadorian government allowed the British police to enter its London embassy and arrest Assange on 11 April. At the time of going to press, Swedish prosecutors had begun the process of requesting Assange’s extradition on charges of sexual assault (which he denies).

In the US, Chelsea Manning released a statement from prison saying: ‘This administration describes the press as the opposition party and an enemy of the people. Today, they use the law as a sword, and have shown their willingness to bring the full power of the state against the very institution intended to shield us from such excesses.’

She faces up to 18 months in prison and tens of thousands of dollars in fines ($1,000 a day if she remains in prison for over 60 days). Chelsea Manning told the court on 16 May she would not give evidence against WikiLeaks: ‘I would rather starve to death than change my opinion in this regard. And when I say that, I mean that quite literally.’

Chelsea Resists, the support group, has raised $100,000 for her legal costs, but needs $50,000 more. They are also raising money for her rent and phone calls.

Write to Julian and Chelsea: There are strict rules, but you can write to Chelsea Manning with this exact address (please use white paper throughout): Chelsea Elizabeth Manning, A0181426, William G. Truesdale Adult Detention Center, 2001 Mill Road Alexandria, VA 22314, USA. (No cards, postcards, photocopies, books, magazines or cash allowed, and no decorations on the envelope!) Donations and more info: www.xychelsea.is. Strict rules again, but you can also write (‘a short personal note’) to Julian Assange: Mr Julian Assange, DOB: 3/07/1971, HMP Belmarsh, Western Way, London SE28 0EB. (You must include your full name and address on the back of the envelope. Again, no cards or postcards. If you would like him to write back, please include a blank piece of paper with a self-addressed and stamped envelope. No loose stamps!)