Lessons from a Dark Time & Call Them By Their True Names 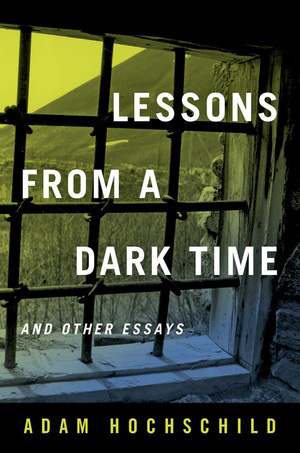 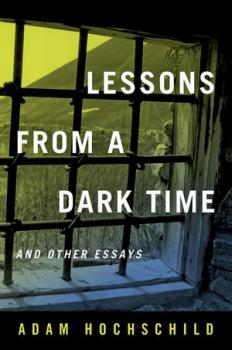 The United States’ April 1917 entry into the First World War sparked a massive wave of internal repression that was to last until 1920.

US radical newspapers and magazines were targeted, with postmasters ordered to be on the lookout for anything ‘calculated to … embarrass or hamper the Government in conducting the war’.

The former secretary of war, Elihu Root (who would go on to co-found the prestigious Council on Foreign Relations) told a gathering at New York’s Union League Club that: ‘There are some newspapers published in this city every day the editors of which deserve conviction and execution for treason’.

The justice department encouraged the formation of vigilante groups such as the American Protective League (APL). The latter carried out so-called ‘slacker raids’ throughout the country. One September 1918 raid in New York city and the surrounding area netted over 60,000 men, only 199 of whom were determined to be ‘draft dodgers’.

The war also provided the perfect excuse for attacks on the labour movement. In June 1917, a posse of over 2,000 mining company officials, hired gunmen, and ‘armed local businessmen’, formed by a local sheriff and led by a car mounted with a machine gun, marched roughly 1,200 strikers and their supporters out of the town of Bisbee, Arizona, forced them at bayonet point onto two dozen cattle cars and transported them across state lines to New Mexico where they were placed in a US army stockade.

‘All of these shameful events were widely reported in print, sometimes photographed, and in a few cases even caught on film’, Adam Hochschild notes in the title piece of his latest collection. ‘But the press generally nodded its approval.’

Nonetheless, Hochschild reminds us, there was also resistance – and it made a difference. During the infamous ‘Palmer Raids’ of 1919 – 1920, which saw as many as 10,000 ‘aliens’ arrested, the assistant secretary of labour, Louis F Post, was able to prevent some 3,000 deportations by cancelling search warrants, restoring habeas corpus rights for detainees, and drastically reducing or eliminating bail for many of them.

Most of us in the US and Britain today are not (yet) facing conditions as draconian as those our forebears faced 100 years ago. Nonetheless, with the ongoing global refugee crisis and the threats posed by both far-right populism and the environmental crisis, we too are living in ‘dark times’ of our own.

In such times, Hochschild notes, ‘we need moral ancestors’. And these are present in spades here, ranging from Rebecca Masika Katsuva, the Congolese rape survivor who founded a women’s shelter to provide support and medical treatment for other survivors, to Elizabeth Heydrick, the 18th/19th-century Quaker pamphleteer who inspired the formation of some 70 women’s anti-slavery societies. Also Laurie Baker, the British-born architect and conscientious objector, who spent over half a century after the Second World War living in India, combining traditional techniques and materials with modern design principles to provide low-cost housing for India’s poor.

Active in the civil rights and anti-war movements of the 1960s, and co-founder of the US radical magazine Mother Jones, Hochschild is probably best-known today for his work as a ‘public historian’ (‘writing history, not for other historians but for ordinary people’). His work has included books on the campaign to expose the mass killings in Belgian king Leopold II’s so-called ‘Congo Free State’, Russians’ recollections of life during Stalin’s reign of terror, and the US citizens who volunteered to fight in Spain against fascism in the 1930s.

These subjects, as well as others that Hochschild has written about at book-length in the past, all reappear in this sparkling collection of essays, reviews and reportage. Lessons from a Dark Time also draws on previously-uncollected work from 1979 to 2018 (though most of it dates from the last 18 years). A perfect complement to his earlier books, it could just as well serve as a stand-alone introduction to his work.

But there are also pieces on ‘new’ topics including the history of the US surveillance state, India (one fascinating essay explores the paradoxes of development in Kerala, whose much-praised achievements are ‘strangely divided between a strong labour movement and communist politicians, on the one hand, and some feudal monarchs, on the other’), US gun culture, Finland’s prison system and a short (and uncharacteristically humorous) piece on writers’ book tours.

Hochschild’s characteristic blend of compassion, nuanced judgement, diligent research and literary craftsmanship is evident throughout. He is also expert at finding the telling and memorable nugget: the South African anti-apartheid activist who discovers that his best man has been reporting on him to the CIA; the bumbling FBI agents whose mission to spy on a meeting at writer Jessica Mitford’s house almost comes to grief when, hidden in the crawl space beneath her building, one of them falls asleep and starts snoring; or Mark Twain’s financial support for Warner T McGuin, one of the first Black students to enter Yale Law School, who in turn went on to mentor Thurgood Marshall, the Black lawyer whose legal arguments in the famous Brown v Board of Education case ended legal school segregation in America.

In 2008, the St Petersburg office of Memorial – a national society that focuses on documenting and publicising the grim realities of Soviet history – was raided by police wearing ski masks. They confiscated 12 computer hard drives, containing the entire digital archive of the atrocities committed under Stalin. According to Vladimir Putin, Russia’s history books ‘should cultivate in young people a feeling of pride’, not expose the past crimes of the powerful.

Hochschild cites this disturbing incident as ‘a reminder that in many parts of the world practicing public history is a dangerous business’. It is dangerous, of course, because what ‘ordinary people’ believe about history – theirs and other people’s – matters.

In contrast to Putin’s vision of history as a patriotic fairy story, Hochschild urges us instead to squarely face up to both its horrors and its heroes and heroines: ‘taking the bricks of the past and using them to build something solid for the future.’ Lessons From a Dark Time shows, once again, that he is a master builder. 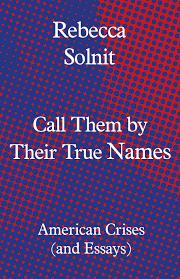 Rebecca Solnit is another writer and public historian with a long history of involvement in activism.

As with Hochschild, everything Solnit writes is worth reading. And, whether she’s musing on the impact of the Genesis myth (‘if you give up on grace, you can give up on the fall [and] start enjoying stuff that’s only pretty good’) or connecting the dots joining free market ideology to the world of ‘alternative facts’ (the latter ‘deregulate[s] meaning’), her latest collection of topical essays, Call Them By Their True Names, is a fine showcase for her formidable talents.

Split into four sections, the first (‘American elections’) focuses on Trump’s election, voter suppression, and the role of misogyny in the opposition (on both left and right) to Hillary Clinton.

Among the powerful and important points Solnit makes, one stood out for me: that the US Republican party has spent decades systematically suppressing the votes of people of colour, knowing that ‘they could never win a fair national election with their current platform of white grievance and misogyny and favors for the most powerful’.

To this end, a raft of measures have been employed including ‘voter ID’ laws, removing polling stations and the 2013 supreme court gutting of the Voting Rights Act. By Solnit’s estimate, some 20 million voters were effectively disenfranchised in the 2016 US presidential election. When did you last hear that mentioned on the BBC?

Clinton was clearly the lesser of two evils in 2016 – though of course the lesser of two evils is still an evil. Nonetheless, Solnit’s points that what had been ‘accepted or merely disliked’ in the likes of Bill Clinton, Barack Obama or John Kerry ‘was [deemed] an outrage in her’ – and that the main reason for this was her gender – appear fundamentally sound to me. (Interestingly, she notes that Clinton ‘won the popular vote by almost three million votes, a total exceeding the votes won by any white man, ever, in a US election’.)

“The Republicans have spent decades systematically suppressing the votes of people of colour, knowing that they could never win a fair national election with their current platform of white grievance and misogyny and favors for the most powerful”

The second section (‘American emotions’) explores anger, political purity and the many underrated virtues of preaching to the choir. The following quote from her piece, ‘Facing the Furies’, where she argues against ‘grant[ing] anger a special authenticity’, will surely resonate with many: ‘People at all points on the political spectrum are often furious about things they had not previously paid much attention to and don’t know much about. Anger is frequently mistaken for a dowsing rod indicating something deep, when it is better understood as a dial that can be spun with a flick of the finger.’

‘The most committed organisers I know,’ she writes ‘are not often incensed. Their first obligation is to changing how things are – to action, not self-expression’.

The third selection (‘American edges’) takes in a wide range of topics, including two stand-out pieces on miscarriages of justice: ‘Death by Gentrification’, on the killing of the 28-year-old licensed security guard Alejandro ‘Alex’ Nieto by San Francisco police; and ‘Bird in a Cage’, about death row prisoner Jarvis Masters. The latter features a beautiful metaphor about rowing (or swimming) with or against the tide, which is worth the price of the book on its own.

If one of Hochschild’s big themes is to uncover and retell the stories of our ‘moral ancestors’, one of Solnit’s is the indirect nature of historical causation, especially when it comes to social change. Thus she rejects ‘the assumption that historical events either produce straightforward, quantifiable, immediate results or they fail to matter’. ‘Epochal change often begins’, she writes, ‘with efforts that fail in their direct aims but succeed in shifting the conversation and opening space for further action’. The point is well taken, though care needs to be taken lest it be used to justify a lazy failure to learn from past mistakes.

Likewise, I wonder if Solnit’s abundant optimism sometimes blinds her to some of the unintended negative consequences of activism.

For example, the 1970s movement against nuclear power may, as Solnit claims, have had positive indirect effects on both the Central America solidarity movement and AIDS-treatment activism.

However, that same movement’s success in ‘cancell[ing] more than one hundred planned nuclear [power] projects’ and shifting public opinion against nuclear power may, in historical perspective, also have caused more deaths than it prevented, given what we now know about the relative dangers (from air pollution alone) posed by nuclear power and burning fossil fuels (see Karecha and Hansen, ‘Prevented Mortality and Greenhouse Gas Emissions from Historical and Projected Nuclear Power’, Environ. Sci. Technol., 2013, dx.doi.org/10.1021/es3051197).

It is, of course, possible for people of good will to be mistaken and for the processes of social change to sometimes take one step forward and two steps back. I hope that Solnit welcomes such criticisms as part of the intellectual exchange ‘you do when you agree with people in general but have specifics to work out’.

In the final essay of the final section (‘Possibilities’), Solnit writes that the past ‘gives us patterns, models, parallels, principles, and resources; stories of heroism, brilliance and persistence; and the deep joy to be found in doing the work that matters. With those in hand, we can seize the possibilities and begin to make hopes into actualities.’

I’ll say amen to that.