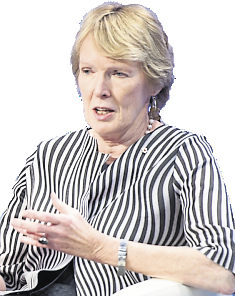 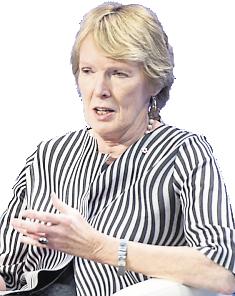 The BBC Reith lecturer in 2018 was professor Margaret MacMillan, a distinguished academic both in Canada, where she was born, and in Britain. We have Canada in common since I spent three of my Second World War years there. She rightly describes it as a peaceful country. However it is, as I found it, a traditionally militaristic one, at least educationally. It was also in my day a rather racist one as well. French Canadians were not ‘like us’. In my (English) school in Montreal, I was enrolled in the Cadet Corps at the age of 12, wearing uniform and blowing a bugle.

Professor MacMillan’s first lecture was very interesting but, from my perspective, it left out some very relevant factors of the history of war. She may well be right to give some support to the theory that organised warfare only started when nomadic people settled into defined territories. They then began to defend themselves with weapons against outside threat. But she credits war with too much social progress. Yes, women, or some of them, did get the vote as a result of the First World War. But was that the only way? The Boer War actually delayed the creation of a British national old age pension scheme.

Professor MacMillan seems to suggest that the Mutual Assured Destruction doctrine which came with nuclear weapons had a stabilising effect. Perhaps, but for how long? Robert McNamara, at the end of a life devoted to promoting US policy, said that we were saved from nuclear disaster, not by good judgement but by ‘good luck’. Macmillan did agree that nuclear proliferation is an extremely worrying trend, and she expressed the hope that such weapons could be eliminated one day.

My main difficulty with this lecture comes from what it leaves out – and I know it was just the first of several in the Reith series.

In the end, this is about one’s perspective: a matter of orientation, and which authorities you choose to respect. The experts I have come to accept – such as the scientists behind the Seville Statement on Violence (1991) or the late professor Robert Hinde, an eminent biologist much involved in Pugwash – do not conclude that we are biologically programmed for violence and war. (The Pugwash Conferences on Science and World Affairs are international gatherings of scientists concerned with disarmament and peace; they started in 1957.)

From my perspective – and I guess that of many Peace News readers – wars are perpetuated by the vested interests of nationalism, militarism and money. I did not pick up much hint of this.

US president Eisenhower warned us, long ago, about the power and influence of the military-industrial complex. Anyone who has been to the annual London arms sales exhibition will know exactly what he meant. Ours is a military culture educationally and culturally. To appreciate that, one only has to see the members of the royal family in various military uniforms on the Buckingham Palace balcony watching the RAF fly-past.

“Dr MacMillan credits war with too much social progress”

From my perspective, the ideas, movements and people that have created the protocols and institutions to prevent war are much more significant than Macmillan suggested. Though they do get a mention in the question and answer session afterwards, her first lecture makes no reference to the creation of the League of Nations in 1920 or of the United Nations in 1945. Whatever its failures, and there are many, the preamble to the UN Charter could not be clearer. It was created to ‘… save succeeding generations from the scourge of war....’

One reason for the UN’s failure to achieve such an ambitious aim is that the people of the world know so little about it or about its many successes in the fields of public health, education and literacy and labour conditions. Very few could even name the person or persons representing their country at the UN security council or the general assembly. A much higher proportion would have no difficulty in naming the team members of the London Arsenal football club. In all the discussions about the European Union, mention is hardly ever made of its first purpose after the horrors of the Second World War – to end wars between its members, as MacMillan acknowledges.

The biggest omission in the lecture was any reference to those many heroic people who have promoted wider ideas of internationalism and constructive peace. The conscientious objectors of the First World War are only now beginning to get the respect they deserve. Henry Richard MP, the 19th-century peace apostle of Wales is now emerging from the shadows. Pope Benedict’s opposition to the First World War is now better known but how strongly he was rejected by ‘right thinking’ people at the time. This is a good time to remember Sylvia Pankhurst bravely speaking peace in London’s Finsbury Park in the middle of a bloody war in front of hostile crowds.

I end with a positive suggestion. Get a copy of professors Rotblat and Hinde’s excellent book War No More – Eliminating Conflict in the Nuclear Age (Pluto 2003) and read it after reading the first Reith lecture. They make a useful constructive pair.

Bruce Kent is a co-founder of the Movement for the Abolition of War.

Margaret MacMillan’s first Reith lecture, ‘War and Humanity’, was recorded at the BBC Radio Theatre at Old Broadcasting House, London, on 4 June and broadcast on 26 June 2018. A transcript and recording are available at: www.tinyurl.com/peacenews3192