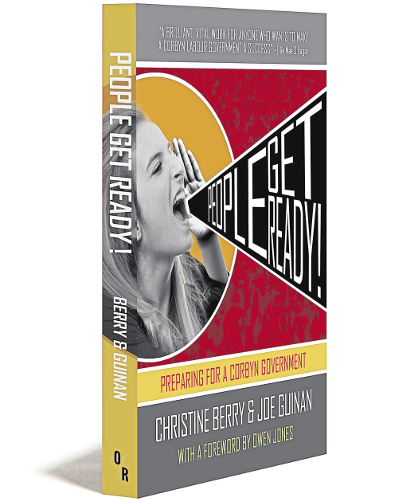 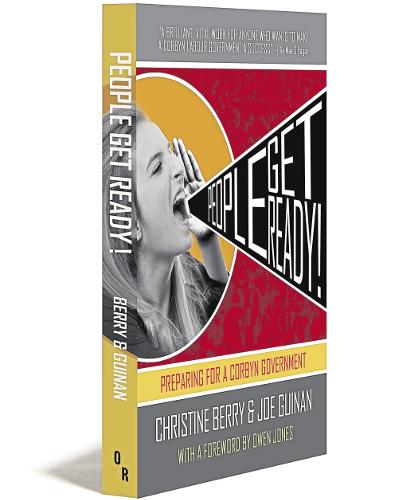 The biggest danger facing the left today is no longer a shortage of ideas or a lack of positive vision.

The biggest danger is lack of preparedness – that we are not yet ready for the hard work of turning that vision into reality. If the left has been unused to being propositional, it has been even less used to holding and wielding power.

If we are serious about fundamentally transforming our economy, we must rapidly build our understanding of the scale of the challenge ahead. We must develop a clear strategy for carrying through this agenda for change. And we must build the social forces that can give it real power, buttressing it against the inevitable backlash from vested interests.

To do this, we will need four things. First, we need a clear understanding of the nature of the transformation we are trying to achieve, a power analysis of the political forces for and against it, and the levers we have available to tip that balance.

Just as Thatcher [Conservative prime minister Margaret]’s Conservatives drew up tough-minded battle plans for privatisation – identifying the industries where they were strong and those where they were weak, anticipating where they could press home their advantage and where they would need to make compromises in the service of their longer-term vision – so we must do the same for the democratisation of ownership and creation of a new economy.

As part of this we must identify flagship measures – our own equivalents of Thatcher’s ‘Right To Buy’ policy of mass council house sales – that both carry a new story about ownership and give millions of people a stake in that new story.

Second, we must be ready for reaction from those who stand to lose from our political programme.

A radical redistribution of ownership to the many and away from the few is unlikely to pass without challenge from the current owners, whose prosperity rests on their control of assets. And history tells us that global financial markets can and often do sink radical left governments. Capital flight, investment strikes, foreign exchange crises, trade retaliation – all are possible, whether as market reactions or deliberately administered punishment beatings.

Of course, there are aspects of Labour’s agenda that are appealing to some of these interests – such as its commitment to public investment in infrastructure or a proactive industrial strategy to create new jobs and sectors.

As we shall argue below, an unstated gamble at the heart of Labour’s current approach is that this will be enough to secure tacit acceptance, or at least acquiescence, from the forces of capital. But it is essential to have contingency plans should this gamble fail.

Some form of control on the cross-border movement of capital may well be necessary if we are to put the genie of footloose finance and hot money flows back into its bottle. And ultimately, new forms of international co-operation may well be needed to protect left governments at the national level from the genie’s overwhelming global reach and power.

Thirdly, we must be ready to transform the institutions of government themselves so they are fit to deliver the project.

The civil service is specifically designed to ensure continuity between governments. At times of radical discontinuity, when the new government is committed precisely to overturning the assumptions and orthodoxies that have shaped previous governments, this can become a major problem.

“Radical governments cannot succeed without a strong mass base of support – not just for their government but, crucially, for their ideas”

An incoming Labour government will need to exorcise the ‘ghost in the machine’ in Whitehall, or it will be operating with a set of tools that is simply not designed to serve a new agenda.

This will require some bureaucratic changes, but it is not simply a matter of replacing a neoliberal technocracy with a progressive technocracy. The real prize is radical decentralisation and democratisation, breaking up the power relations of the old ways while also building the foundations for a new politics.

Finally, we must build a strong ecosystem of social movements and ‘organic intellectuals’ – Gramsci’s term for the thinkers who emerge from social movements and excluded classes and groups, and are capable of articulating their politics, culture, and concerns – both within and outside the Labour Party.

Radical governments cannot succeed without a strong mass base of support – not just for their government but, crucially, for their ideas. This support must be independent, capable not only of defending the government when its agenda comes under attack, but also of keeping it on course when the pressures of governing push it away from radical change.

The institutional base of the UK left is not yet strong enough to sustain the kind of project we have outlined.

It is therefore critical that we invest now. We must build collective popular power and agency through social movements and politically informed community organising. At the same time, we must build the practical economic alternatives from the ground up that will help form the backbone of the new economy, from public banks to worker co-operatives and community land trusts.

We must also build new narratives, including by raising our game in media and communications, and new ideas, through new think tanks and popular education programmes. And, through all these things, we must begin to build the next cohorts of progressive political, intellectual, and community leaders.

Christine Berry was, until recently, director of policy and government at the New Economics Foundation. Joe Guinan works at the Democracy Collaborative, a US think-do tank.

People Get Ready! Preparing for a Corbyn Government is published in February by OR Books (240 pages; £12 paperback/£8 ebook). If you pre-order, you get 15 percent off the cover price: books will ship in February: www.tinyurl.com/peacenews3196 and www.orbooks.com