Liz Fekete, Europe’s Fault Lines: Racism and the Rise of the Right 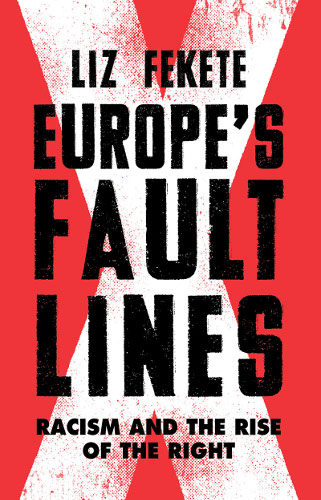 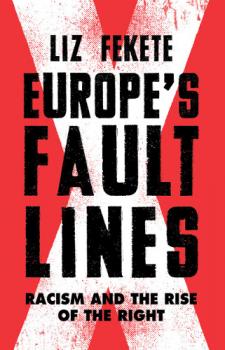 This book grapples with the puzzling, and seemingly sudden, political trend that has seen much of mainstream European politics shift firmly into the right (and arguably further).

Fekete offers a multifaceted approach to understanding the rise of far-right politicians such as Marine Le Pen in France and outcomes such as Brexit – developments which have baffled the left – as well as the racism underlying these currents.

She rigorously argues that governments across the continent are complicit in a set of culture wars born out of racialised insecurities – fears which are amplified by media outlets and serve only to bloat the white imagination with the prospect of an ‘invasion’ that will dilute and/or devalue ‘European culture’.

Fekete explores fascism in terms of the ways that the discourse of far-right groups has converged with those at the centre of politics, namely parliamentary politicians and political parties, while also joining the dots between violent acts of racism and the rhetoric of the right-wing press.

Fekete’s analysis of the right predates the financial crash. While it crucially depends upon an understanding of the impacts of both austerity and de-industrialisation, it is not limited to these. Indeed, its foundation is an acknowledgement of the overwhelming power that the state harnesses to enact violence. This violence, much of it documented in this book, assumes a multitude of forms, and often stems from the state’s premeditated neglect of the most vulnerable people in our societies.

In the face of the transformation of immigration policies into matters of ‘national security’, the criminalisation of poverty, the incarceration of the poor and the mentally ill, and the militarisation of public order policing, Europe’s Fault Lines demands an urgent response from activists, academics and sympathisers: to organise their communities in solidarity with those most affected by the rhetoric and influence of the far right.

For activists campaigning for anti-racist initiatives and the rights of refugees and asylum seekers, this book is a tool to better understand the increasingly complex systems that oppress these groups and, more generally, those deemed ‘other’.

In the book’s closing section, Fekete appeals to the reader to defend cultural pluralism and promote empathy, pointing to art as a crucial tool in these endeavours. Ultimately, her book provokes a range of emotional responses, from rage to helplessness, but closes leaving the reader equipped with an intellectual arsenal to begin resisting fascism in all its guises.

Samra Mayanja is a poet and artist, focused on the shared creation of art as a vehicle for radical social justice.