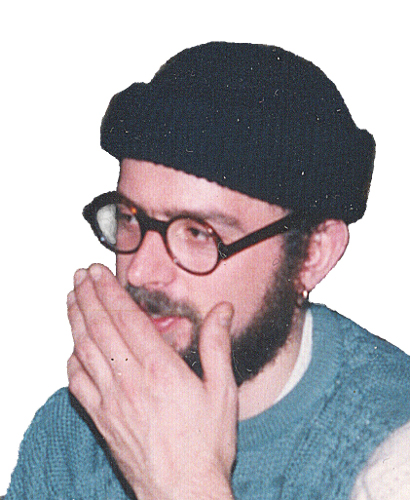 An internal manual for infiltrating activist groups, written by disgraced undercover police officer Andy Coles, has been made public by the Undercover Policing Inquiry

On 19 March, the Undercover Policing Inquiry (led until July 2017 by Christopher Pitchford) posted the previously-secret Special Demonstration Squad Tradecraft Manual on its website (see accompanying article for extracts). The Special Demonstration Squad (SDS) was a section of Special Branch, the British political police, devoted to undercover operations, which existed between 1968 and 2008. According to Guardian journalists Paul Lewis and Rob Evans: ‘Political activists were called “wearies” [in recognition of what police saw as their “wearisome” dedication to a political cause.’ (Undercover: The True Story of Britain’s Secret Police, Guardian, 2012)

The SDS Tradecraft Manual was written in February 1995 by detective sergeant Andy Coles, who had recently returned to uniformed duty after four years undercover as ‘Andy “Van” Davey’. Coles boasts in the manual that ‘after four years in the field’, only half of the activists in his circle knew his surname ‘because my first name and employment as a van driver were the only details they needed.’

The point of the 44-page manual, in Coles’ words, was to provide ‘basic guidelines on how to go about a short life of deceit’.

“Police officers should try to only have ‘fleeting, disastrous relationships’ with activists”

Several parts of the declassified manual are ‘redacted’ (blacked out), including some of the advice on how to obtain a false identity, on how to deal with being exposed or ‘compromised’, and how to withdraw from activist groups without arousing suspicion. The Coles Tradecraft Manual gives guidance on, among other things, engaging in criminal acts while undercover, the problems to be expected with different kinds of protesters, and sexual relationships.

The most explosive revelations about undercover policing in recent years have been about the infiltration of black justice campaigns, and about the devastating long-term effects of sexual relationships between undercover policemen and women activists. There are no references in the manual to black justice campaigns. However, there is a redacted part of the manual, section 7.9, which may have been about infiltrating ‘Race’ or ‘anti-racist’ campaigns (the contents page has a four-letter word blacked out, while in the main text the section heading seems to be around 10 characters long).

In section 5.6 on ‘Sexual liaisons’, Coles writes: ‘In the past emotional ties to the opposition have happened and caused all sorts of difficulties, including divorce, deception and disciplinary charges. While it is not my place to moralise, one should try to avoid the opposite sex for as long as possible.’ On the other hand, Cole suggests that, in some circumstances, undercover police may ‘have no other option but to become involved with a weary’ – to avoid suspicion. In such cases, police officers should try to have ‘fleeting, disastrous relationships’ with individuals who are ‘not important to your sources of information’.

This cautious advice does not match what is known about Coles’ own behaviour while undercover. Thanks to detailed work by the Undercover Research Group, Coles is known to have approached several women activists for sex during his time undercover – usually in a rather cold and abrupt manner. Our very own Emily Johns has written in Peace News about Coles’ approach to her in 1991 (PN 2606–2607).

We also know that other undercover police officers haven’t just had ‘fleeting’ relationships with women activists. Several have had long-term intimate relationships. Activist Helen Steel, who was deceived into a relationship of over two years by an undercover officer, John Dines, told the Guardian: ‘The whole thing just demonstrates institutional sexism. The assumption is that, as a woman, you haven’t got the right to make a fully informed decision about who you want a relationship with, or have sex with – and that basically it’s not a problem for police to use women in this way.’

‘Laura’, deceived into an intense, nearly-year-long relationship by undercover police officer Jim Boyling (‘Jim Sutton’) in 1999, told the Guardian in 2013: ‘You don’t expect the one person you trust most in the world not to exist. I don’t think the Metropolitan police consider us at all… You are a head to be trodden on on the way up the ladder of credibility.

Jessica said in September 2017, after Coles had been exposed as an undercover: ‘This has now changed from something that was very awkward and uncomfortable at the time to something that is now very sordid, dirty and manipulative. A much older man leading me into a sexual relationship as a teenager that I wasn’t ready for or confident enough to get out of. I have never said I was underage, I was 19 at the time. But I was no different from lots of people, in that I’d had quite a traumatic childhood, I’d been bullied at school, and those things had left a bit of a mark on me. I had low self-esteem and no confidence, I’d suffered panic attacks and been treated for anxiety. To someone much older, like him, and also a trained police officer I would have been an easy target for being vulnerable.’

She added: ‘He absolutely knew that I would have never consented to have sex with a police officer. As far as I’m concerned, he did it knowing it would have been against my will.’

Earlier, in May 2017, Jessica said: ‘This has been one of the most stressful times I have ever known: my life as I knew it was a lie. One of the people that I trusted most never existed. I can’t look back at those times in the same way now. I can’t trust my judgement, because I got things so wrong. I am now beginning to look at people I know differently. I can’t even feel that I’m being paranoid, because it’s justified.’

Jessica has said she is tortured by so many questions she doesn’t think she will ever know the answers to, including: ‘Did he despise all of us, people who thought of him as our friend? Is that the way he treated all of women or was that just the way he treated us? Was he lying to me when he told me he had a two-year-old daughter?’

On that last point, at least, we now know that Coles did indeed have a child in 1992. He writes in the Tradecraft Manual: ‘only one or two [activists] knew I was the father of a REDACTED from a failed relationship.’

In 2015, London’s Metropolitan Police was forced into apologising to seven women deceived into long-term relationships by undercovers. Assistant commissioner Martin Hewitt described therelationships as ‘abusive, deceitful, manipulative and wrong’, ‘a violation of the women’s human rights’, and an ‘abuse of police power’, causing ‘significant trauma’.

Hewitt added: ‘[R]elationships like these should never have happened. They were wrong and were a gross violation of personal dignity and integrity.’ 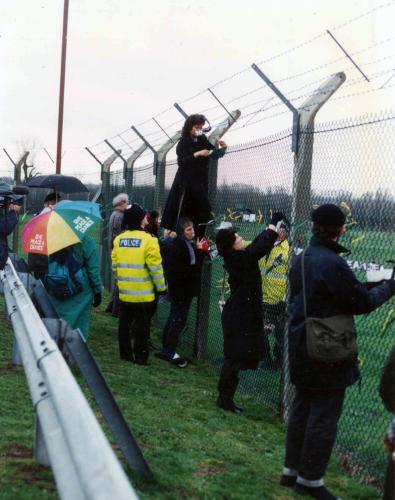 Undercovers are provided with a false name, traditionally that of ‘a deceased child or young person with a fairly anonymous name’, according to Coles: ‘the SDS officer would assume squatters’ rights over the unfortunate’s identity for the next four years’.

An internal inquiry into undercover policing, Operation Herne, found that taking dead children’s identities was required of SDS officers. One officer told the Herne team ‘he was unhappy about using a child’s details and he felt that he was stamping on their memory’. Herne found 42 stolen children’s identities.

Operation Herne suggested that the practice was phased out after 1994, but could not find evidence that it had absolutely stopped. The Herne report admits, though, that an officer with the National Public Order Intelligence Unit (NPOIU) operated undercover between 1999 and 2003 using the identity of a baby who died in 1973, two days after being born: ‘Rod Richardson’.

It took almost four years for the police to apologise to Barbara Shaw, mother of the real Rod Richardson, for stealing her son’s identity. Her lawyer, Jules Carey of Bindmans, said: ‘The gathering and use of dead children’s identities by police officers for cover names was macabre and a gross intrusion into the private lives of families.’

The NPOIU, set up in 1999 to monitor ‘domestic extremists’, is in many ways the successor to the SDS. Operation Herne concluded: ‘It would be a mistake to assume that the use of identities of dead children was solely within the SDS and the NPOIU, and the possibility is that the tactic was more widely used.

Thanks to Andrea Needham for bringing this document to our attention. The SDS Tradecraft Manual is available from the Undercover Policing Inquiry:
www.tinyurl.com/peacenews3015. More info: www.undercoverresearch.net