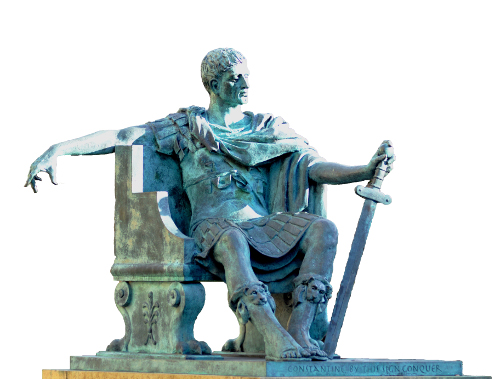 In February 2003, 15 years ago, millions of people marched in the UK and across the world opposing US president George Bush and British prime minister Tony Blair over their planned invasion of Iraq. Any pride at the strength and vitality of that anti-war mobilisation is overshadowed by the obvious truth that we failed to stop the war – with horrendous consequences. The invasion unleashed a terrible civil war and ethnic-cleansing in Iraq, culminating in the tyranny of Islamic State’s short-lived but ruthless caliphate. Closer to home, the war helped jihadist groups find willing recruits to take their murderous struggle to the streets of European cities. We clearly need a stronger peace movement to prevent this happening again.

One hopeful sign in this direction is that, since 2003, nonviolence has become more widespread in UK and US Christian churches. It is moving from traditional ‘peace churches’ like those of the Mennonites and the Quakers into mainstream and even evangelical congregations.

The idea that the Christian church might be a vehicle for nonviolence might reasonably be greeted with some scepticism. For ‘New Atheist’ thinkers like Sam Harris, violence is one of the ‘terrible consequences’ that arises ‘logically and inevitably’ out of Christian faith. This critique is made compellingly by those within the church, too. As Allan Boe­sak, the black South African theologian of nonviolence and anti-apartheid leader, asked: ‘Who could have imagined that the church, which bears the name of him who said, “Love your enemies”, and “Put up your sword”, would devise a “theology of just war”, bless battleships, [and] pray over bombs?’

Certainly the church has difficult histories of complicity in violence and oppression to grapple with. But there are three good reasons why the church shouldn’t be written off as a force for nonviolence.

Nonviolence and the church

First, Christianity began as a nonviolent alternative to war and violence. First-century Palestine was suffering under the terrors of Roman imperial occupation. Yet the New Testament presents Jesus as an advocate of enemy love who rejected just war against the hated Roman oppressors. In Christian theology, Jesus saved the world by dying and rising again – not through righteous violence. This established the church as an alternative, international community of peacemakers that united former enemies and overcame ethnic and religious divisions. As the late British peace activist Brian Haw put it on a placard he held up outside Britain’s parliament buildings in London: ‘I think when Jesus said love your enemies he didn’t mean kill them.’

Second, a core Christian principle is that we should fear God rather than rulers. This doesn’t mean a cringing subservience, but rather that we should always subject the laws of the powerful to a higher moral scrutiny – and choose to disobey them if necessary. The biblical book of Exodus records one of history’s first known examples of nonviolence. In a xenophobic reaction against the growing presence of enslaved Hebrew immigrants in Egypt, the pharaoh ordered Hebrew midwives, named as Shiphrah and Puah, to kill all newborn Jewish baby boys. The bible records approvingly that they simply refused to do this – because they ‘feared God’. This story has acted as an inspiration for Christian nonviolence down the ages.

Third, the church is well-placed to be a movement for nonviolence because of its institutional strength.

As any advocate of nonviolence will know, the ultimate supposed ‘killer question’ put to us by those who defend war as a regrettable necessity is ‘what about Hitler?’ But the Second World War shows some startling examples of successful non-military resistance to Adolf Hitler’s Nazi regime.

One of the most remarkable is that of two German pastors, Paul Braume and Friedrich von Bodelschwingh, leading figures in the care work of the Protestant Home Mission. Through painstaking research on deaths in medical institutions, they realised that the state was conducting a systematic, clandestine euthanasia programme against people with chronic illnesses. They used the German legal system to break through an apparently im­pregnable cordon of silence by confronting ministry after ministry with horrific details of the euthanasia programme. Braume was arrested, but the intervention of well-known bishops secured his release. Catholic bishop August Graf von Galen delivered a series of stinging sermons against the programme and in response Catholic nurses began to seriously obstruct its bureaucratic processes.

“The illegal, immoral and disastrous Iraq war has caused many churches to question their traditional support of just war”

This nonviolent resistance led to the Nazis abandoning their policy, afraid to openly confront the churches. Nazism, like every other regime in history, depended on the consent of the governed and the risk of that being withdrawn was too great. That is the essential genius of nonviolence, and the key to its enduring significance – and where the church can play a crucial role.

The church has been in numerical decline for some time in the West. Perhaps ironically, this makes it more useful as a force for nonviolence, not less. The nonviolent origins of the faith were obscured when fourth-century Rome co-opted the church in support of state power – ‘Christendom.’ The welcome decoupling of the church from the trappings of power and privilege is enabling it to recover that radical, nonviolent heritage.

There is no better reminder of this than reverend Martin Luther King Jr. In 1957, he set out a vision of nonviolence which was to guide the civil rights struggle. This was based, he said, ‘on the conviction that the universe is on the side of justice.’ The nonviolent resister can accept suffering without retaliation because ‘he knows that in his struggle for justice he has cosmic companionship.’ In contrast, the way of ‘physical violence’ is ultimately futile because it only ‘creates new and more complicated’ problems. Recalling the words of Jesus when his disciple Peter tried to use force to resist arrest, King concluded: ‘Through the vistas of time a voice still cries to every potential Peter, “Put away your sword!” The shores of history are white with the bleached bones of nations and communities that failed to follow this command.’

The illegal, immoral and disastrous Iraq war has caused many churches to question their traditional support of just war. In an age desperately in need of nonviolent alternatives, the re-emergence of the church as force for nonviolence should be welcomed by the peace movement.

Nick Megoran is a reader in political geography at Newcastle University, and co-chair of the Martin Luther King Peace Committee. He is the author of Warlike Christians in an Age of Violence (2017, Wipf & Stock). All examples in this article are taken from that book.