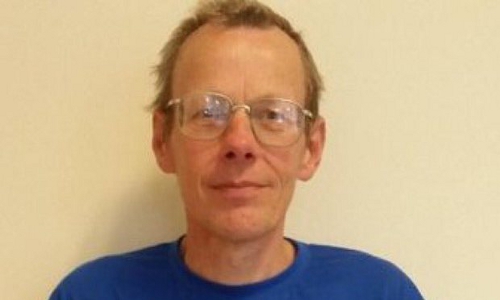 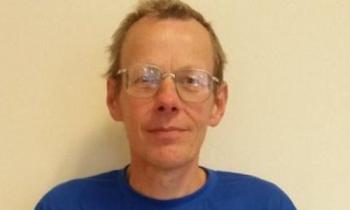 Reverend John Ainslie, who died in October aged 62, was known to nearly everyone involved in nuclear disarmament campaigning in Scotland. He was co-ordinator of Scottish CND from 1991, a post he made uniquely his own.

John was the sixth child of reverend Duncan Ainslie and his wife Emily (née Peters). Born in Fraserburgh in Aberdeenshire he attended school in Fife before enlisting in the Black Watch in 1971; training as an officer included a degree in international relations at Keele University before he served in Ireland, possibly in military intelligence. But the army was not for him and he argued his case as a conscientious objector, facing a military tribunal and paying back university fees. A divinity degree and ordination in the Church of Scotland came next.

He was a community minister in Easterhouse before his appointment at SCND. John was meticulous in work he undertook to provide SCND and the wider nuclear disarmament movement with reports and surveys that provided materials for informed campaigning. He became skilled in his use of Freedom of Information requests and his reports were sought after by the Scottish government as well as NGOs with consultative status at the United Nations.

He was a quiet and reserved individual, not without passion and humour, and with his canoe he did his share of bold direct action led by his convictions. Long after he had dropped the use of the title ‘rev’, I asked him when he had given up ‘the ministry’, meaning the job in Easterhouse. He didn’t hesitate to inform me that he had been ordained therefore he was a minister.

John’s keen intelligence never got in the way of a modest approach to more mundane aspects of campaigning, and another memory I cherish is of calling to his house one evening to find him in the kitchen, ironing miniature CND badges onto T-shirts for teddies.

He compiled at least 20 detailed reports, starting with ‘Cracking Under Pressure’ on nuclear reactor defects, up to his unfinished work on the accidents that might befall a nuclear weapons convoy.

John and his wife Alison were devastated by the loss of their only son Duncan as a young adult, which they dealt with stoically. She will be in the hearts of those who mourn his loss.