The year Peace News was the news﻿ 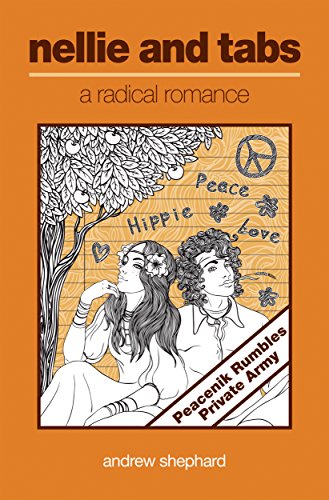 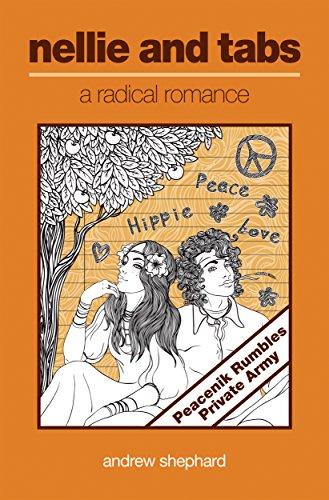 Late in January 1975, soon after my arrival at Peace News in Elm Avenue, Nottingham, where the magazine was then produced, the more established members of the editorial collective travelled down to London’s Savoy Hotel to collect the ‘What the Papers Say’ Scoop of the Year award. The scoop in question was the exposure of a secret organisation, GB 75, being built by the retired colonel David Stirling, best known as the founder of the SAS.

The purpose of GB 75, a kind of private army, was to be ready to step in and run power stations and other key areas of industrial production in the event that governments (left and right) failed to prevent escalating trade union strikes and disruption. According to the Guardian, the Peace News reporters used the gong presentation to demand withdrawal of British troops from Northern Ireland. ‘We are probably not like other journalists here. We attempt to live what we write.’ Their outburst was greeted with cheers, boos, and cries of ‘shame’. I wish I had been there.

There was controversy at the time as to how Peace News came to be in possession of the colonel’s top secret memoranda. The colonel claimed it was the left-wing secretary of one of his supporters. I was told the documents arrived via a window cleaner, though I suspected that was just the official line. Perhaps someone reading this knows the true story and could let me know. But I have used the mystery around the leaked memoranda, along with the British Withdrawal from Northern Ireland Campaign (BWNIC) activism and trial as a peg on which to hang a novel, tinkering with the timeline in order to create added peril and drama for the two fictional innocents (Nellie and Tabs) at the centre of the tale.

I have used fiction because I wanted to capture the spirit of the time, a very different world where communication and transport were both less reliable, feminism was new and confusing to many men, material expectations were much lower, and the future seemed balanced between a post-industrial, mutual aid nirvana and nuclear armageddon.

“There was controversy at the time as to how PN came to be in possession of the colonel’s top secret memoranda.”

It is usually a good idea to carry out research before writing a book, but in writing Nellie and Tabs I confined my investigations to looking through old letters and magazines from the mid-1970s and the occasional internet search to check a now-defunct brand name. I relied mostly on my memories of living in a commune in the north of England and 18 months as a member of the editorial collective of Peace News from 1975–1976.

Since completing the novel, I have enjoyed revisiting Albert Beale’s Against All War – 50 years of Peace News 1936 – 1986 and the national newspaper archives from that time. I was surprised to discover how much Peace News was itself the subject of the news, and front page news at that, throughout the latter part of 1974 and all of 1975 thanks to those two major stories: the rumbling of Stirling’s GB 75 private army; and the activism and Old Bailey trial associated with BWNIC.

In my novel, I make Tabs one of the BWNIC 14 arrested for conspiracy under the Incitement to Disaffection Act. I make her spend some time in Holloway before being released on bail, and she is found ‘not guilty’ towards the end of 1975, along with the other defendants. What a fantastic year that was for the peace movement, with the authorities made to look foolish and the campaign, along with many associated causes, being given a massive amount of publicity as students and activists around the country openly distributed the offending ‘Some Information for Discontented Soldiers’ leaflet, inviting arrest in many cases.

The feeling of jeopardy for nonviolent activists at the time was very real. A member of the editorial collective (John Hyatt) and several people closely associated with Peace News were on trial for eleven weeks at the Old Bailey, and faced the prospect of long prison sentences if found guilty. The conspiracy charge was sinister, as was the behaviour of the police and security services in what felt like blatant harassment.

“What a fantastic year that was for the peace movement, with the authorities made to look foolish and the BWNIC campaign given a massive amount of publicity.”

There was no doubt that M15 were opening the Peace News post and listening in on the telephones. From my perspective the climax came when a skeleton editorial crew, myself included, reproduced the offending leaflet in a special issue of the magazine to coincide with the announcement of the verdicts. The feeling of relief when the jury saw sense was strong.

My characters Nellie and Tabs come to work on a fictional magazine, Peace Times. But they produce the magazine as it was done in the Elm Avenue days. I hope that people reading my radical romance will find interest in the old technology of magazine production with the Varityper, a light box, Letraset, and bottles of correction fluid; and enjoy revisiting a time when nonviolent peaceniks were considered to pose a conspiratorial threat to national security.