At the London Transport Museum 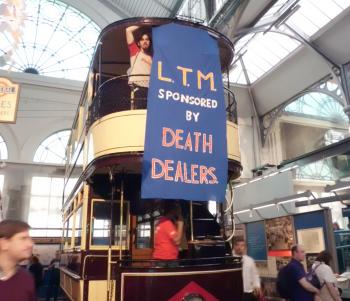 On 16 May, London CAAT carried out a banner drop inside the London Transport Museum to protest at their decision to take sponsorship money from Thales, the 11th-largest arms company in the world. Thales has used the museum’s rooms to meet with the government’s arms export-promoting body (the UK trade & investment defence & security organisation). Follow ‘London Campaign Against Arms Trade’ on Facebook or on Twitter (@londoncaat) to get involved. Next monthly demo at 2pm on 21 June.