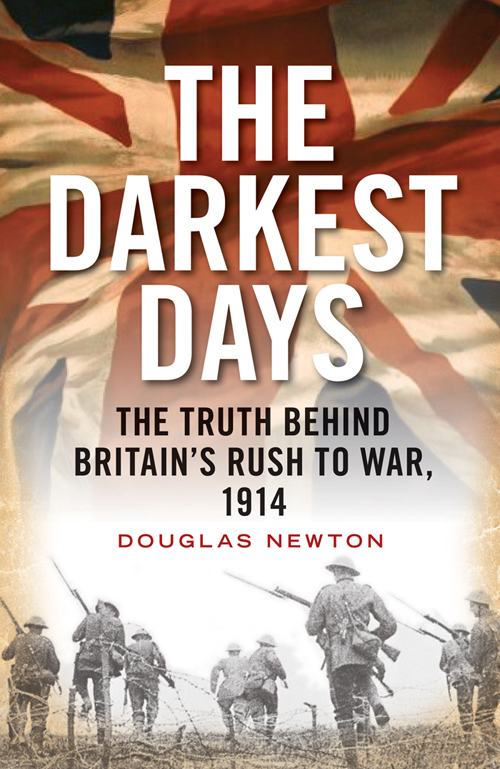 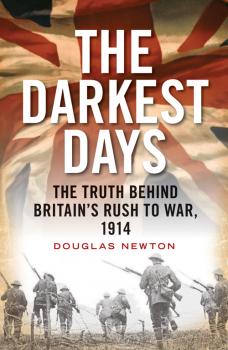 A hundred years later, British historians of the ‘dire necessity’ school still assert that Britain’s Great War should be remembered simply as a harsh reality that had to be faced. They insist that nothing other than a righteous war against German militarism was conceivable in 1914. They plead for the old sugary verities to be reasserted – that Britain was in the right, that Germany was in the wrong, that the cause was just, and that it was a stand-tall moment – imagining this is loyalty to the dead. Conscious of the magnitude of the disaster, can such simplicities console us?

Let us begin with a swift retelling of the feel-good story of Britain’s decision for war as told by believers in ‘dire necessity’.

“The British certainly planned for the aggrandisement of empire and the commercial ruin of Germany.”

According to this tale, Britain did her very best to avoid war. All her leaders wanted diplomatic mediation to resolve the crisis. But Germany would not have it. Luckily Britain had long prepared against the possibility of German aggression and so she clung to her ententes [diplomatic ‘understandings’ – eds] with France and Russia. Only when Germany invaded Belgium on Tuesday 4 August did Britain finally decide upon intervention. Britain went to war for high moral purposes – essentially to protect Belgium.

The process of choosing war shows how a robust parliamentary democracy made the difficult decision to face down German militarism. Happily, the British people were practically unanimous in support of the politicians’ decision for war. So, they saw it through. We should all be proud.

What really happened? The Liberal government was deeply divided over how to handle the crisis of 1914. There were significant forces at work on the right of British politics eager for war with Germany – for they believed it was a favourable moment. Sections of the Conservative press whirled their bull-roarers for intervention from an early date. The Liberal cabinet’s response to the crisis was cautious. [British foreign secretary Edward] Grey hoped that a policy of ‘apparent indecision’ would be sufficient to deter both sides from rash action. He attempted mediation. But in the last analysis, Britain failed to mediate effectively as a genuinely neutral power. Under pressure to show solidarity with the entente, Britain did very little to restrain either France or Russia. Instead, the ‘pro-entente’ interventionists in the cabinet leapt forward to make early preparations for war that boosted the confidence of the hard-liners in Russia and France willing to risk war.

When war in Eastern Europe was declared late on Saturday 1 August, Britain’s leaders ceased efforts to keep Britain out of a wider war. The minority of cabinet interventionists eventually ‘jockeyed’ the neutralist majority into a rushed choice for war on Sunday 2 August, in the shape of a pledge of naval assistance to France. The pledge locked Britain into any war before news of the German ultimatum to Belgium [to allow Germany passage through Belgium en route to France – eds].

Throughout the crisis, the cabinet’s ‘pro-entente’ leaders were manipulative and deceptive. They made crucial decisions outside the cabinet, which steered the neutralist majority toward war. There was no democratic decision for war.

It is time Britain’s choice for war in 1914 lost the sheen given it by many historians who fraudulently claim that they know there was no other conceivable outcome – and no better outcome. They know no such thing.

Against the fatalistic view of an irresistible war against German aggression, let us simply take account of three famous ‘bumps’ along the way to war.

First, on the evening of Wednesday 29 July a single telegram from [German emperor] William II to [Russian emperor] tsar Nicholas caused him to rebel against his military advisers and seek a delay in general mobilisation.

Second, early in the morning of Thursday 30 July, [French prime minister René] Viviani and [French president Raymond] Poincaré sent a telegram to St Petersburg that leant toward caution. It urged Russia to avoid ‘any measure which might offer Germany a pretext for a total or partial mobilisation of her forces’. But, sadly, it also included the usual assurances that ‘France is resolved to fulfil all the obligations of the alliance’. The Russian leaders briefly paused in their preparation. Then they chose to trust the assurances – and decided upon general mobilisation that afternoon.

Third, on the evening of Saturday 1 August, when [German ambassador to London Karl Max] Lichnowsky’s famous cables [concerning Grey’s feelers about the possibilities of confining the war to the east – eds] arrived in Berlin briefly reviving hope of British neutrality, the kaiser also challenged his military advisers. He cancelled orders for the occupation of Luxembourg, and sought to limit the scope of the impending war.

Was war really inevitable? Perhaps war was entirely avoidable. The facts jostle. What slowing of the ‘march of events’ might have been achieved by other interventions? None can say.

Certainly Britain’s leaders might have done a great many things differently during the crisis if they had steadfastly pursued a neutral diplomacy.

They might have refused Churchill’s demands for early naval movements. They might have put the Russian and French ambassadors in London under real pressure on the matter of Russia’s early mobilisation. They might have delayed sending their own ‘Warning Telegram’ to the empire. The leadership clique might have presented each crucial diplomatic and military step to the cabinet beforehand – rather than pre-empting its decisions. Would all of this only have served to incite Germany, or might it have slowed the rush down the slope to catastrophe? We cannot tell. But often in history, the unforeseen – and even the unimagined – can intervene and carry the day.

The fatalistic insistence that Britain’s war was unavoidable is often rooted in a belief that the Germans’ drive toward aggression was inexorable, and therefore any moderation on Britain’s part would have only encouraged war. Believers point to what did happen in 1914: German aggression in Belgium and France, followed by top level planning for annexation in east and west – [German chancellor Theobald von] Bethmann-Hollweg’s ‘September Memorandum’ most memorably. But this is a dangerous argument. The Germans could also point to what did happen in 1914: the Russians did invade East Prussia, the British did seize German colonies, and the British did strangle Germany’s seaborne commerce and starve the nation. The German right pointed to all this as evidence of the entente’s hunger for aggression. No one can afford to confuse the results of war with causes.

The British certainly planned for the aggrandisement of empire and the commercial ruin of Germany. [British colonial secretary, Lewis] Harcourt himself drew up in March 1915 a secret memorandum for the Cabinet, ‘The Spoils’, outlining sweeping plans for the newly inflated British empire in Africa, Asia, the Middle East and the Pacific. Many more plans followed. Any objective study of the war aims of all the great powers during the Great War reveals that all sides had shopping lists. Great evils certainly flowed from ‘Prussian militarism’ – and they could be diabolical. But German militarism was never a singular evil in militarised Europe before or during the Great War.

The insistence upon German perfidy as a complete explanation for the cataclysm of 1914 has always served a reactionary purpose. It was indispensable in obscuring the great realities exposed by the resort to war.

The ‘New Imperialism’, the great cheap labour scam run to enrich fragments of the economy at the expense of the rest, had landed everyone in a bloodbath. The ‘old diplomacy’ – under which men from a half-dozen public schools presumed to manage competitive imperialism against a combustible backdrop of vast armaments and rival alliances – had failed to safeguard peace. The scramble for dreadnoughts had failed to deter war. None of this could be admitted, so German evil was depicted as a new immoral element that had upset the good old system.

The choice for war in 1914 was a choice for mechanised slaughter at stupendous cost – in the words of one soldier-novelist, a ‘crowning imbecility’, a ‘cosmic murder’, a war of ‘lunatic waste’. Its prolongation incubated the future horrors of fascism and communism.

How should Britain’s Great War be remembered after a century? In a ‘national spirit’? Perhaps the idea that for Britain there was no alternative to war, no error in her handling of the crisis, and no deed left undone in pursuit of peace, is an essential consolation. But it is fairy dust.

There is really only one story worth telling about the Great War: it was a common European tragedy – a filthy, disgusting and hideous episode of industrialised killing. Not the first, and not the last. It was unredeemed by victory.

The uplifting element of the story lies in the struggle to avert it.

Douglas Newton will be speaking at Peace News Summer Camp on this topic. This is an extract from his book The Darkest Days: The Truth Behind Britain’s Rush to War, 1914 (Verso, July 2014; 416pp; £25).