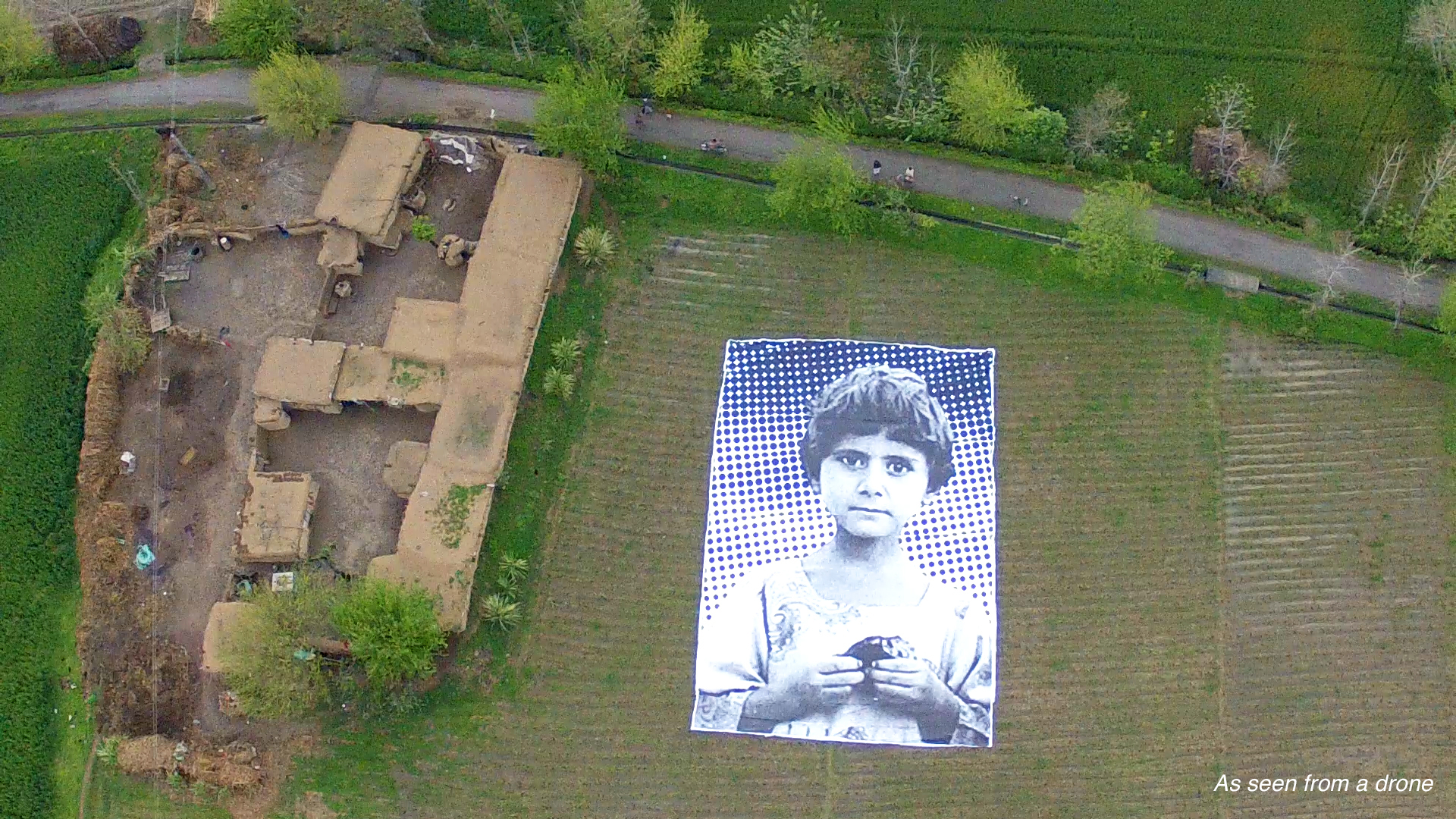 A 90-by-60-foot poster of a Pakistani child who has lost both her parents and two young siblings in a US drone attack, displayed in a field in the Khyber Pukhtoonkhwa region of Pakistan. Photo: #NotABugSplat 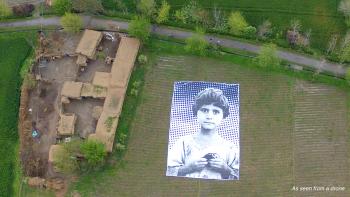 A 90-by-60-foot poster of a Pakistani child who has lost both her parents and two young siblings in a US drone attack, displayed in a field in the Khyber Pukhtoonkhwa region of Pakistan, where a drone strike in November 2013 killed five people and led to  a road blockade by thousands of people. This image was created by a collective of artists in Pakistan and the US, who gave it the title #NotABugSplat. US Predator drone operators often refer to kills as ‘bug splats’, as viewing the body through a grainy video image gives the sense of an insect being crushed. This is part of the artist JR’s ‘Inside Out’ global participatory art project. PHOTO: WWW.NOTABUGSPLAT.COM

On 4 May, three members of the US National Campaign for Nonviolent Resistance (NCNR) were arrested at the headquarters of the US national security agency (NSA) at Fort Meade in Maryland. This was part of a wave of action against military drones throughout the US during April and May, involving at least 43 arrests and one imprisonment.

On 11 April, seven women were arrested at US air force base (AFB) Creech, in a Code Pink protest against the use of military drones. Pilots from Creech direct drone strikes in Pakistan, Afghanistan and elsewhere.

On 18 April, nine people were arrested at Lockheed Martin in the Pennsylvania town of King of Prussia, for a Good Friday peace observance and protest ‘particularly of the U.S.’s #1 war profiteer’s ever growing role in drone war technology and spying’.

On 19 April, 11 activists, including four clergy, were arrested for trespassing on Beale air force base in California, which is home to the Global Hawk unarmed reconnaissance drone that pinpoints targets for armed Predator and Reaper drones.

On 27 April, 300 people demonstrated in front of Hancock Field air force base in New York state, after hearing African-American author Cornel West speak about the connections between racism, poverty and drone warfare. Pilots at Hancock Field direct Reapers in Afghanistan and elsewhere.

On 28 April, 25 activists protested at the AGM of Boeing in Chicago, Illinois, opposing the aviation giant’s plans to build the next US combat drone.

On 29 April, 13 anti-drones protesters were arrested at AFB Beale, including six military veterans.

On 4 May, Code Pink held a fake wedding outside the White House in Washington, DC, interrupted by a ‘drone attack’, re-enacting a strike in Yemen in December.

On 7 May, Joyce Ellwanger, 77, was sent to Juneau county jail for five days for refusing to pay a $232 fine for trespassing on the Volk Field military base in Wisconsin a year earlier. (She was found not guilty of disorderly conduct at the same trial.)

At the 4 May Fort Meade protest, the NCNR sought a meeting with the director of NSA, vice admiral Michael Rogers, following up a letter they’d sent calling for the NSA to end its participation in the US’s drone assassination programme.

Each of the 20 protesters read out the names of five children killed in US drone strikes. They then simulated a drone attack and held a 20-minute die-in while a Catholic woman priest ministered to the ‘victims’.

Afterwards, participants attempted to march to the base’s guard station, singing ‘Peace, Shalom’ but were blocked by police.

Three marchers were arrested and later charged with failure to comply with a lawful order, entering protected property and disorderly conduct.

A 90-by-60-foot poster of a Pakistani child who has lost both her parents and two young siblings in a US drone attack, displayed in a field in the Khyber Pukhtoonkhwa region of Pakistan. Photo: #NotABugSplat