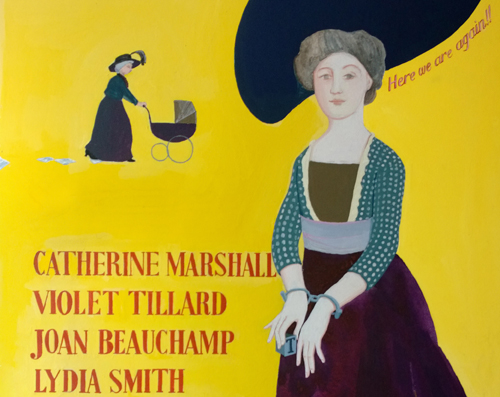 No 2 in Peace News’ ‘The World is my Country’ poster project. 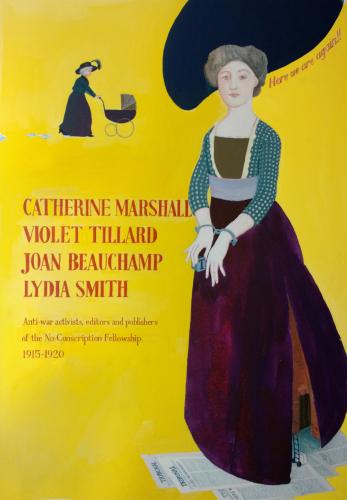 By 1918, Britain’s No-Conscription Fellowship was led by women, as the male leadership was in prison. Catherine Marshall was a key organiser of the NCF. Joan Beauchamp was the official publisher of the NCF’s newspaper, The Tribunal, and Lydia Smith her secret co-editor, using a woman with a pram as a courier to transport proof sheets. The Tribunal had to be printed secretly, by hand, after its first two printers were shut down and their machinery dismantled or damaged. Violet Tillard was imprisoned for 61 days for refusing to disclose the printers; Joan Beauchamp (pronounced ‘Beecham’) was imprisoned twice.