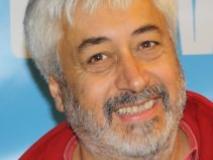 On 17 May, 100 friends and colleagues of the British pacifist author and activist Howard Clark gathered at a ceremony organised by Peace News Trustees in Conway Hall, London. 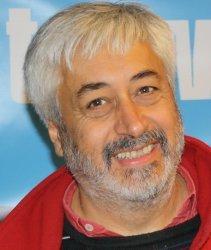 At the close of the event, Howard’s daughter Violeta said that when she was asked at school what work her father did, she hadn’t known what to say – he seemed to do some teaching, some writing, some peace work: ‘I thank you because now I know.’

During the preceding two hours, we heard from friends and collaborators, including April Carter, Diana Francis, Bob Overy and Michael Randle, who testified to Howard’s intellectual capabilities, dedication, and talent as an editor.

Howard’s sister, Helen, told childhood tales, and presented extracts from his letters from school (which will be published online). One recorded that he had sold his entire bundle of PNs. Howard added: ‘I am continually being accused of being a Communist, simply because I sell Peace News and call all non-buyers “fascist scum”.’

The event was interspersed with music, including singing led by Penny Stone and Chris Booth from Scotland, and fiddle-playing by Jim Huggon. It finished (as did the commemoration in Madrid in February) with everyone singing the Monty Python song, ‘Always look on the bright side of life’, accompanied by Howard’s son, Ismael, on keyboards.

Howard’s partner, Yolanda Juarros Barcenilla, thanked everyone for coming: ‘If we keep hearing about him, he’s alive’.

Ismael told a story about a (free) English class the family had given in the local community centre, where they had watched a video in which it was said that ‘children’s minds are so fragile’.

Howard had strongly disagreed with this notion.

Now, said Ismael, ‘we’ll have to try to prove him true’.

There will be a ‘Making Nonviolent Revolution’ workshop and a ‘Remembering Howard’ hour at Peace News Summer Camp.