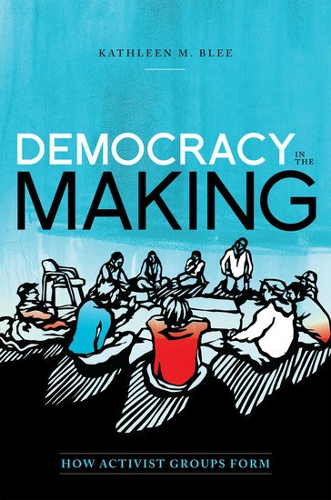 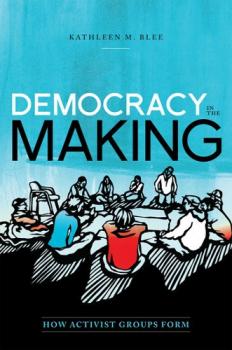 Do you give a damn about the future of democracy? Read this book.

Do you want tools to help our species to respond to climate change with the speed and breadth it needs? Read this book (although it barely mentions climate change at all).

Do you need to restore your faith in the ability of academics to have important ideas and insights and express them in real English? Read this book.

Kathleen Blee, an American sociologist, spent four years attending the meetings of new groups that sprang up in Pittsburgh between 2003 and 2007 around issues like the Iraq war, drug abuse and animal rights. She systematically charted the progress made, the techniques used. She conducted 60 lengthy interviews, focus groups and conversations with activists and former activists, and people on the fringes.

It could have gone horribly long in the way so many social movement ‘analysis’ efforts by academics do – endless jargon, theory for-its-own-sake and chest-beating, all covering up a lack of anything useful to say. It didn’t.

Instead, readers will be treated to a series of stunning anecdotes and insights, backed up by intriguing but non-intrusive theory around whether people are actively recruited (the rhetoric and the reality differ), what fails to happen (plans never enacted, ‘silences that mark the boundaries of what can be considered’), group dynamics and what kind of leadership makes a difference.

My personal favourite is where the (unofficial but unchallenged) leader of a group is the only person to turn up to the meeting (besides Dr Blee). The leader then runs through the planned agenda, debating aloud with herself and making a series of decisions which are later regarded as legitimate at the next meeting.

Throughout this short but vital book, Blee shows an attention to fine detail – about who speaks, whose ideas are ‘approved’, how groups deal (or don’t deal) with failure, success and the messy reality in between – that will prove extremely useful to anyone who thinks our future is too important to be left to bureaucrats, charities or social movement organisations mired in the smugosphere.