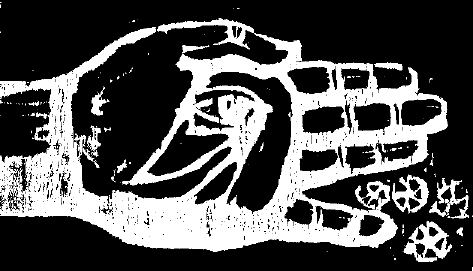 I do think swimming in the sea is remarkable. It’s the only time you’re inside an organism, but I don’t think that’s political. It may be spiritual.

Well, actually, when you say ‘activism and swimming’, the first thing that comes into my head is Jeju [island in South Korea, where villagers are resisting the building of a massive naval base] when I jumped into the water when I first arrived. When I saw the police were stopping the SOS kayaks, I tore off my outer clothes and put on a life jacket and jumped in the water.

Something else that comes to mind is, just before Trident Ploughshares, some of us borrowed a police boat, we found it inside Coulport [the high-security base for nuclear warheads in Scotland] and drove it to the high explosives area [of the base], and then we drove it round to Faslane [the home of Britain’s Trident nuclear missile submarines], and they noticed the boat was full of women, not police.

Then we were chased, and we got to the boom [a long chain of buoys protecting the Trident submarines] and two women jumped out and swam out across to a sub.

It was great. That was the most fun action I’ve ever done.

We were charged with theft of a police boat, and in court we just said: ‘Rubbish, theft means intending to permanently deprive someone of their property, and we were just borrowing the police boat to do its proper job of tackling a major international crime, Trident.

‘And we wouldn’t have gone from one high-security area to another if we were trying to steal the boat.’

And we got off.

It took quite a long time to work out how to start the boat.

After that, they stopped leaving the keys in....