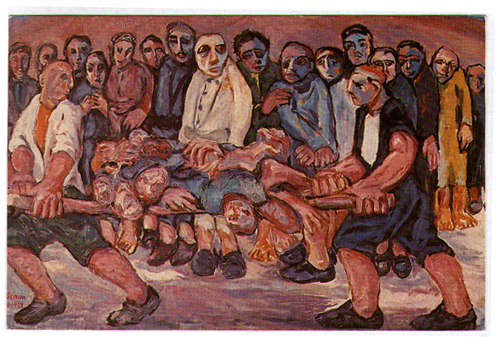 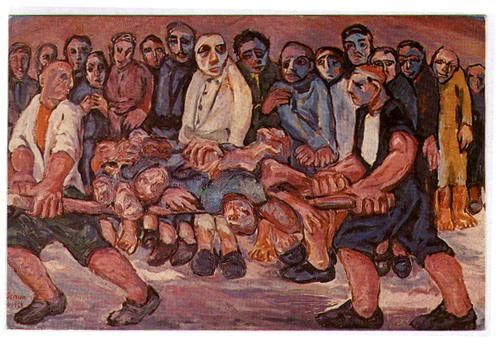 There were many chemical attacks on Kurdish villages in northern Iraq by Saddam Hussein’s army in 1987 and 1988. Osman himself was a witness and victim of the chemical attack and once went blind for a few days, hiding in a cave.

This image was made in 1988 after the attacks and shortly after he had fled to Saqqiz, in Kurdistan, Iran. ‘Since witnessing the genocide in 1988, every drawing has been a renewal of my pledge; every tableau is a meeting place where memories and flashbacks spring up to life out of chaos – it has been a rendezvous with life and death where the victims’ powerless presence signifies their absence and their silence, the suffocated voice of a stateless nation mutilated and forced into unmarked mass graves or forced into exile: masses of the massacred, tortured and terrorised men, women and children whose culture and natural rights to their homeland and to a dignified life had been denied.’ 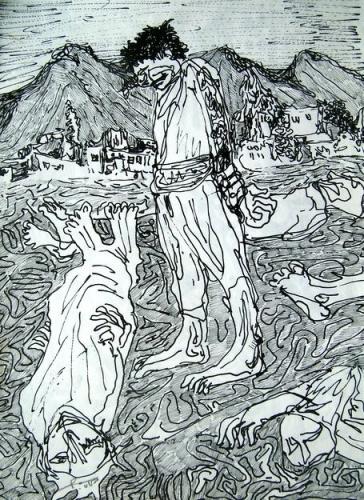