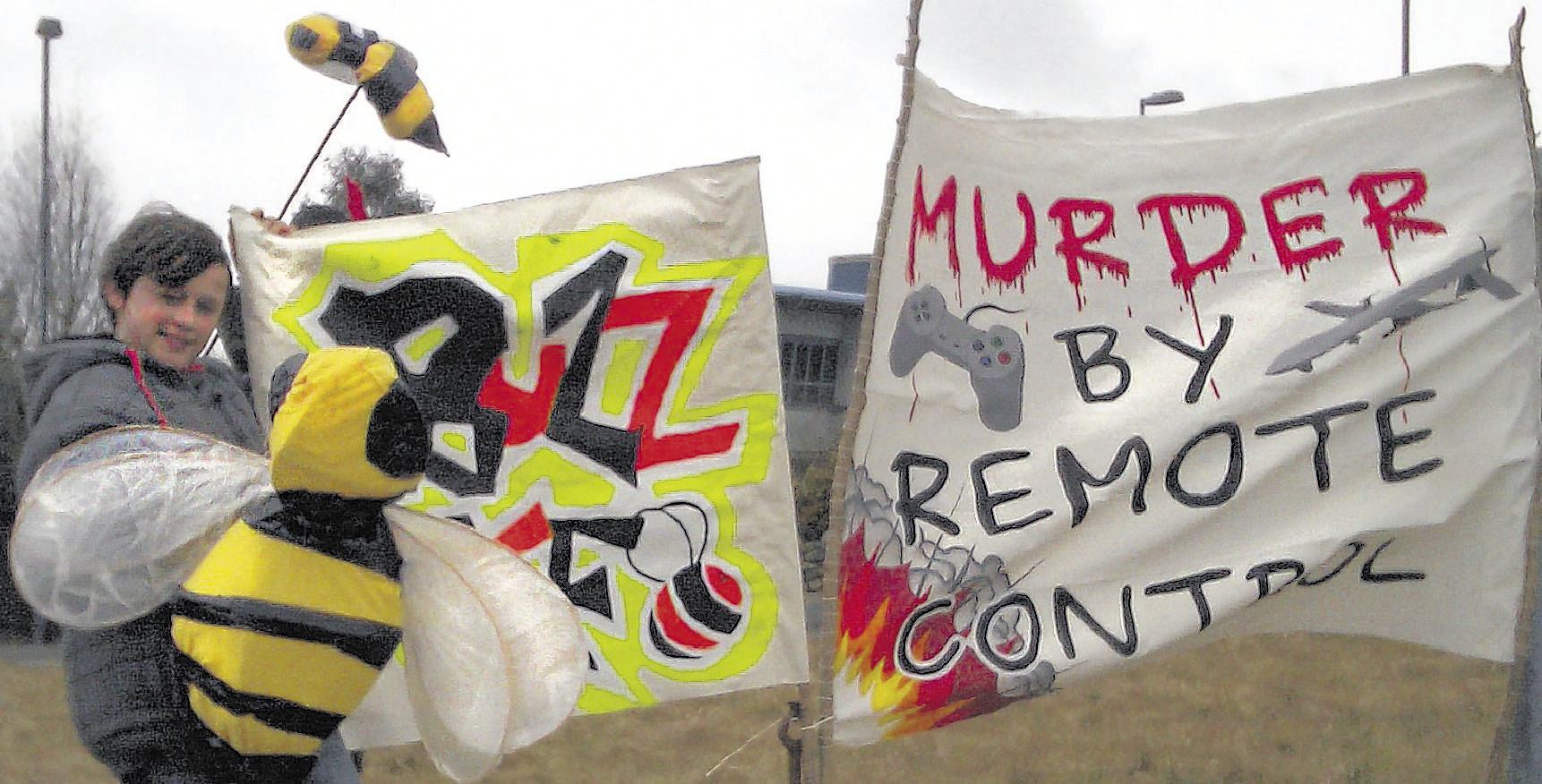 On 13 April, protesters gathered outside the ministry of defence drone testing site near Aberporth. 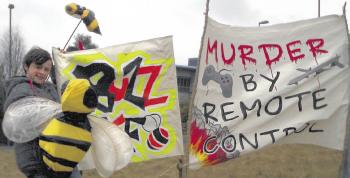 Initiated by Anonymous activists, who pulled out at the last minute because they forgot to ask their mums if they could have a party, the protest went ahead with local people, singers, Rebel Clowns and other busy bees, who buzzed in solidarity with drones trying to clear their name.

Said one local drone: ‘It’s tough enough that there are so few of us these days, with pesticides and whatnot, but tarnishing our reputation with war crimes is criminal! And we’re here to put a stop to it.’

A similar message was delivered simultaneously by ‘Scrap Trident’ protesters in Glasgow, followed by a Faslane blockade on 15 April, where Wales’ voices were heard loud and clear, including the hard-hitting harmonies of Cardiff’s Côr Cochion – who had to recruit new singers as several choir members were hauled away among 47 arrests. Choir leader Wendy Lewis described it as ‘a large singing contingent and a successful blockade’.

Sensing a new and broader coalition of protest, Jill Gough from CND Cymru noted there was now ‘an amazing chance to tip the balance and get rid of Trident’.