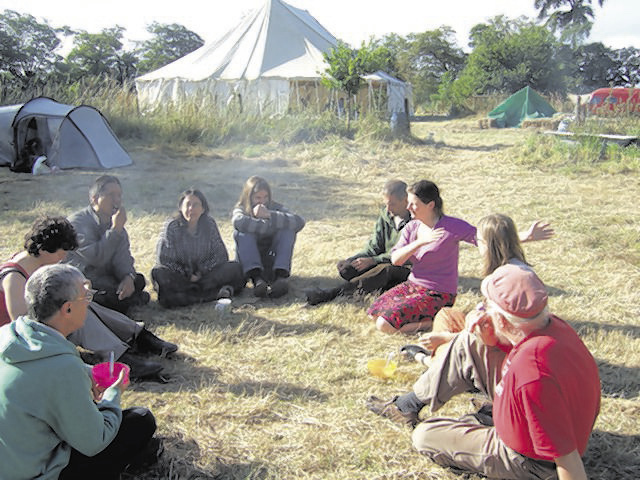 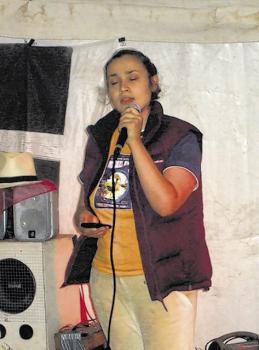 This year’s Peace News Summer Camp (25-29 July) is something unusual in British peace movement terms; it’s a major event that has been put into the hands of activists of colour – people whose heritage is from the Global South (Africa, Asia, the Caribbean, Latin America, the Middle East). Beyond the peace movement, it’s hard to think of any major, regular activist event in the UK that has been mainly organised by white people and which has then handed power and responsibility over to a group of Global South-heritage folk.

Peace News Summer Camp started in 2009 and has run successfully for four years, first in Oxfordshire (courtesy of brilliant activist-farmer Adam Twine) and then in Shropshire (hosted by the wonderful Crabapple Community). We’ve been having over 200 people come the last couple of years, with very positive feedback about the content of the workshops and the way the camp has been run, and lots of return campers.

Last year, as the result of a George Lakey-run workshop on power and diversity held in Manchester just before Summer Camp, I proposed and the organising group accepted the idea of a new black organising group leading the 2013 process.

At the first meeting of the group, we struggled quite a bit with terminology. Everyone agreed we wanted to move away from ‘minority’ language – ‘ethnic minorities’. I personally prefer the language commonly used in activist circles in the US: ‘people of colour’ (except they write ‘of color’). There were people at the meeting who didn’t feel they ‘deserved’ to use ‘black’ or ‘Black’ as an identifier.

One piece of language that I hadn’t heard before found widespread support: people with a ‘global majority’ heritage, referring to the fact that ‘black and minority ethnic’ people actually make up most of the people on the planet.

The term ‘global majority’ has been promoted a lot by Gus John, an associate professor of education at London’s Institute of Education, and formerly Britain’s first black chief education officer (for Hackney council in London). 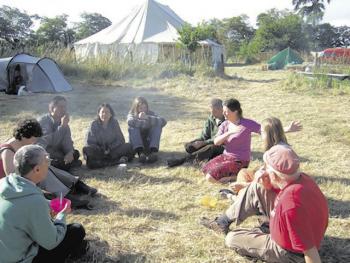 Professor John said in 2009: ‘I contend that so long as we live with racism in this society, so long as our existence as black people in all walks of life and in just about every interface with the society is mediated through the dynamic of “race”, so long as the schooling and education system continues to be anything but inclusive of black people in all our complexity and all our richness, we do not have the luxury of being professionals who simply happen to be black.’

There is a clear parallel here with politics and activism, and the luxury of ‘being activists who simply happen to be black’.

In our case, when the 2013 organising group came together to discuss themes, one idea came to the fore immediately: learning from the Global South. We had had experiences ourselves, or we knew of amazing community organising or social experimentation or political interventions taking place in the Global South, and we wanted to bring this to the forefront at the camp.

Of course there are a lot of issues that are gripping the British peace movement that have to be discussed and debated at the camp, as always, but we decided to place at the centre of the agenda ‘learning from the Global South’ as a theme. 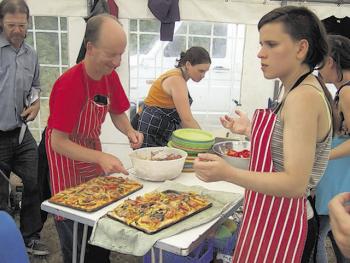 On the other hand, as ever, the camp will be family-friendly, with an experienced children’s group building on the lessons we’ve learned over the years. As usual, we’ll be renewably-powered, environmentally-sustainable and chock-full of participatory democracy. As always, we’ll be inclusive and friendly and bringing together people of all ages and races and cultures and faiths (and lack of faith) and sexualities and abilities.

As ever, the camp will be about enjoying life, enjoying debate and learning and sharing, and enjoying the making of radical social change.

Milan Rai is a PN co-editor and is the founder of Peace News Summer Camp.