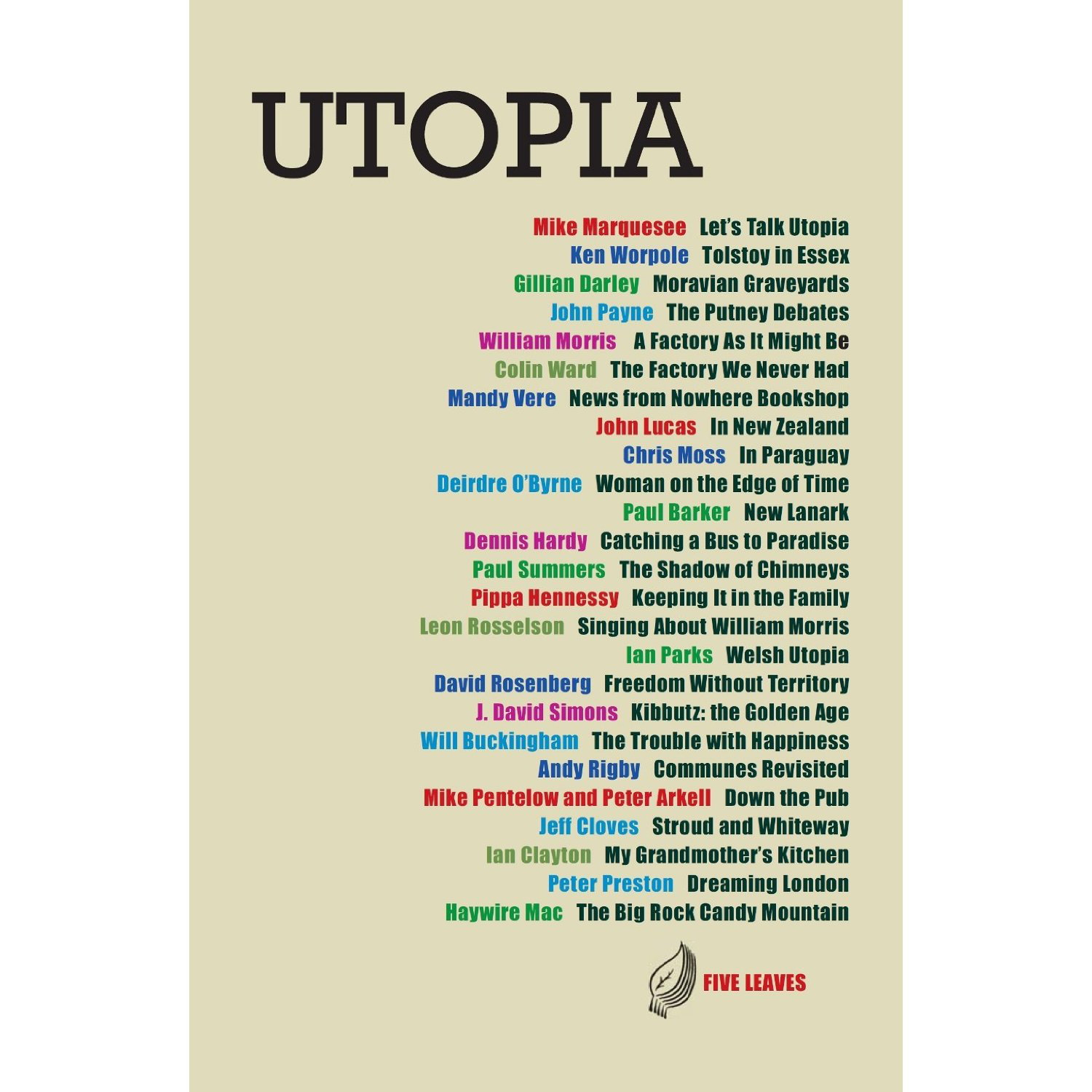 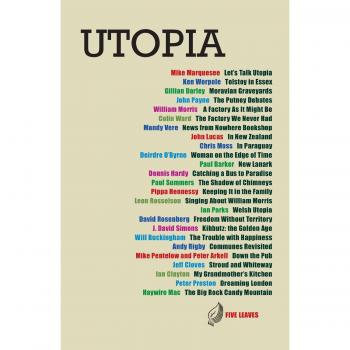 Utopia is the second of Five Leaves’ annual journals and features contributions from 23 writers, essayists, songwriters, poets – some living, some dead – loosely based on the subject of utopia; although Utopias (plural) might read more accurately.

Books about Utopia(s) are always necessary, but with our supine parliament and the monumental lack of inspiration and aspiration exhibited by its constituent MPs, how absolutely necessary this one is now. Mike Marqusee’s opening essay is inspirational and he reminds us that ‘for William Blake, the work of Utopia was a daily duty of the citizen’, as it is now – knowingly or unknowingly – for all readers of PN. Peace on earth is what we are all aiming for and this book reminds us that not only is this state desirable, it is achievable and historic failures should urge us on and not discourage us.

If Utopia has a hero then it must be William Morris. No matter how diverse the essays in this book – and some veer wildly away from its avowed subject – Morris’s ideas and their influence crop up over and over and remind us that he was an eminently practical visionary. His lovely essay, A Factory as it Might Be, is included and dear Colin Ward’s The Factory We Never Had follows it immediately. How Colin’s voice is missed now and it’s good to encounter him here.

How good too to find the lyrics of Leon Rosselson’s The World Turned Upside Down and Haywire Mac’s vision of a hobo’s Utopia in The Big Rock Candy Mountain. Marie Louise Berneri’s Utopias of the Nineteenth Century is an invaluable inclusion, though a stuffy read, but there are sparky individualistic pieces by, among others at random, Ken Worpole, Deirdre O’Byrne, and Paul Barker.

The essays are catholic in subject matter: diverse, speculative and generally avoiding being too earnest. By and large they are a good read and should entertain and inspire all who chance upon them. As for Haywire Mac, his utopian vision was written at the turn of the century and became a (sanitised) hit for the folkie filmstar, Burl Ives, in 1949. Not quite William Morris, but ‘invented work’ was a Morris bugbear – as it should be ours.